In Conversation with Director MOHSEN MAKHMALBAF

Makahmalbaf and crew in conversation with Monika Kshatriya

Branded a revolutionary in reel and real life, Makahmalbaf dropped out of school as a teenager to fight the Shah’s rule and was imprisoned for five years.   After his release, he started penning novels and stage plays.  In 1987 his movie ‘The Peddler’ made the international audience sit up and take notice.  He then became a controversial figure in 1991 when two of his films (A Time of Love and The Nights of Zayandeh) were banned for dealing with physical love and raising doubts about the revolution. His film ‘The President’ opened this year’s International Film Festival of India, now taking place in the Goan capital. He sat down for an exclusive interview with writers Bina Datwani and Monika Kshatriya.

Question: Judging by the queues snaking around for your films at IFFI, it appears that you’re a bigger draw than Bollywood; what is it about your brand of cinema that makes it so popular?

Answer: I believe a filmmaker has a responsibility to society and so my movies are made as an attempt to change the world.  The themes are about the daily lives of ordinary people from an artistic and political angle. Basically I use cinema as a mirror for people’s realities and maybe that’s why my films are appreciated. Audiences can relate because it’s actually a reflection of them.

Q: Why is it that the topics you tend to pick seem to have a sense of rebellion and revolution in them that in turn have led to political ramifications?

A: Growing up in Iran forced me to get involved with politics from a young age – I learnt that revolution was the only way to change our situation.  It’s like when the cinematic new age arrived where a mini digital camera could be used to shoot an entire film. Similarly with us we realized a small group of people could make a big difference. But nowadays there’s too much violence. I prefer Gandhi’s style of peacefully forcing changes and using culture to educate people.

Q: Your film ‘The President’ was inspired by the Arab Spring uprising in Egypt but some people feel that these revolutions are (manipulated) by the West and have accused you of simply reflecting their point of view – how would you react to this?

A: There was no foreign angle in this film – it’s my own personal view.  But I agree that the West is guilty for the Arab Spring failure because ousting a dictator still didn’t bring about democracy.  The world has been struggling for a democratic government since the last century but there are still many countries that are only in the first stages.  We need a cultural revolution that will change behavioral patterns.  Take India as an example. I love its diversity and philosophy but why is your beautiful country so dirty?  You deserve better and the only way to get this is by educating people about good governance through good culture although this may be a chicken and egg situation because we don’t know what needs to come first.

Q: A large number of your films can’t be freely screened in Iran due to government opposition. How do you reach out to the public there?

A: The high censorship in Iran is why I left the country as it was affecting my work.  But the black market and online platforms like YouTube are making it possible for people to still see my films.  However this comes at a price because it affects the overall monies earned and is a problem faced by filmmakers across the globe. 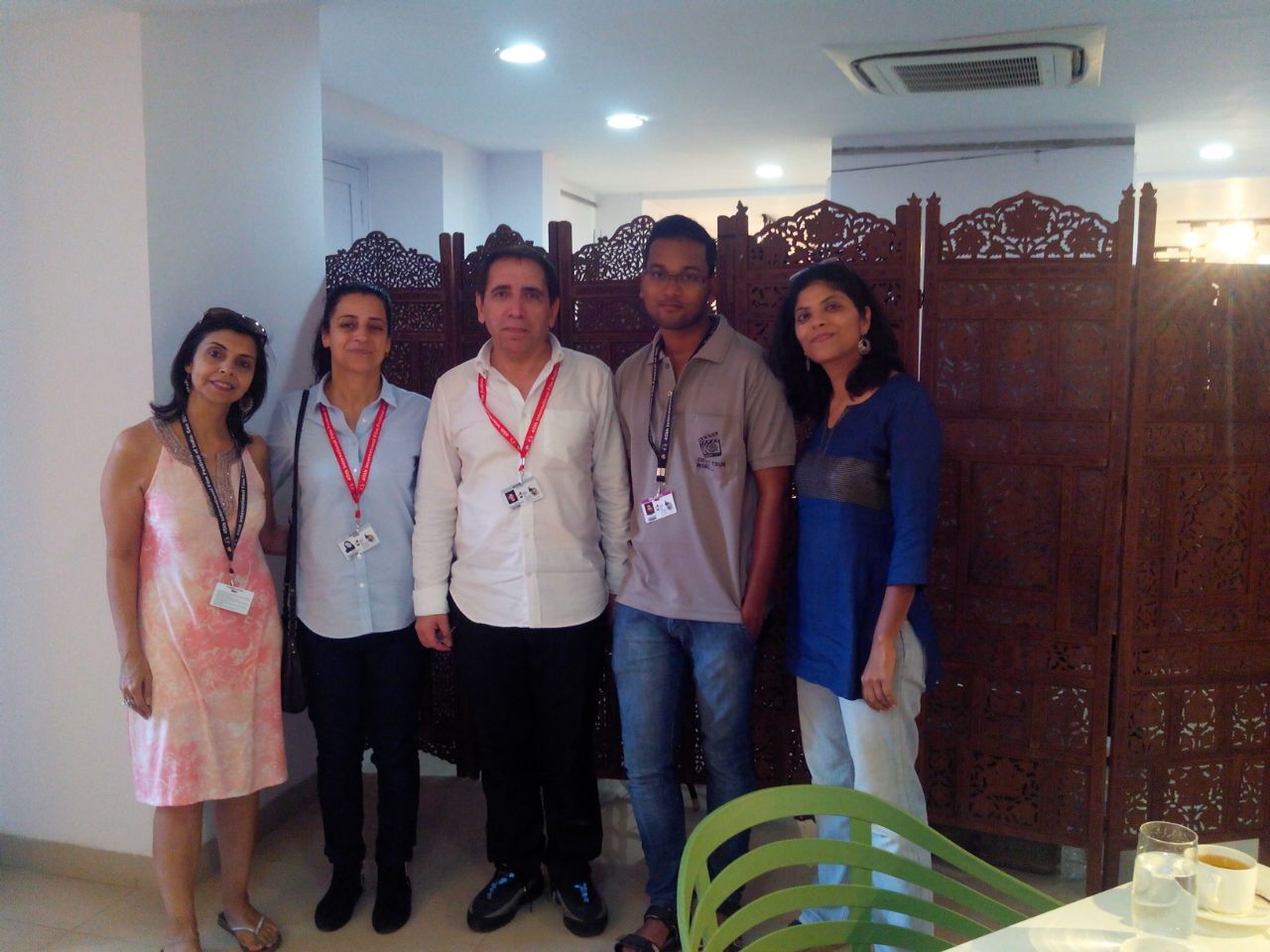 Q: What is your opinion about the current trend of films being made?

A: Every day there are thousands of tragedies taking place but no one is interested in making a film about them.  We need to shed light on the darkness and air our issues.  Why do Bollywood and Hollywood create the same cliché movies which lead to cliché audiences that result in  cliché politicians who form a cliché government? Cinema shouldn’t be about becoming a superstar or showing off – it must come from a love for creation and reflect a responsibility for human life.  The artists who chase money have shamefully sold their souls to Satan and will have many regrets in their afterlife.  I believe a Bollywood star has more power than your government to change India, yet they remain silent.

Q: You’re a self taught filmmaker without any formal training. Do you feel this has led to a different engagement with your audience?

A: I didn’t finish school but believe that the actual ‘university education’ came from my numerous jobs.  The second ‘university’ was the years spent in prison where I read two thousand books.  But cinema can’t just be learned; it’s an art and you have to discover it on your own.

Q: Your entire family is now involved in films. Do you collaborate with each other?

A: My wife and I do work together taking turns at writing and directing.  In fact one of her films is also being screened at this IFFI.  Our children (two daughters and a son) who make documentaries and shorts have all at one time or other worked on one of my projects.  They fell in love with cinema because of their love for us.

Q: What has been your experience at IFFI this year?

A: I love the Indian audience because of their different thought process – they like to participate in the film by discussing it while watching and try to predict the outcome.  They want to share their ideas and so try to understand the film better.  Film festivals are important because they help to keep the independent filmmaker alive.