Who will rule the capital of Goa? With municipal elections just 7 weeks away, dosage political horse trading, mutual recriminations and old-fashioned Goan intrigue are well under way as the people of Panjim prepare to hit the polls.

The first thing you need to know about these upcoming elections is that revolution is not at hand. That’s because the party best positioned to shake things up – Aam Aadmi – is considered to have virtually no chance of winning enough of the 30 council seats at stake to name Panjim’s next mayor.

Instead, the real fight is between a grouping of former and current Congress politicians led by Santa Cruz MLA Atanasio Monserrate, known popularly as Babush, and a ramshackle BJP coalition promising a fast track to prosperity.

It’s anyone’s guess who will win the March 6 vote. But one of the most noteworthy developments in the run-up to the election of the Corporation of the City of Panjim is Monserrate’s decision to bury the hatchet with his one-time rival, former mayor Surendra Furtado, joining forces with him to beat the BJP.

“We are coming together for the sake of Panjim. If you can see, Panjim has deteriorated. The reason for coming together is to ensure that the BJP stays out of power,” Furtado said in views echoed by Monserrate.

What does all this mean to you and me?

The truth is a victory by either the Monserrate-Furtado coalition or the BJP stalwarts is not likely to fundamentally change politics-as-usual in the Goan capital. It would be naïve to assume these elections could make a serious dent in the prevalence of crony capitalism, corruption and red tape. Whoever wins, the nods to development and the half-hearted commitment to public improvements are likely to continue, as is a slow, and more or less steady, march toward infrastructure improvement.

To be sure, the BJP folks insist they’re best positioned to usher in progress because they count on the support of both the state and central governments, each of which is also dominated by the BJP. Panjim’s prospects of becoming a “smart city” will be improved quickly, they say, because of their links to the centre. 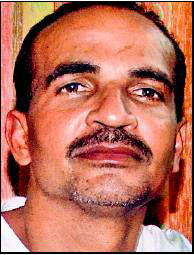 The Monserrate-Furtado folks, for their part, insist that a vote for them is a vote for a better, more efficient city – one that is more responsive to the needs of the people.

Aam Aadmi is the one party promising substantive change, but because of their small size, their best hope is to establish a strong foothold in Panjim politics rather than outright victory.

Anastaio Monserrate, the Santa Cruz MLA, is a political heavyweight from Taleigao who holds sway over much of western Panjim. Panjim is currently in the hands of the BJP under the leadership of Shubham Chodankar.

Many Panjim residents wish the Aam Aadmi Party were larger and better positioned. Ashley do Rosario, a Panjim resident and one time candidate for city office, laments the long standing battle between Monserrate and former Panjim MLA Manohar Parrikar, a former Goa Chief Minister and the current Union Defence Minister who is known locally as Bhai.

“The CCP election has become a joke. Power is alternating between Babush and Bhai. The people of Panjim have been made fools of. I really hope a third alternative like that of the AAP offers an alternative to Panjim,” do Rosario said.

The Furtado-Monserrate saga is something of a soap opera. Monserrate helped Furtado become mayor of Panjim in 2013, but then withdrew his support two years later and Furtado was unseated.

Now the two are back together, but not many buy the “for the sake of Panjim” argument. Rather, most see it as marriage of convenience, with Furtado likely having been promised a full five-year term as leader of Goa’s most important city.

Monserrate refused to say as much, but did acknowledge there have been discussions on who would be mayor. 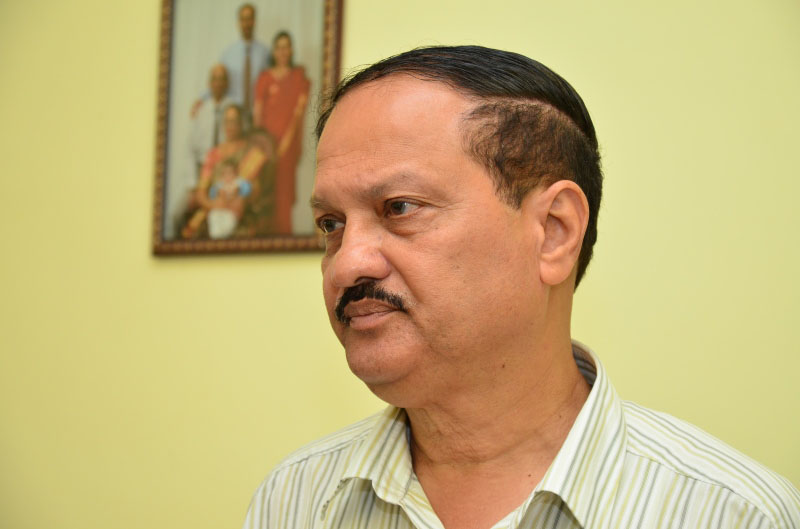 The BJP camp is keeping its cards close to its chest over its plans for the Panjim polls. With the party ruling at the centre and the state, the Panjim elections are the its to lose.

A crucial factor this time round is Parrikar’s absence. A common belief in Goa these days is that Parrikar and Monserrate have agreed not to oppose each other in the machinations of Goan politics. That belief was bolstered by Monserrate’s decision not to support Furtado in the Panjim byboll called to replace Parrikar’s seat in the state assembly when he was called to New Delhi, allowing Parrikar’s protege Siddharth Kuncalienkar to win at the polls.

Whatever their prospects in the upcoming election, the AAP is promising to usher in a new kind of politics.

“People are suffering and biding their time to express their frustration,” said AAP secretary Valmiki Naik. “The city is suffering from various issues, be it garbage, traffic, law and order, parking and other basic issues. The AAP will put up a citizens’ panel and our volunteers will campaign for these candidates. We will come up with a manifesto for corruption-free governance which the people want.”

The Corporation of the City of Panjim deals mostly with mundane issues such as garbage collection, the vegetable market and parking. But make no mistake. If the local government truly has the people’s interests at heart, a better life is possible. 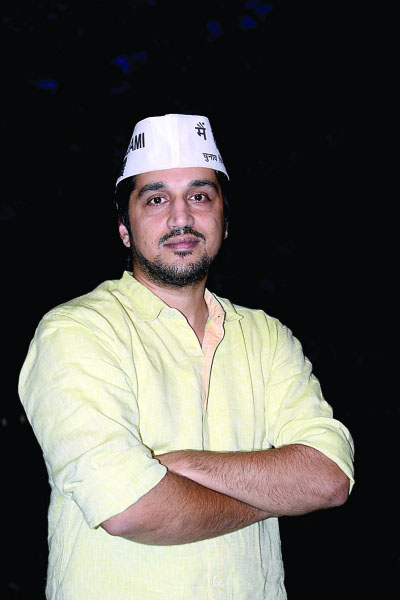