Ok, order so it’s not exactly magic. But if you consider all the medicinal, nutritional, search environmental and overall health benefits of Moringa Oleifera, or drumstick, it may as well be. This tree, which grows abundantly in Goa and whose leaves are readily available in Goan markets, is said to prevent some 300 diseases. It… END_OF_DOCUMENT_TOKEN_TO_BE_REPLACED

Ok, order so it’s not exactly magic. But if you consider all the medicinal, nutritional, search environmental and overall health benefits of Moringa Oleifera, or drumstick, it may as well be. This tree, which grows abundantly in Goa and whose leaves are readily available in Goan markets, is said to prevent some 300 diseases. It contains 92 nutrients and 46 types of antioxidants.

Known by 400 names in languages around the world – soanjana in Bengali, sakhta in Malayalam, mostu uango in Konkani, drumstick in English – Moringa itself comes from the Tamil language, and the most commonly cultivated species of Moringa is native to India. In addition to various parts of Asia, the tree is also found in Mexico, South America and North Africa. It grows easily from seed and cuttings and is fast growing and decorative.

The leaves are rich in vitamins A, B and C, as well as many proteins and minerals such as calcium and potassium. Rare for a plant, the leaves contain a great many essential amino acids and other substances to build strong healthy bodies. These are said to fight depression, improve memory, promote a healthy thyroid, improve immune function and release growth hormones for optimal muscle growth and tissue repair. In addition, the substance contains potent antioxidants important for the prevention of cancer. 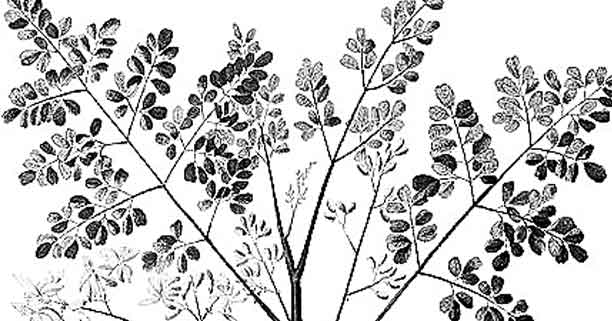 No wonder Moringa has been dubbed “the miracle tree”. The leaves, seeds, pods, flowers and other moringa parts can be consumed by humans in various forms. Cultivation of the tree is being promoted in various parts of the world, including India, as a means to combat malnutrition.

Moringa has long been recognized by folk and Aryuveda medicine practitioners in India. Growing as tall as 25 feet, its bark resembles cork and it has long and feathery leaves. The leaves shed at the end of summer, and with the onset of the monsoon new leaves grow. It flowers from February to April with honey scented clusters of white flowers, rich in potassium and calcium. The flowers must be cooked before eating, usually mixed with other food or fired in batter.

Fresh leaves are eaten as greens, in salads, in curries, pickles, or used for seasoning. They can also be pounded and used for scrubbing utensils and cleaning walls.

The dried leaf can be stored indefinitely, and is a nutritional powerhouse in developing countries, especially among infants and nursing mothers. One hundred grams of fresh leaves provide the same amount of protein as an egg, and as much iron as a steak.

The bark can be used for tanning, also yielding a coarse fiber. Leaves and young branches are relished by livestock.

Moringa’s pendulous pod like fruit yields edible oil known as Ben Oil, which is clear, sweet and odorless, and never becomes rancid. Its nutritional value closely resembles olive oil. The thick root is used as a substitute for horseradish, though this is now discouraged as it contains alkaloids not fit for human consumption. Another warning: though some claim health benefits for certain moringa products during pregnancy, there is evidence to support that it can cause miscarriages. So it’s best to avoid during pregnancy. 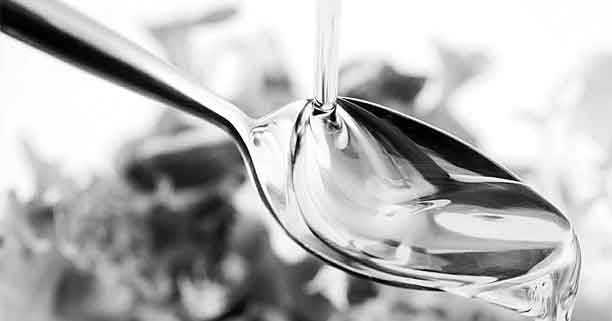 There are other uses for Moringa in addition to its nutritional and medicinal value. At the Thyolo Water Treatment Works in Malawi, two researchers from the University of Leicester, England, have worked on substituting moringa seeds for alum to remove solids in drinking water. Using Moringa rather than alum would save foreign exchange and generate farm employment.

Moringa is also being used as biodiesel in many countries around the world. There’s a lot of potential in this area, given the high yield of moringa trees.

Moringa is not always cultivated. We find lots of it growing wild right here in Goa. Consume it, and reap extraordinary, ceaseless health benefits!