Francisco at the Panjim Inn

GS: What was your reason for coming to Goa?

Francisco: I came to Goa in the year 2006 to do field work for my PhD. My aim was to film Portugal’s former colonies and how they develop to gain their own identity and national consciousness. My supervisor asked me if I was a millionaire. After all, salve you need money to travel all over to these colonies. When he found out that I was not a millionaire (laughs), ambulance he told me to concentrate on just one colony. And that was Goa.

GS: Pursuing your Phd was your mother’s dream. Can you comment?

Francisco: My mother always wanted me to finish my degree. Back then I really didn’t think of it seriously. But after she passed away I thought and decided to use the economies that she left me to fulfil her dream …She was extremely devoted to St Francis Xavier, after whom she named me. He is also my godfather. Again when I came to Goa for my field work, I was completely ignorant of Goan history. I had no idea that St Francis relics were here. When as a tourist I visited the Basilica in Old Goa, I had no doubts that my mother’s little finger was still showing me the way (smiles).

GS: Why did you decide to do more documentaries on Goa?

Francisco: It was a coincidence. I witnessed this huge Save Goa Movement that was taking place in 2006. I was present at one such demonstration in December. I was probably the only foreign journalist filming it. Here, I got talking to some interesting people who were surprised to know how much I knew of Goa and its culture. After coming to Goa, I was putting my hands in all books I could get about its politics, religion and social rituals, folk … actually I was surprised with the passion Goans had for their homeland. And so although my main idea was to stay in Goa only for nine months to shoot for my PhD, I ended up spending a couple of years here. I was invited to do a TV series on Goa for a Portuguese channel. I did this for two years. 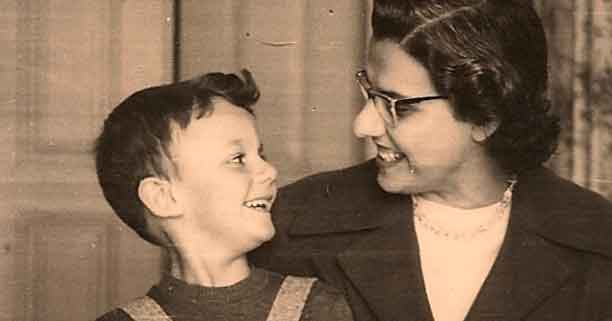 Francisco with his mother Vera

GS: After that you went to Portugal, only to return to Goa…

Francisco: (Smiles) After those two years, I returned to Portugal. Reaching there, I quickly got an assignment for a new film. Guess what was the assignment? Three documentaries on Goa’s Liberation! This took up another two years for which I had to shoot in Goa and Portugal. The first episode was screened on December 19, 2012 on Portugal TV. When I thought Goa was part of my past, only then I understood how wrong I was. Goa had become a kind of curse (laughing loudly). A week before the screening of this series, I got a call from Panjim to produce another film on Goa. Of course I said yes. This documentary is currently in post-production.

Francisco: In the West, everything is pasteurized like the milk but here everything is alive. There is a relationship with nature. Goa is a place from where I have unforgettable memories. My daughter was conceived in Goa…We had a working title for her name which was India (laughs) …I like Goa, because here people are not castrated by rules and regulations …when you become a ‘civilized’ person, which many think is a good thing you forget what freedom is.

GS: Your constant work takes you around the world … How do you balance your family life?

Francisco: I can only have a family that is as gypsy as I am…

GS: You feel homesick in Goa?

Francisco: I have made many nice friends in Goa. So I am not really homesick. However, there are two things that I miss in Goa. One is a colourful social life. Here I notice that people meet in churches, cemeteries, etc. They are not used to meeting outside such confines. I mean for instance, if I ask someone to join me for dinner they look at me puzzled and ask, ‘Why? Is it your birthday?’For me this is so strange. But with the younger lot this is changing. The other thing that I miss is the near absence of skin. This doesn’t make me homesick but I feel like asking ‘where has all the skin gone?’In Europe we are so used to people wearing fewer clothes. It makes an intense visual difference. 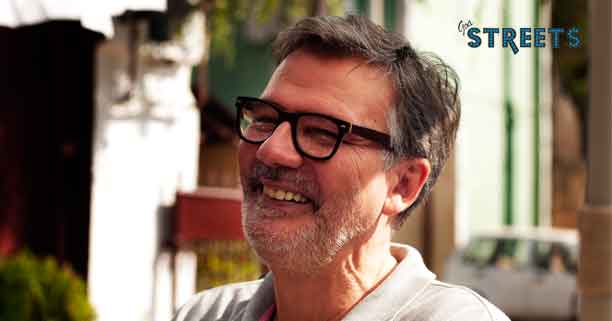 Francisco: A filmmaker never knows the future. It’s an interesting profession. A gypsy at least travels in a certain direction, say maybe according to the weather or food availability or a new market, but we absolutely don’t know what’s next.

GS: When will you be visiting Goa next?

Francisco: I am not a religious person, although I was raised like a Catholic, but I would live to come this year in December for St Francis Xavier’s exposition. In a way, it will be a tribute to my mother. Wherever she might be now I am sure she will be happy and smiling.