At the Gallery Gitanjali in Panjim

Painting based on the refractive quality of water by Suhas Shilkar

At the Gallery Gitanjali in Panjim

In one of her earlier exhibitions, art curator Neeta Omprakash displayed a work depicting a goddess of water, and a spark was lit – giving rise to a fabulous group show now happening at the Gallery Gitanjali in Panjim, titled “Life of Forms Through Water.” The show, on from Jan. 5 to 12, features works of Indian, African and Iranian artists settled in the United States, among others.

“Life as we know it began from water. Water in the womb cradles the beginning of our existence. We search for life on other planets by the existence of water in them. The potential of water to give life as well as take it away has intrigued humanity since its origin,” Neeta explains.

Artists, she says, have long explored water and its immense significance for humanity through religious rituals, myths, folk tales, poetry, music and paintings. This exploration transcends cultures and time.

“Today, the world over we are grappling with the spill offs of greed and ignorance as our water bodies are fast disappearing or getting poisoned,” Neeta says.

Judy Blum Reddy sees life as an inescapable struggle against disorder, and that’s depicted in her fathomless inventories and compilations. She exhibits a ‘heat transfer’ print panel of various names the river Ganges is known as in Sanskrit, translated into English.

Afarin Rahmanifar is a leading Persian painter, with a vision that intersects points of eastern and western cultures. She specializes in Persian miniatures.

Kathryn Mayer has visited Goa several times, and exhibited with Goan artist Prof. Hanuman Kambli. The photograph she took in Varanasi of a contaminated water body focuses on the individuality of each moment impacting the environment. Her style reflects unique energy of movement and gesture which is visually startling, quietly intriguing and always powerful.

Robert Kirschbaum is a professor of fine arts at Trinity College in Hartford, Connecticut. 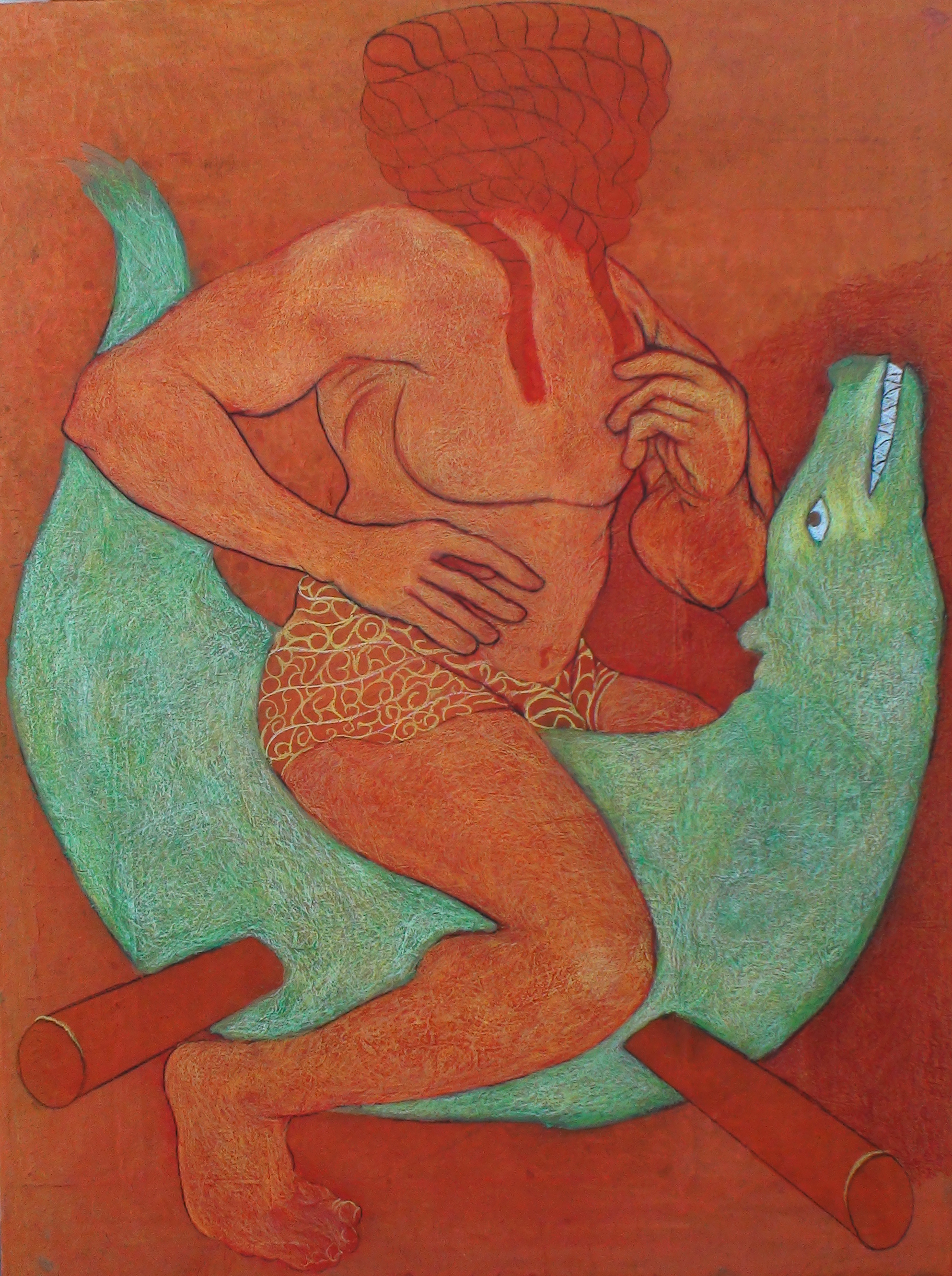 Prof. Reddy is an acclaimed printmaker and sculptor who received the Padmashri in 1972, the Jnanpith Award in 1993 and the Lalit Kala Ratna Award in 2007, for his outstanding contribution to Indian literature.

Amina Ahmed, a Kutchi Turk Indian born in Africa, is a visual artist, educator, curator and activist. Her projects are inspired by her interest in human rights and coalition-building.

Anjali Deshmukh’s work takes the form of conceptually related digital drawings, fiction, and paintings that examine relationships between the sublime, geopolitics, and mythology.

Among the Goan artists, Prof. Hanuman Kambli has a print that could be described as the first “selfie” man would have seen of himself reflected in water. 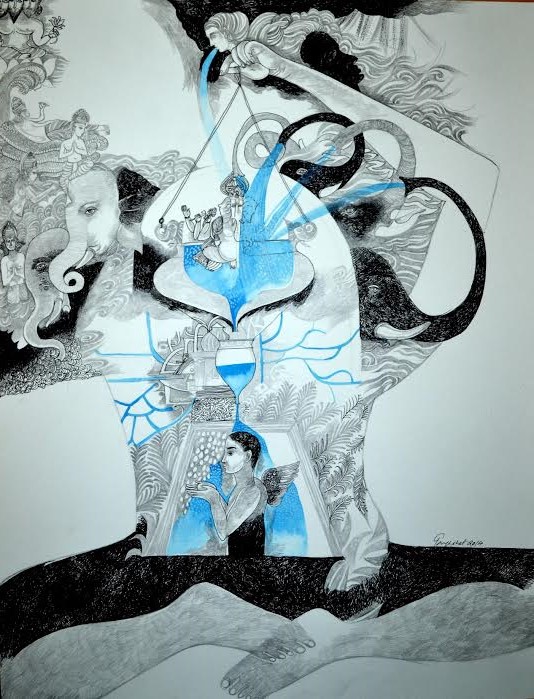 All have depicted water in various forms, some with political overtones. We worship rivers but don’t hesitate to contaminate them. Those who can afford to buy bottled water for drinking throw the plastic bottles in water bodies, and in many places in India people drink contaminated water. 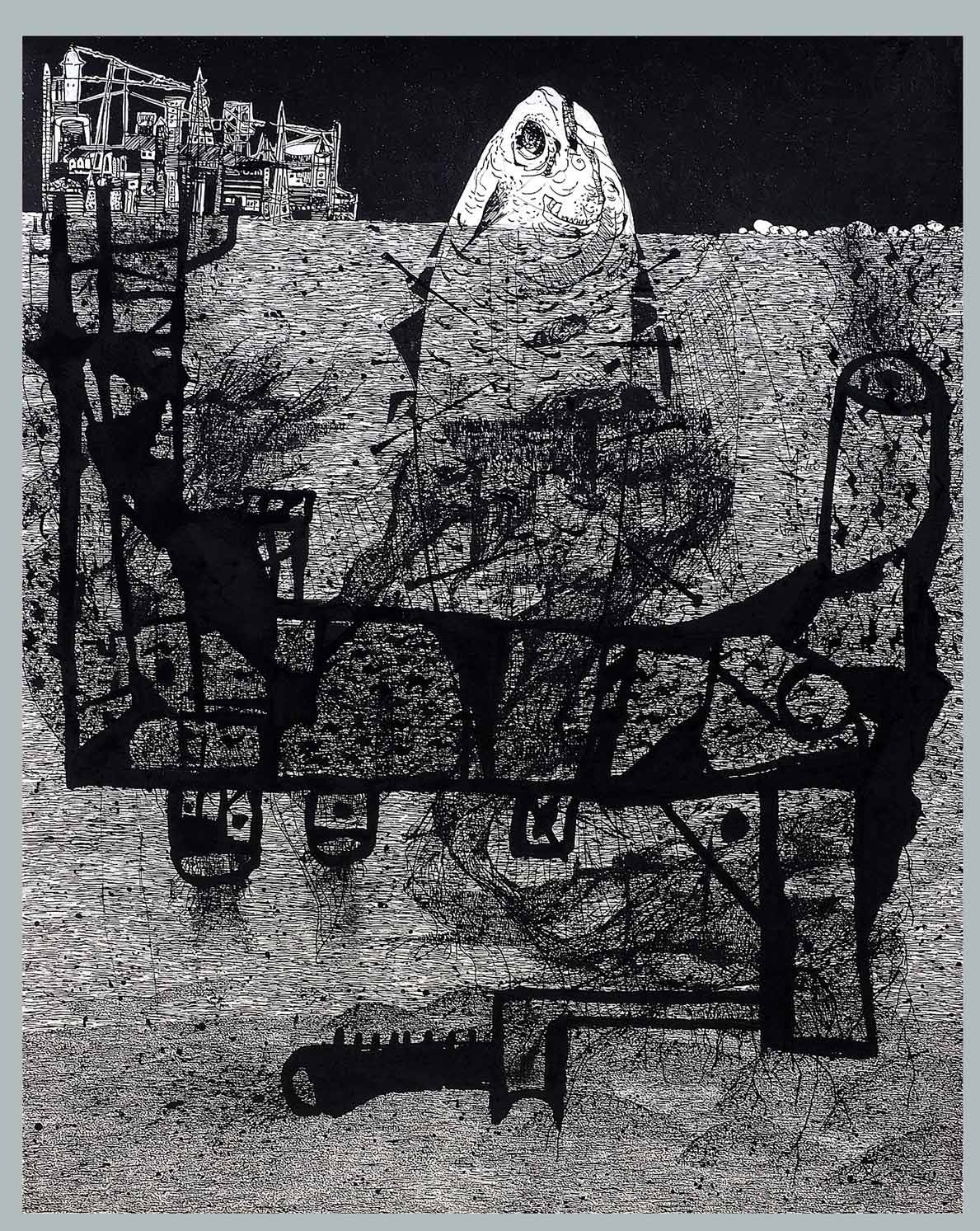 This exhibition forms part of a Visual Project that also includes a daylong symposium entitled “Syncretic Religions and Eclectic Art Styles” held at Fundacao Oriente on 7th January and a printmaking workshop at Ray’s Atelier in Colva from 9th to 16th January .

The events are sponsored by Lalit Kala Academy and supported by Gallery Gitanjali, Fundacao Oriente and Ray’s Atelier. The exhibition continues till 12th January, at Gallery Gitanjali – Fontainhas, Panjim. 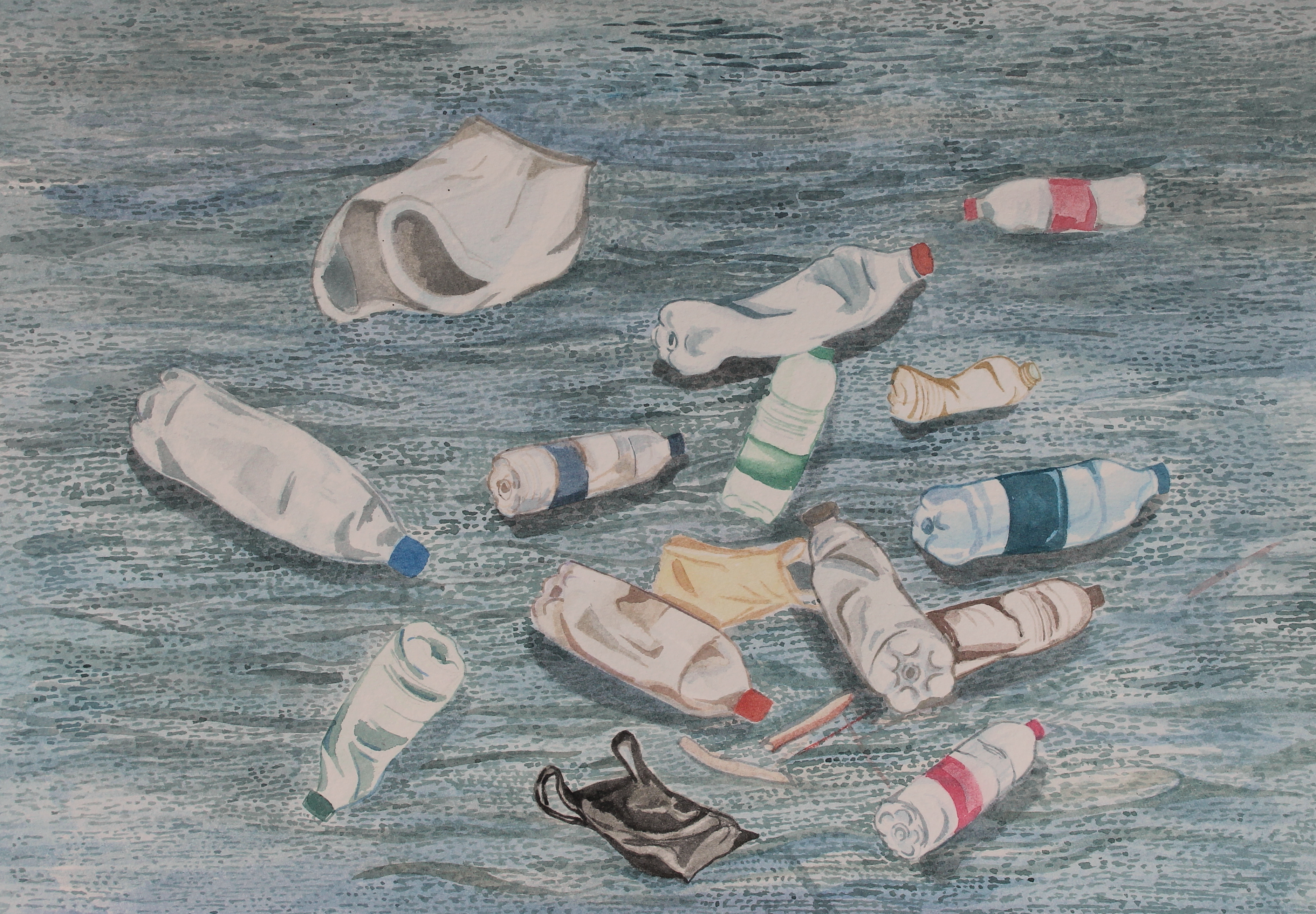