When was the last time you were kind to someone? With 13th November being observed as World Kindness Day, physician research has supported that random acts of kindness breed more kindness – and superior mental health. Whether you volunteer your services at a local NGO or donate money to the poor or lend a helping hand to the victim of an accident, generosity benefits not only the recipient but also the giver.  From enhanced well-being to increased longevity, psychologist Dr. Charlane Pereira e Rebello delves into such pro-social acts and the myriad benefits.

As I was waiting for my better half, Savio, to pick me up from the shopping mall, I saw an elderly man waiting anxiously to cross the street. After 5 minutes, I saw a young girl holding the aged man’s hand and helping him to hobble across the road while impatient drivers honked repeatedly at them. My heart melted at the girl’s gesture, and raged at heartless honkers.

As a virtue, kindness may not be lost. Though some people are gruff and grumpy by nature, most of us are capable of great generosity. The late American psychologist Abraham Maslow termed these altruistic acts as ‘peak experiences.’ Such moments of awe make us aware of humanity and give us a sense of rightness.

Perhaps this is what is being experienced by a social worker in her 70s who spoke about one of her neighbors who is poor and suffers ill-treatment by her relations.

“I take care of her when she falls sick and also pay her medical bills,” said the social worker, whose act of kindness will remain anonymous, as she asked me not to include her name in this story (in many societies, anonymous giving is considered the most noble).

And here’s what one gentleman in his 80s (who also doesn’t want to be named) said about his efforts on behalf of another human being.  “I have sponsored Rs 50,000 towards the education of a young man. He couldn’t afford it. In another 7 years, he will finish his studies at the seminary.”

He continues, “I have been blessed in many ways and it is time that I give back to the society in whatever way I can.”

To be valid, of course, kindness need not be directed toward members of one’s own species.

A friend of mine, an animal lover, was passing along a road when he spotted 5 caged birds (red ringed green parrots) with a local seller. Saddened by the plight of these creatures, he decided to buy all of them and set them free. As money exchanged hands, the gentleman opened the tiny doors of all the cages and released all the birds at that very moment!

Acts of kindness are not only beneficial to the recipient but give a sense of “high” to the giver, known as the helper’s high. The American social psychologist Jennifer Aaker found that generous acts produce the biggest spike in happiness among a series of other acts.

Rather than general notions, Aaker’s team has found that having concrete goals – such as making others smile by giving a gift, narrating a funny story or perhaps lending a helping hand – make us most happy. 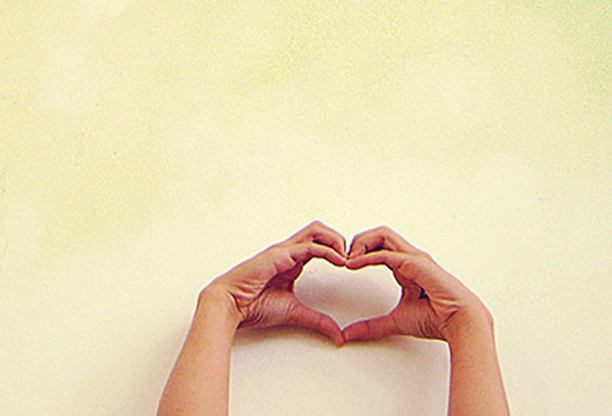 Aaker explains, “Parents often say they just want their kids to be happy. Equally common is a desire to make our partners, family members, and friends happy. But few of us know exactly how to bring happiness to the people in our lives.”

Peter Carvalho has voluntarily cleaned the Raia Spring of tons of garbage from September 2013 to January 2014. It seems that he and others working to clean up Goa are achieving a better environment not just on the outside, but on the inside as well.

Studies have revealed that acts of generosity release oxytocin. This hormone in turn releases a chemical called nitric oxide in blood vessels, which dilates the vessels, reduces blood pressure and protects the heart. Science is showing, therefore, that kind people do in fact have a good heart!

A recent scientific study in United States reported an anonymous 28-year-old person walking in a clinic to donate a kidney.  This set off what the New England Journal of Medicine report called as ‘domino effect’ where 10 people received a new kidney. Spouses or family members of recipients donated one of their kidneys to someone else in need.

Sonja Lyubomirsky, professor of psychology at the University of California, Riverside has found that engaging in 5 acts of kindness each week for 6 weeks resulted in improved happiness.

In another study, Jorge Moll found that the act of charity activates regions of the brain that are associated with pleasure, social connection, and trust, creating a ‘warm glow’ effect.

Doug Oman of the University of California, Berkeley found that elderly people who volunteered for 2 or more organizations were 44 % less likely to die over a 5-year period than non-volunteers.

In 2003, Stephanie Brown and her colleagues of the University of Michigan found that those elderly couples who provided practical help to friends, relatives, or neighbors, or gave emotional support to their spouses, had a lower risk of dying over a 5-year period than those who didn’t.

Small and thoughtful gestures can surely make someone else’s day. From offering your bus-seat to a pregnant woman to giving away your child’s old clothes to the orphanage, acts of kindness inspire others to be generous as well.
The moral of this story: Be nice, and you will live a long, healthy life!