Way to Go, Mircho Go! But Sorry You Don’t Like The Biogas

Earlier this month, Goa Streets ran a cover story on a new alternative energy source in Margao converting wet waste into biogas that can be used for cooking. The story was part of Streets’ ongoing Keep Goa Beautiful initiative, highlighting some of the state’s most notable efforts to rein in Goa’s deeply damaging garbage scourge. Our story stated that there were no takers for this special biogas, except for a single restaurant in Margao called Mircho Go. Goa Streets’ Claron Mazarello visited the restaurant after the story ran, in hopes of congratulating them for being the only establishment in the city brave enough to try out this eco-friendly fuel. What he discovered upon his arrival, however, was quite a surprise.

Mircho Go’s owners were not happy at all with the gas, and regretted their decision to acquire it. The problem, they said, is that it cooks too slow, and therefore is not suitable for a restaurant.

“We were recommended this unit by a local politician. But this somehow does not work with commercial establishments like us. LPG (Liquefied Petroleum Gas) is much faster,” said Pratap Pujari, who manages the restaurant his cousin Prakash founded.

Contacted for comment, Parag Mody, who’s in charge of the Margao project turning wet waste like vegetable scraps into biogas, said the problem is not so much the gas as the lack of proper equipment needed to use it. This kind of gas, he said, requires a custom-made stove featuring a wider burner with bigger holes that can accommodate a different air-to-gas ratio. 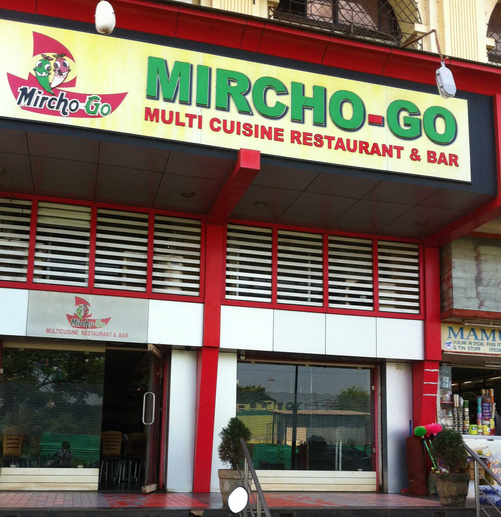 “I had made a 25-kilo stove and checked that it takes the same time for boiling water viz-a-viz when cooked with LPG. A little more investment into research and development  … and the perfect stove could be designed, manufactured and sold,” Mody said.

It turns out, however, that the issue may soon become moot. Mody’s current plan is to move away from using the biogas for cooking and instead use it for electricity generation.

In the meantime, the vast majority of this energy source created by transforming fish bones, meat entrails and vegetable waste into methane gas is burned in a large furnace each night, engendering a nightly three-foot flame that symbolises the long distance the project must travel before it becomes effective.

This and projects like it have the potential to make an extraordinary contribution to the cause of a greener Goa. But just as the gas must fit the stove, action on the ground must fit the will for change.