Unlike human beings, not all illicit drugs are created equal. There are uppers and downers and chill-out smokes and energy snorts. Some make you mellow and others rev you up. They are generally harmful to health, with some exceptions, such as medical marijuana for cancer or glaucoma patients. Drugs in Goa have long been associated… END_OF_DOCUMENT_TOKEN_TO_BE_REPLACED

Unlike human beings, not all illicit drugs are created equal.

There are uppers and downers and chill-out smokes and energy snorts. Some make you mellow and others rev you up. They are generally harmful to health, with some exceptions, such as medical marijuana for cancer or glaucoma patients.

Drugs in Goa have long been associated with addiction and crime, and for good reason. Since they’re illegal, if you do use, buy or sell them, you are in fact committing a crime. And everyone knows about the slippery slope of even sporadic, recreational drug use, which can easily descend into life-destroying addiction.

But here’s something many readers may not know: Many people, often intelligent, thoughtful ones, see unmistakable benefits to the occasional use of certain mind-altering substances. Tribal peoples around the world have long used hallucinogenic plants and herbs to “commune with the gods.” Others believe use of certain narcotics such as “magic mushrooms” or LSD open up parts of the brain to which we normally don’t have access. Timothy Leary, who died in 1996, was perhaps the first and most celebrated advocate of psychedelic drugs and their potential to enhance the human experience on earth. He also gave the hippies their favourite slogan: “Turn on, tune in, drop out”.

Please don’t get me wrong. I do not condone the use of these substances.

But we are living in Goa, site of an internationally famous hippie scene that has long been closely linked to drug use. Besides the obvious high, what is the attraction? I decided to find out by penetrating the drug culture of Goa, and asking the users themselves (with their names changed for obvious reasons). Below are my findings.

Subhash, one of the ‘gurus’ in the Goan psychedelic scene, conducts private trance-party LSD sessions at his den in North Goa’s Siolim. People who take LSD know exactly how hard it is to put trips into words. Here’s his attempt: “It’s a yogic experience.”

A huge Shiva painting occupies pride of place in the den. The melodies and sounds of Goa Trance music – that hippie genre that first made Goa famous as a kind of drug Mecca – take the tripper higher and higher, he explains, leading them to a state of super-consciousness or the Shiva state of mind. An LSD trip can last for 12 hours or more, depending on the dosage.

We met up with Sunny, a regular ‘tripper’ from Mumbai who visits Goa to party a few times every year. He claimed that many of these party spots, like a riverside hotspot, have “hidden designs” which become “visible” only when you’re “tripping” on LSD. The paintings and sculptures come alive with spiritual and cosmic vibrations and dimensions, he said. 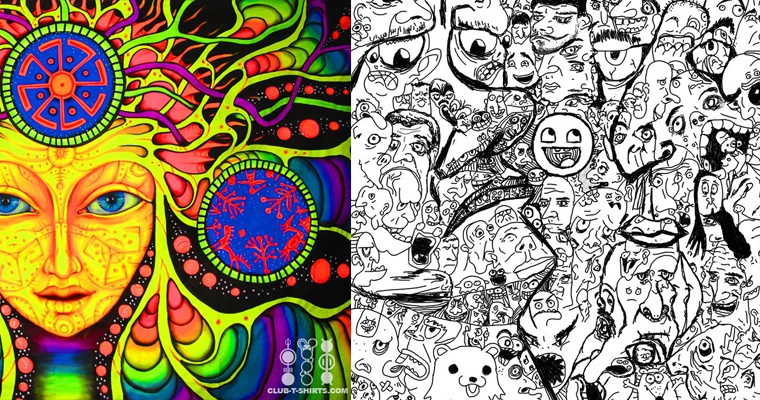 LSD is a hallucinogen which, by altering your brain’s chemical processes, leads to heightened sensory perception. Users insist it should be taken in the proper environment with the right kind of music and visual stimulants, because otherwise you can have a “bad trip”, too. Negative effects can include panic attacks, anxiety, delusions and paranoia – in addition to the impaired judgment while using that can place people in danger.

Different drugs, of course, have different effects.  While charas-hashish and grass are considered ‘soft drugs,’ heroin, LSD and cocaine are considered ‘heavy’. Junkies seek the thrill of opiate-derivatives like heroin and “brown sugar”, while those on the psychedelic journey trip on LSD, taking it in liquid form as ‘drops’ or through ‘dots’, which are actually micro tablets or through ‘papers’ (tiny bits of blotting papers carrying liquid LSD). These tiny papers look like miniature stamps and usually have a design or print. A popular variety is called Hofmann, named after Albert Hofmann, the Swiss scientist who discovered LSD.

Hofmanns, Buddhas and Gorbachevs are among the varieties of LSD available in Goa – named for those on the pictures of the papers. Hofmanns are supposed to give a more psychedelic experience, while a Buddha trip will give a profoundly blissful experience, according to users. Subhash swears by ‘Gorbachevs’, a paper with pictures of the former Soviet leader. They’re very popular with the Russian crowd who come to party in Goa, he says. “The Gorbachevs really open your mind and set you free, man,” he says.  Open your mind as in opening the famous “Doors of Perception”, the name of the book which was written by Aldous Huxley describing the effects of LSD.

His friend Stanley described a trance music session they’d had the previous night. “All the lights were expanded and the colors were brutally vivid.”

Although the heyday of Goa Trance is in the past, there are still many Internet forums where Goa freaks connect. Legends abound about famous people who have done LSD in Goa, including Apple founder Steve Jobs who is said to have done it during a backpacker trip in India back in the mid-70’s. Jobs later told the New York Times that taking LSD was one of the two or three most important things he had done in his life. He said there were things about him that people who had not tried psychedelics – even people who knew him well, including his wife – could never understand.

In recent years, LSD in Goa has been displaced to some degree by the arrival of ecstasy. Ecstasy comes in tablet form, the size of a crocin, and its effects can last for 10 hours. “Ecstasy gives you a very ‘shanti ‘feeling,” says William, a regular user in Calangute. “You feel at peace with yourself and everybody else.” It became popular with party animals because you cannot have a “bad trip” like with LSD. Anxieties disappear. Unlike LSD, ecstasy does not make you hallucinate. It does dehydrate you, however, and other reported side effects include difficulty concentrating, lack of appetite and jaw clenching.

More popular than even ecstasy in the local drug scene is crack-cocaine. The effects are euphoric, says Sandesh from Vagator. “You feel like you come alive and are bursting with good energy. You can dance for a very long time.”

Cocaine, of course, is famous for its energy and its confidence-enhancing qualities. Crack-cocaine is smoked, unlike powder cocaine, which is snorted. The latter costs upwards of Rs 3,000 a gram, and is considered to be an “elite” drug. Coke freak Patrick describes a recent snort, “Zing! Ahhh…the first rush.  Amazing, absolutely amazing, a burst of energy and rising euphoria immediately. Snorting that line feels like the best decision of my life. I feel as if I’ve been elevated to a new plane of awareness and comfort.”

While there are those who use cocaine recreationally and do not get addicted, in general it is a highly addictive substance. Cocaine addiction can result in psychosis, depression, physiological damage and fatal overdose. Another good reason not to do it: The havoc and violence it causes in the societies where it is produced, distributed and consumed.

Many users in Goa use a combination of these drugs. It’s not uncommon to puff on a spliff or a joint or blow a chillum of hash or charas while using LSD or coke or ecstasy. In fact it’s almost mandatory for Goa Trance babas to blow chillums because of their association with Lord Shiva. Users say that after tripping the whole night or day, these substances help them “chill down”.

Tina, a Goa Trance freak describes the trip this way: “There is the initial overwhelming intensity of an alternate reality, followed by an opportunity for a spiritual-mind expanding journey, ending with a comfortable reflection and application to life period.”

And then there are the opiate-derivates like heroin. Some do a frightening combination of coke and heroin called a speedball, injected via syringe. As one junkie describes it, “The sensation is utterly deafening and overwhelming. The heart slows for just a second, and the air is suddenly knocked from your lungs. The sounds around us quickly lessen and finally mute, and a metallic hiss screams so loudly that nothing else is possibly heard or understood. My skin grows cold and completely numb. Not a thought flows through my mind, and I feel as though I’m falling through the air at a million miles an hour. Snorting or smoking come nowhere close to the power of this.”

Not for the faint-hearted. 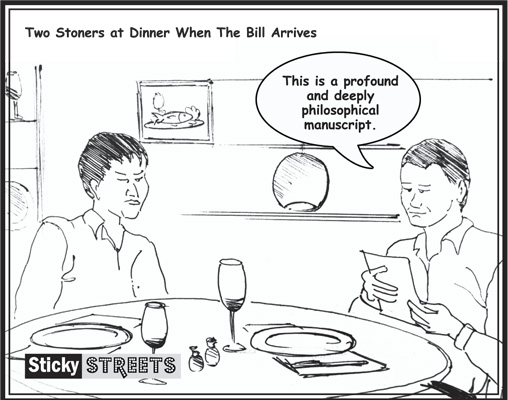