If you own the house, you can’t be “unwelcome”

Perhaps nowhere else in India is the creeping change in the purported ‘secular’ air of the country being felt as deeply as in Goa, with its large community of Roman Catholics and Christians of other denominations.

Ghar wapsi—a peculiar exercise begun by the likes of Vishva Hindu Parishad (VHP) and Rashtriya Swayamsevak Sangh (RSS)—where non-Hindus are being encouraged to “return to the Hindu fold”, has been principal among the reasons for jitters among “minorities”.

Attacks on Christian-run schools and institutions in various parts of the country are also being perceived as threats to religious freedoms. Those with medieval worldviews today feel increasingly at ease to tell the rest of us how to live.

Among the many repercussions of the current onslaught of Hindu nationalism is a reflexive response among minorities who say they feel “unwelcome” while extolling their particular contributions to society. The need for self-applause and the fact that the word “unwelcome” even comes up is preposterous, given the founding principles of modern India.

In a secular country, religious freedom is inherent. Acceptance is a given. And religious minorities are citizens with equal rights, co-owners of the Indian house. Being “welcome” or “unwelcome” applies to a guest, not the owners of the house.

No sooner than PM Modi had settled into his job that right-wing Hindu groups around the country began to flex their muscles publicly. Right-wing leaders have been pontificating on how women should dress, how we should behave, and what norms the public should follow.

More recently, Lata Dhavalikar, a functionary of the right-wing organization Sanatan Saunstha, opined publicly that parents shouldn’t be sending their children to convent schools, and that we shouldn’t be “aping western culture as it leads to rape”. Lata also happens to be the wife of Deepak Dhavalikar, Goa Minister for Factories and Boilers (MGP, again).

The more liberal-minded among Goans have been, through social and other media, expressing their dismay at the goings-on. Supporters of the BJP government nationally and the BJP-MGP coalition locally, on the other hand, dismiss these worries as paranoia. 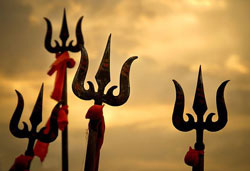 Is there a threat to freedoms in India? In my opinion, indeed there is, and here’s the thing: it’s not just religious freedoms. And it’s not just “minorities” that need to feel insecure.

Every Indian who values his or her personal freedoms should be standing up for them. And what’s needed is not for Christians or Muslims or other “minority groups” to present raisons d’etre for their religious beliefs, nor for “right-thinking Hindus” to “support” them.

In a country that allows personal freedoms of speech and dress by law, what’s needed at this time is for those who value those freedoms to refuse to be cowed down.

Indians need to stop letting politicians manipulate them with that most effective tool: religion.

What’s happening instead is so-called “minorities” playing right into Hindutva hands by defending their right to belong to other religions than Hinduism. They don’t need to.

Case in point, Julio Ribeiro, a retired IPS officer, ex-Mumbai police commissioner, and former Indian ambassador to Romania, in an impassioned blog piece expresses his personal angst at the current national climate, and at feeling unwelcome in his own country, saying: “Christians have consistently punched above their weight — not as much as the tiny Parsi community, but just as noticeably. Education, in particular, has been their forte. Many schools, colleges, related establishments that teach skills for jobs have been set up and run by Christians. They are much in demand. Even diehard Hindus have sought admission in such centres of learning and benefited from the commitment and sincerity of Christian teachers.” 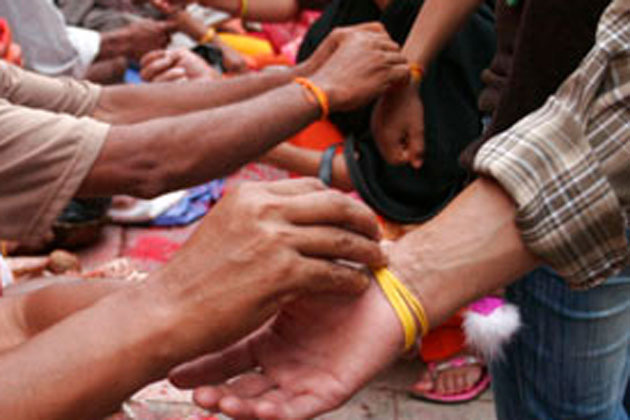 To me, this is misguided. Does Ribeiro mean to say that Christians should have their rights and “feel welcome” in this country because “they” run excellent schools and the demand for these schools is (inarguably) beyond religion?

So the Buddhists, Jains, Muslims, for example, who obviously do not run convent schools, have less of religious rights or rights to feel welcome in this country than Christians?

Why indeed does anyone allow himself to “feel unwelcome” in his own country? Ribeiro is not a guest. He is an Indian by nationality, and has the same rights as any other Indian. Perhaps he needs to start thinking as one.

And instead of attempting to “rattle” PM Modi’s “conscience”, he and other Indians—not as Christians, Hindus, Muslims, Jains, atheists  or otherwise—but quite simply as Indians, should be telling PM Modi that if he can’t rein in his wild horses, we—as Indians—will make sure he won’t be running the stables the next time around.