It’s four o’clock on a Saturday afternoon and the longish room in East End London is swelling up. There are about a hundred people seated on uncomfortable chairs, consumed by a reverential silence. They could all be waiting for a piano recital to commence. Instead, they are waiting for a miracle. These men and women who have raised families and held down responsible jobs are now here, in this room, with every iota of rationality suspended.

Patrick san Francesco, a strange name as it translates to Saint Francis, is a long-haired, self-fashioned, latter-day “messiah.” He’s an amiable fellow, full of one-liners and homilies of the sort you’ll find in Facebook forwards. He’s flown in from Goa, where reportedly he runs a healing centre at Baga. When asked if he has Goan ancestry, he says, he is a “cocktail”; his mother is Dutch, his father Goan and Rajasthani. He travels the world as a teacher, healer and philanthropist. Curiously, the three other titles bestowed upon him are architect, engineer and doctor.

Patrick is one of a breed of self-proclaimed faith healers popular throughout India and particularly in Goa, with its hippie roots and New Age sensibilities. These folks capitalise on the very human need to believe in something, to have faith. If you are the sort of person for whom reality does not matter, science and the scientific method are irrelevant, and rationality unimportant, then you might very well have appreciated Patrick’s performance, and perhaps dislike the story you are reading now.  But if you are a person who understands that reality exists independently of human perception, and that facts matter, then you will see Patrick and his ilk for the misguided souls that they are.

Patrick’s lecture starts innocently enough. “What is illness?” he asks, “It’s part of the circle of life. It takes you from this world to the next”. The only problem is, Patrick claims to cure illness, thus supposedly circumventing the circle of life. His explanation for illness is reduced to nature’s way of saying “go slow”. When asked about addictions, he equates complex human dependencies, be they chemical or psychological, to everyday routines such as comfort chairs and favourite coffee mugs. Vary your routine and you’ll avoid addictions, he assures everyone. Yet no one in this audience of educated, middle-class people questions this simplistic reasoning. No one seems even remotely incredulous when Patrick claims he has cured infertility, arthritis and cancer, in addition to reviving a woman whose heart had flat lined. In fact, that’s the very reason they’ve travelled long distances, so that they, too, can be the recipients of just such a miracle.

His own story began at seventeen when he lay in hospital, paralysed. Within days, however, he had healed himself. He speaks of how his first ‘project’ began in 1970, when at the age of twelve (that would make him 57), he set up a lepers’ home and healed the lepers. As the evening wears on, he tells the audience that his healing ministry actually began at age four when he cured his terminally-ill brother. (Between Patrick’s paralysis and his brother’s terminal illness, this is certainly one unhealthy family!) At an age when most boys are busy playing with toy engines, Patrick’s father insisted he cure the throngs of people calling at his house. 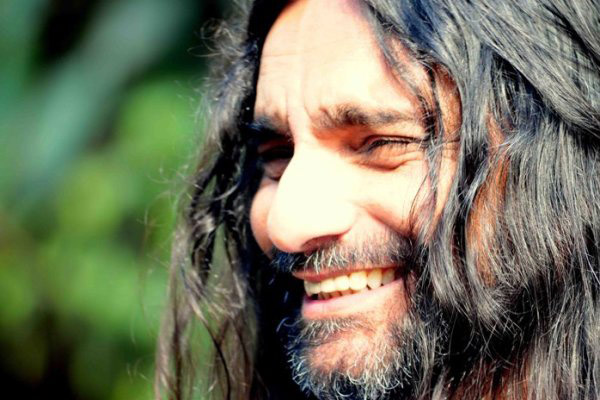 Jumping forward in time, he says it was in 1987 when he started seeing colours and harnessing their energy. When asked to describe these colours, he says they are unrecognisable. He does not explain how he knows they’re colours if they’re not identifiable as such, and is completely calm in the face of this non sequitur. He then reveals that he has to dodge these otherworldly colours coming at him. The use of so-called chromotherapy (quite different from light therapy) is a staple of faith-healers, and a perfect example of pseudoscience. They claim colour has energy which can be harnessed for healing. In fact, a healer’s vocabulary is well-stocked with words like “spiritual energy”, “aura” and “life-force”, none of which has ever been proved in any controlled scientific study.

Left unquestioned, Patrick’s statements become even more bold, at one point claiming clairvoyance. He knows what is about to happen and yet he cannot interfere with the course of events; he sees ‘petals’ around human heads which reveal to him life expectancy. Next to prophet Patrick, even Jesus is beginning to pale into insignificance.

Patrick tackles such existential questions as ‘who is God?’ and ‘do you know yourself?’ There are theatrical pauses designed to make one believe something profound and life-changing is about to be revealed. But it’s woefully obvious that Patrick’s wisdom nuggets are gleaned from New Age self-help books or Google searches. “The more intelligent you are, the less faith you have,” he tells an audience watching with rapt attention. One can only hope that human intelligence delivers society from a life which is otherwise insufferable. To dismiss intelligence so blithely and to place faith above it, displays a deeply parochial understanding of the world. The catch-22 in all these situations is that ill-defined word ‘faith’. If deliverance, redemption and succour don’t come, it’s because you don’t have enough faith.

If faith-healing did work, our hospitals would be empty, our physicians out of business and our pharmaceutical companies bankrupt. Faith healing is not just a benign exercise in positive thinking, an afternoon’s lark which doesn’t hurt anybody. In fact, it’s insidious. It preys on the vulnerable and sometimes endangers their lives. Worst of all, it reduces the complexity of the human experience to the rubble of one abstraction: unquestioning faith. The human mind is an imperfect organ that evolved under conditions that do not necessarily exist today (lions lurking around caves, for instance). “We are blind, and we are blind to our blindness,” wrote Daniel Kahneman in his seminal book “Thinking Fast And Slow.” One of the main reasons our species advanced so much more in the past 500 years than in the previous 50,000 is because of the advent of the scientific method, which places reality above human bias. True healing can never happen by staying back in the caves and succumbing to the purveyors of ignorance.

Selma Carvalho is a columnist and author of ‘A Railway Runs Through: Goans of British East Africa, 1865-1980’. Between 2011-2014, she headed the Oral Histories of British- Goans project.