What is Great Live Music? A unique project that merges two magnificent cultures and brings together world-class rock and jazz musicians from Russia and India. The event taking place Jan. 31 – Feb. 1 is going to be nothing short of spectacular – with internationally-acclaimed, award-winning musicians of rock and jazz performing on one stage with unparalleled passion. It was in the 60’s that the first jam session ‘Woodstock’ took place, featuring the Beatles. The Great Live Music (GLM) will take place in this grand tradition, signifying a return to the basics.

Goa is set to wear a new face this season, with regular clubbing replaced with the sound of a special kind of music. Jam sessions will rock the air and top-rated, world-class artists from both countries will light up the stage in Baga.

The festival will feature some of the best bands from Rock and Jazz from both Russia and India. The groups performing in the Festival include Indian Ocean (India), Parikrama (India), Junkyard Groove (India), Heretic (India), Brainstorm (Latvia), The Matrixx (Russia), Dolphin (Russia) and Shiva (Russia). 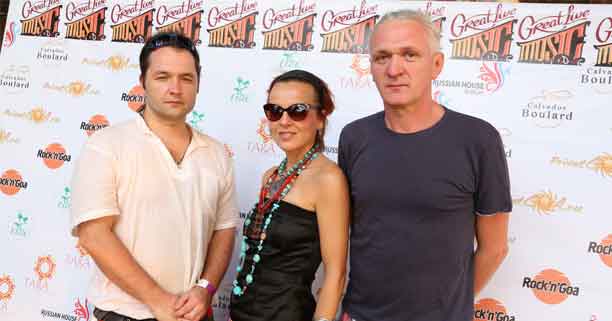 A brief about the bands:

BRAINSTORM (Prata Vetra) LATVIA – pop/rock band. The band became popular internationally in 2000. They received the MTV Europe Music award for Best Baltic Act in 2006. Concerts have been held by the band recently in Western Europe and they continue to gain popularity in the United Kingdom, with a sound reminiscent of the band Beirut. The band received three awards at the 2012 Annual Latvian Music Recording Awards.

Parikrama (India) is a rock and roll band from New Delhi. They have a great many live performances and original numbers to their name. The band was officially formed on June 17, 1991 in Delhi. The word Parikrama means ‘orbital revolutions’ in Sanskrit. They have been inspired and influenced by the great artists Pink Floyd, Jimi Hendrix and The Doors.

The Matrixx (Russia) – The unique expression, the brightness of text and music is the distinguishing feature of this group. The Matrixx won the prestigious award for «Best Alternative Group in Russia» in 2011.

Indian Ocean (India) – Indian Ocean is an Indian rock band formed in New Delhi in 1990. They are pioneers of the fusion rock genre in India. A cult band in its own right, the group has amalgamated Indian folk music with Western rock and there are no limitations to their music.

Shiva (Russia): A young band, and winner of Battle of Bands in Russia.

JunkYard Groove (India) – Junkyard Groove is an Alternative Rock band from Chennai, formed in 2005 and is one of the finest bands in the Indian rock scene today. They got together almost randomly and realized that they had something to contribute to the world of Indian Rock and Roll. 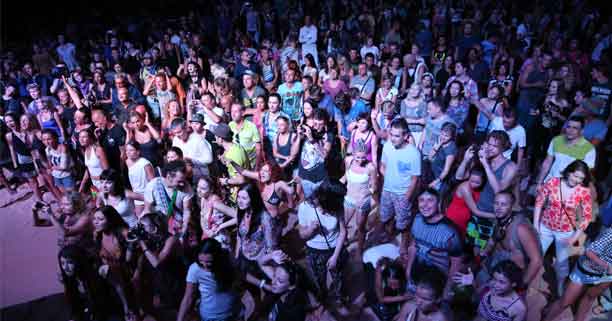 The Embassy of Russia in India and The Ministry of Tourism of the State of Goa are the official supporters of the festival. The official media partners supporting the festival is the News agency “Itar-Tass”. Goa Streets is also proud to be partnering up with Great Live Music to promote the festival!

This is going to be the second year for the festival in Goa. Last February, musicians from India, Russia and England also got together. The festival’s core idea of fusing styles and cultures was a big hit among all who came to experience this glorious music. It was attended by over 6,000 people, and this year’s turnout is expected to be even higher.