And The Short Journey From Euphoria To Despair

And The Short Journey From Euphoria To Despair

How Five Goals, A Scuffle, A Boycott and An Arrest Dashed Goa’s Football Dreams

Is This The Way To Build Up The Beautiful Game In India?

How gut wrenchingly close FC Goa came to clinching the Indian Super League title. In the 87th minute of play, the Gaurs were ahead 2 to 1, and it seemed to all that football glory was Goa’s. And then something extraordinary happened. In the next three minutes, opponents Chennaiyan FC scored two goals in what can only be described as some of the most dramatic football in the game’s history. So far, all good. Tiny Goa lost its chance to be football champion of giant India, but spectators had just witnessed a stunning game – and we could take some consolation knowing that the people of Chennai, who have suffered so much in recent weeks because of devastating flooding, finally had something to be happy about.

It’s possible that Elano committed assault. And it’s even possible, though not particularly likely, that the referees were biased against Goa. But none of that erases the fact that what should have been a proud moment in Goan football history (we did make it to the finals, after all) has turned into a debacle of international proportions. Having Elano arrested rather than handling the matter through official football channels hurts efforts to attract foreign players. By claiming the match was rigged, boycotting the awards ceremony and rushing the referee, the Goan team came off as sore losers devoid of all sportsmanship. One of India’s top sports goals – to assume its rightful place in the international football arena as the world’s second most populous nation – has suffered a blow. After all, this was the championship match of what has now become the country’s premier football league, despite only being in its second season.

A senior official of the All India Football Federation, speaking to Streets, said a strong example should be set by the ISL and AIFF for FC Goa’s unsporting behaviour, but predicted in the end little would happen.

“How can you get a player arrested for something that happened on the field? How can you accuse referees of being biased and assault them? Serious action should be taken against all involved including Elano for his misdeeds. But I don’t think anything will happen as one co-owner is the Vice President of AIFF and other co-owner has family ties with the league owner,” said the official, who asked that his name not be used because he was criticising his own organisation. 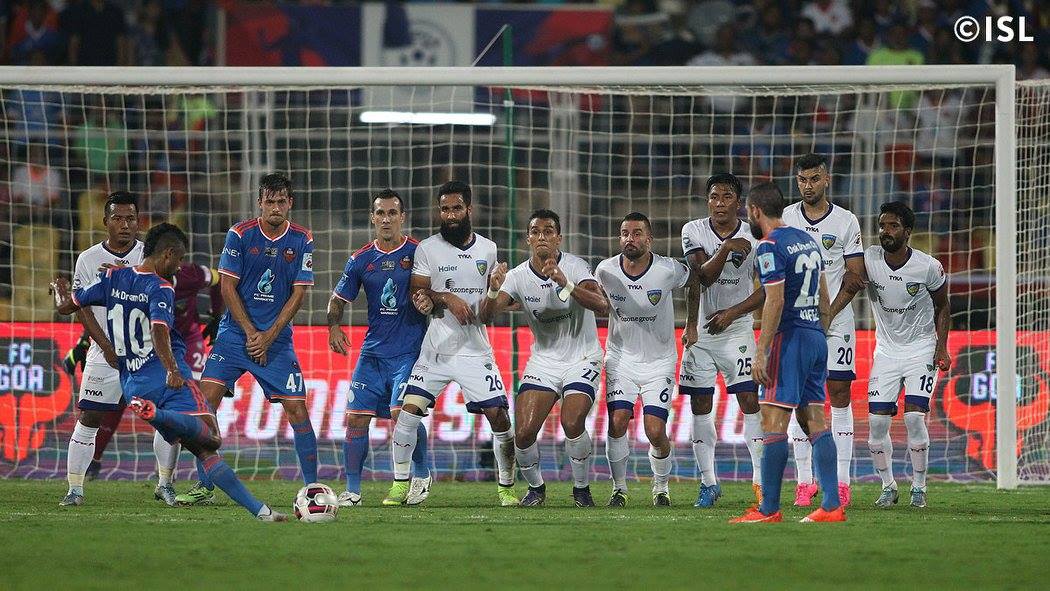 The turn of events stunned the stadium of 20000 spectators in Fatorda, as they watched Chennaiyin FC stage its dramatic comeback in the dying minutes of the match to win 3-2. The Gaurs had captivated the football crazy state with an amazing run,and it wasn’t supposed to end this way. After a goalless first half, Bruno Pelissari gave Chennaiyin FC the lead by converting a penalty in the 54th minute that was cancelled by FC Goa’s super sub Thongkhosiem Haokip in the 58th minute. The Gaurs came tantalizingly close to winning the title when Spanish Maestro Jofre Mateu Gonzalez scored a brilliant free kick in the 87th minute to spark off wild celebrations with three minutes of regulation time left.

Before the match, FC Goa’s Brazilian Coach Zico had said “it is difficult to stop a player like (John Stiven) Mendoza, if we do that it will be good for us”.And Zico’s boys did just that until the game’s final moments. But then Mendoza’s time arrived, and what followed were three minutes that shook and shattered Goa. First the Colombian jumped high to cause a mix up between Goan players Laxmikant Kattimani and Pronay Halder, to make it Even Stiven (pun intended) at the end of regulation time. As Goans were trying to recover from the shock, Mendoza delivered the knockout punch in the first minute of added time, breaking Goan hearts in the process. After the match, Mendoza, speaking to Streets, said “I am very proud the way my team and me played throughout the tournament. We deserved to win”.

And yet the events following the win, especially the alleged assault by Elano and his subsequent arrest, undoubtedly dented the joy of victory. It’s now up to the courts to decide Elano’s fate and whether he committed any crime (he has since been allowed to return to Brazil despite an effort by the Goan police to confiscate his passport).

Elano Blumer’s lawyer, Advocate Rajeev Gomes (who happens to be a Goan and an FC Goa fan), called the turn of events highly unfortunate for the sunny state.

“This incident has brought a bad name and reputation for the image of Goa,” he said.“Defeat should be taken in a sporting spirit.”

Dattaraj Salgaocar defended his actions at a press conference. 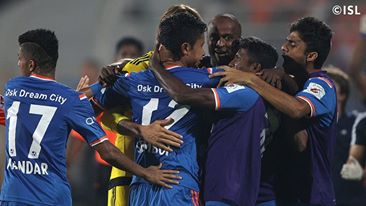 “If Elano came to me immediately and apologized, I would not have done anything. Even the ISL officials did not take any action. It was at that time, to show that we have some pride, some self esteem, I had to do what had to be done.”

Unfortunately, it was a costly point to make. Taken together with the boycott, the on-field scuffle with the referee and the comments questioning the match’s integrity, the Goan franchise could very well face sanctions by the ISL, the AIFF or both, despite the doubts of the AIFF official I spoke to. And that’s not to mention the bad taste the episode has left in the mouths of many, and the poor example it sets for youngsters, especially those harbouring football dreams.

Speaking to reporters after the football fiasco, Coach Zico said that he personally would have preferred to attend the prize ceremony but that he didn’t do so out of respect for the owners. He added that those owners, namely Salgaocar and Shrinivas Dempo, had always respected his coaching decisions. Zico also said that he thought the Elano incident was unfortunate, and could complicate efforts to bring big name players and coaches to India.

Ordinary fans have watched all this play out with a mixture of sadness and dismay. Many of their comments stand out as singularly wise in comparison with the hot-headedness of the stakeholders.

“The game was kind of shocking. We lost from a winning position in the dying stages but I don’t think there was any foul play. Chennaiyin FC snatched the win from us,” said FC Goa fan Lloyd Carneiro.

And fan Lyn Fernandes said, “I think we should be gracious in defeat and take it in the right spirit.”

And this from Ryan Rodrigues on the Elano incident:“Such things happen in football. Whatever happens on the field should remain on the field. Getting a player arrested for pushing and shoving is not right.”

It seems the owners of FC Goa have a thing or two to learn from fans troubled over watching the beautiful game turn ugly.