New York, case January 18, tadalafil 2014 –Pepsi today unveiled details of their superstar 2014 football squad, health bringing together an unprecedented wealth of international talent to create one of the most jam packed, multi-talented and iconic lineups ever. 19 of the world’s greatest players, spanning five continents and nearly 20 countries, are uniting with Pepsi to inspire fans the world over to “Live For Now” in 2014.

“Football has been my passion since I was a little boy and it’s certainly one of the things I live for now. I am so proud to be partnering with Pepsi again and representing the brand globally as part of this star-studded team,” says three-time player of the year and Argentinian captain Leo Messi.

After having watched Grand Hyatt Goa grow from a concept, to the destination it has become today, Mr. Stefan Radstrom, the General Manager has now moved on to a new property.

As a token of kind appreciation the management at Grand Hyatt Goa held an intimate farewell for his close friends and business associates on the 10th January. Betty Remedios, Director of Sales and Marketing for Grand Hyatt Goa, spoke of the early days at the hotel, “Stefan’s leadership played a pivotal role in making the hotel what it is today, and we do wish him the very best in Istanbul, but I can speak for all present here when I say that he will be missed”.

Her sentiments were echoed by the 200 guests present at the emotional gathering, especially by Jay Gidwani and Manguirish Pai Raikar, who had in fact flown back a day early from Delhi to be a part of the occasion. In his parting speech Mr. Radstrom “I have watched the hotel grow in leaps and bounds from its infancy stages, to the property that now stands tall in front of us, it has indeed been a great journey”. 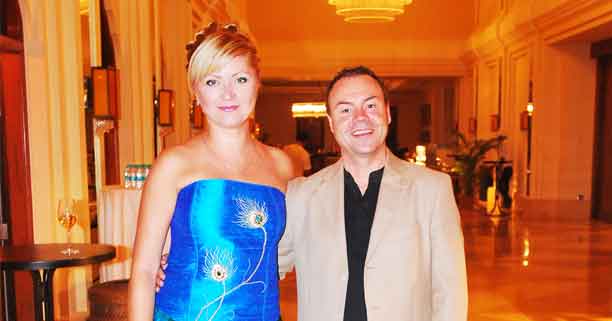 Mr. Radstrom and his wife

Grand Hyatt Goa is conveniently located 7 km (4.3 miles) from the capital of Panaji.  The hotel is an enchanting destination resort and spa inspired by a 17th century Indo-Portuguese palace spread across 28 acres of lush landscape and serene tropical gardens that roll down to the bay.  Set along the calm waters of Bambolim Bay in Northern Goa, this contemporary palace features 314 grand rooms and magnificent suites.  Most rooms offer panoramic sea views and magical sunsets from their oversized balconies.  Grand Hyatt Goa has been honored with some of the most prestigious awards in the hotel and Hospitality space, including;

The second edition of India Bike week ended with the party of the year in Vagator this weekend. The Festival was a stunning demonstration of the power of India’s Biking Brotherhood. Over 8,000 bikers and bike fans came together to create India’s largest Motorbike  Festival.

It has been the largest gathering of the Biking Brotherhood in India’s  history. 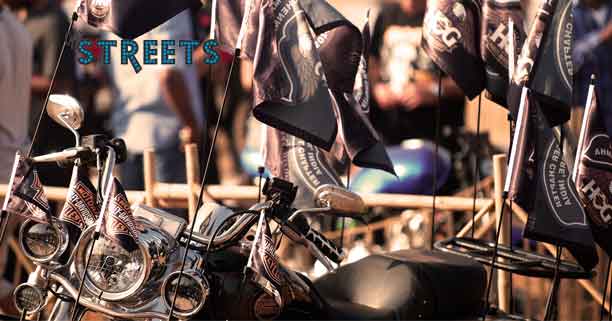 The big news of the day was the Bike Build off triumph by Reza Hussain Customs in Chopper Class and Moto Exotica’s Arjun Raina carried away the Open Class. In the Classic Section of the Festival, a German version of a Triumph – the STM 500 won the Best of Show owned by Col. Sashidhar Bopanna from Hyderabad . The much commented on – an original and India’s only Grand Prix run 1955 Norton Manx 350 – was fired up in public for the first time

From 5 participating stunt teams, the IBW Stunt Team of the year was Team from Mumbai.

The Festival ended with Amsterdam based Dub Vision rocking the Festival

Day 2 of the event was action-packed- the Vintage Bike Parade & Ride for Safety Ride followed by breath-taking stunts by MRF’s FMMX riders, Callum Shaw and Luke Smith. The super talented bikers participating in the festival were awarded under the MOD bike competition, Biker Build-off and loudest biking competition. 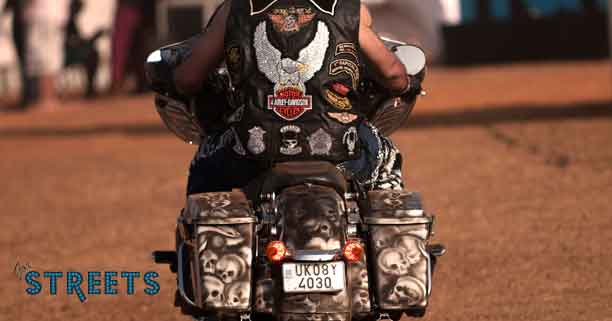