Kallat was in Goa recently for the stunning arts festival Sensorium, now on at Sunaparanta

Kallat was in Goa recently for the stunning arts festival Sensorium, now on at Sunaparanta

Jitish Kallat is a 40-year-old contemporary Indian artist who lives and works in Mumbai, the city of his birth. He works with painting, large-scale sculpting, photography and video art, employing a bold visual language that takes inspiration from both European and Asian influences. His work often reflects images from modern advertising and urban consumerism, giving his creations a unique sensibility with themes of survival, pain and hope. Jitish is also Artistic Director of the Kochi-Muziris Biennale, an international exhibition of contemporary art held in Kochi, Kerala – one of the most important art events in the country. He was in Goa recently to speak about photography at the arts festival Sensorium, currently taking place at Sunaparanta Goa Centre for the Arts, (Sensorium’s theme this year is photography). Jitish recently spoke about his journey from artist to curator, and the influences that drive his work. Here are excerpts:

Can you very briefly reflect on the figure of the curator in the contemporary art world?

Jitish: In the last two decades the figure of the curator has emerged as a key mediator between artist, exhibition site and audience. Like art-history, curatorial practice has evolved its own form of narration and a supple vocabulary through the tools of exhibition-making; if art-history focuses on art that has already happened, curating attends to art as it happens.

What role do you see biennials as having in India, as opposed to art spaces like galleries and museums?

You are known primarily as an artist. How are you going about this shift in role, to becoming curator?

Jitish: The main shift from making art to curating was perhaps the shift in ambience from the solitary reflections in one’s studio, to a space of dialogue with numerous artist colleagues. From the start I felt that the biennale must produce themes rather than reproduce a pre-meditated curatorial theme, where exhibition-making echoes the very creative properties of art-making. My letters to artists were not a thematic curatorial note but a sharing of intuitions in the form of ideas and imagery. These have become the co-ordinates of a project, which is non-linear and layered. 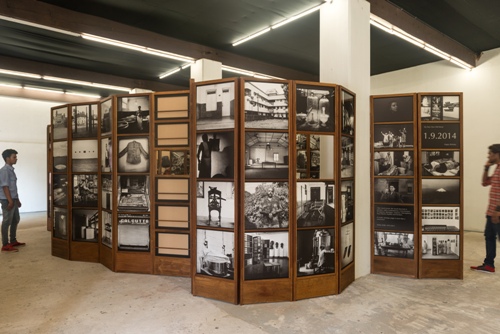 Tell us a bit about your curatorial journey, the research and selection process. How do you arrive at the artists and works to be featured in the Biennale?

Jitish: Two chronologically overlapping, but perhaps directly unrelated historical episodes in Kerala became my points of departure. The 14th to 17th Centuries was a time when the Kerala School of Astronomy and Mathematics was making some transformative propositions for locating human existence within the wider cosmos. It was also the moment when the shores of Kochi were closely linked to the maritime chapter of the ‘Age of Discovery’. The maps changed rapidly in the 1500s with the arrival of navigators at the Malabar coast, seeking spices and riches… And within the revised geography were sharp turns in history; heralding an age of conquest, coercive trading and colonialism, animating the early processes of globalization. 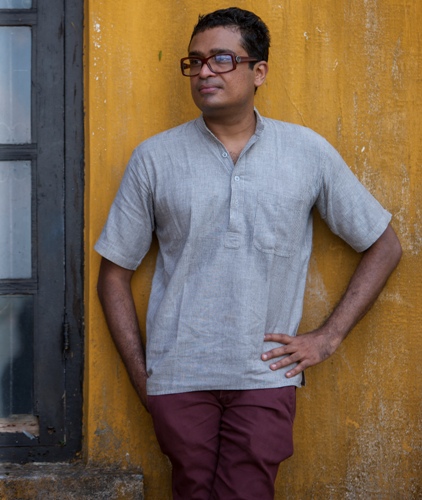 A reflection of this navigational history, as well as a shift of one’s gaze deliberating on the mysterious expedition of our planet Earth hurtling through space at over a dizzying 100000 kilometers per hour, where none of us experience this velocity or comprehend its direction, were two prompts made in my letter to artists. The seemingly unrelated directions of these suggestions were intentional; one was a gaze directed in time, the other in space. 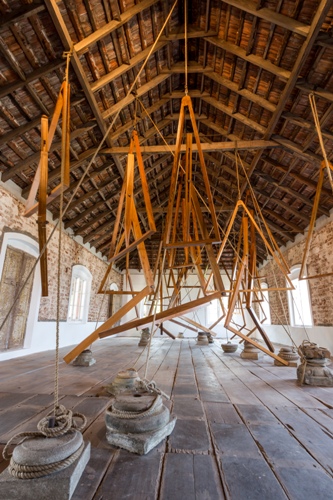 I began with a small, core group of artists whose work for me became the nucleus of the project. Thereafter the process of inviting artists has been primarily one of responding to the biology of the project which is a shifting field and every invitation greatly alters this constellation of signs. It entailed six months of incessant travel and dialogue with artists and scholars in various places around the world. The biennale is a snapshot of a journey in a sea of possibilities.