How do we change as day morphs into night? How does a criminal’s mind work? Why do some like soft pao and others prefer katre pao or the kankonn? These colorful questions featured in a play on the humble Goan poder – The Breadman’s Calling, staged by the Mustard Seed Art Company at Margao and Panjim in the first week of December.

The play was written and directed by Isabel Santa Rita Vas, a veteran playwright whose troupe has staged over 55 plays so far. An unspecified object has been stolen from the house of Bostiao Mendonsa, the town baker (played by Ryan Semelhago). A local lass Joella (Efigenia de Santana Miranda) decides to play Sherlock Holmes. There are several suspects―the town lawyer Albert (Kiran Bhandari), the baker’s delivery boy Kistu (Yulian Pinto) who pines for Joella, and even Mersu (Celsa Fernandes), Joella’s mother who works as a freelance ‘flying’ cook.

Isabel gives a magical twist to her Goan whodunit thriller by exploring the alter-egos of her characters. As he kneads dough in the wee hours, Kistu asserts himself as ambitious Christy, Joella (who detests the nickname ‘Vency’ given by her mother) sees herself as Venezuela, yearning to sing. She recites haunting lines by poet Salil Chaturvedi on the mystique of the night. Her mother Mersu the cook transforms into the sensual Morgiana, who dances in the night to rise above her wretched past. Albert broods over the criminal mind; the lawyer of the day is Aristo, the philosopher of the night. Bostiao the now wealthy baker thinks of his long-dead hardworking and stern mother, yet the memory of the ugliness of her hands terrifies him.

The poder inhabits a transition space in Goan time―the space between night and day. So in the play, even the alter-ego of the day is explored. The noises of the typical Goan day with its honking and hawkers give way to the darker peaceful sounds of the night and on to the wee morning with its chime of devotional bells, the early morning jogger, fresh fish hurried to the market and the most distinct sound of the Goan morning- the ponk ponk of the baker’s boy. The passers-by on the streets were played by Vanessa d’Souza and Kyra Semelhago. 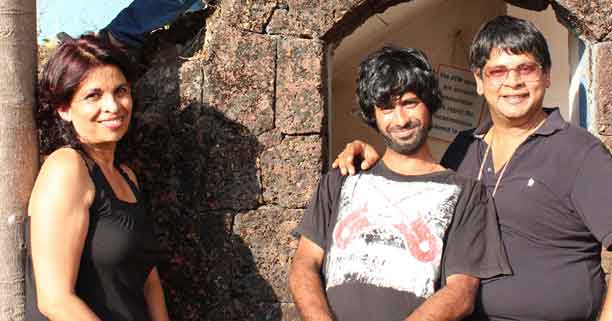 A second theft occurs. As Joella dips her hand into Kistu’s bread basket she discovers a Chinese vase, an antique from Bostiao’s house, and he becomes a prime suspect. But Joella suspects Kistu has been framed, and proves that the crafty Albert had played this dirty trick. Albert/Aristo yields to the darker side in his quest to understand the criminal mind and becomes a diabolical schemer himself. It is he who has carried out the first theft―of a seemingly worthless portrait of a traditional poder―from Bostiao’s house and sold it to a museum, just to exercise his evil mind, and to discredit Kistu the poder-boy in the eyes of Joella, who Albert secretly lusts for. Joella cracks the case open and the portrait is recovered. But Bostiao goes further and actually cracks the portrait open to reveal a hidden diamond ring belonging to his parents. He benevolently gifts the ring to Kistu, who proposes to Joella and everyone lives happily ever after.

Under Isabel Vas’ direction, there is impeccable English where desired, but the native ‘Konklish’ and multilingualism of Goan folk is also delivered delightfully in the lines of the characters. ‘Itu beginu?’ queries the poder, meaning ‘So early?’ The ‘u’ at the end of almost every word is a peculiarity of the Sashtti (Salcete) dialect. ‘Bor mure tum, malcriad!’(you are quite a rude chap!) shows how Portuguese words were absorbed into Konkani.  The play of words like ‘Pulis-bulis’ ‘Investigate-binvestigate’ are derived from such usage in Konkani, where the first letter of a word is replaced by ‘b’ and repeated. Quaint English idioms like ‘Potatoes are not boiled twice’ are probably more used in Goa than anywhere else. There is a clever play of words in the title too – Is it also about the Breadman’s calling in life?

Beside his ‘original’ katre pao, poie, bakri and kankonn that Kistu takes great pride in, he also carries ‘duplicate’ bread in his basket, pao that has been sourced from other bakers, possibly the ubiquitous  migrant bakers from Goa’s neighbouring states. The times are changing. ‘Te poder gele, te undde kabar zale’ is inevitably quoted, an old proverb, often related to the passing of Portuguese colonial rule. 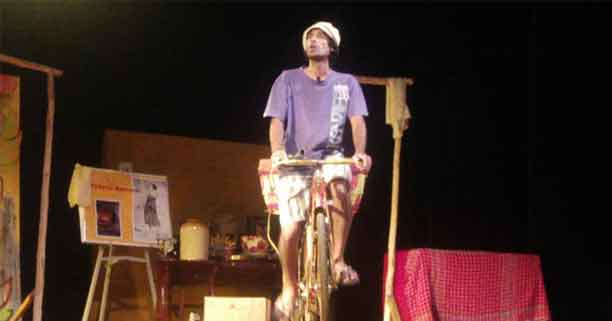 It was a delightful play, made pleasant on the eye by sets designed by Norman Tagore, with a poder’s bicycle at centre stage. Vamona Navelcar’s sketch on the play brochure shows the poder of yesteryear carrying the bread panttlo on his head, walking along with staff in hand, many decades before the bicycle came along.

The Mustard Seed Art Company, founded in 1987, stands out as a pioneering and vibrant theatre group that has seen a whole generation of young theatre enthusiasts pass through its ranks. Here’s to many more entertaining, provocative and inspiring productions from this theatrical ensemble!