We simply must stop accepting sloppy hygiene at restaurants

We simply must stop accepting sloppy hygiene at restaurants

Picture this, you’re sitting in a restaurant one fine evening with some friends, sharing a few jokes, head bopping to the music and having a good time, while nibbling on a scrumptious starter. Suddenly one of your friends stops mid meal, sticks a finger in his mouth and pulls out a hair or an insect or a metallic object that horrifies one and all. Yuck. You are sick to your stomach, dumbfounded and irritated.

So you furiously call for the manager. He arrives and seems genuinely perplexed, not that there is a bug in your food, but that you care enough to point it out. The slow sheepish smile on his face makes it obvious that hygiene standards in the kitchen are fit for dogs, but that neither he nor anyone else in the establishment has ever bothered to fix that because guests don’t usually take them to task on this front. At most, they ask for a change of meal. When you insist in your anger that you, a paying customer, should not be made to eat insects, he quickly slips into auto mode, spitting out a well prepared message in a drab monotone: “I’m so sorry Ma’am. Can I change this for you and bring you a fresh one?”As though that solves anything? What about the contaminants that are already in our bellies!?

Recently at a well-known pub in Mala, Panjim, we were surprised by one such metal piece found in our friend’s plate. The manager was called, and there followed the drill. Nothing of any real consequence happened and we left the place feeling confused and with a bad taste in our mouth, literally. The piece was from a metal scrub that according to the manager “Is absolutely not allowed in the kitchen”. “Why on earth is it still used then?” we asked. Shouldn’t the users be brought to task for flouting the rules? Another sheepish grin. The way that restaurant kitchens are run in Goa, with unskilled ignoramuses hired at dirt cheap rates sweating it out next to one or two overworked skilled chefs, and with open, uncontrolled ventilation (that lets in critters of all sizes), perhaps we should have been thankful that it was only a metal scrub piece and not a piece of something more sinister that surely walks around in the kitchen.

If the restaurant is indeed a place you’ve been to for years, and this is the first time that such a mishap has occurred, it may be alright to let it go, given a fair apology, if it was just a hair or something. But if it is indeed a dead fly or a cockroach baked within the pudding (yes we have experienced this personally at a pastry chain in Panjim), how does one let that go? The disease causing pathogens and disgust have already occupied one’s stomach and mind. How do you suck it in and ask for another dish?

But what option do you have other than demanding a non-payment of the bill or ordering another one? Is there a board you can complain to? Does this board have any real power? We spoke with an important Hotels and Catering official, to find out if there was one at all. He did not want to be named (for obvious reasons) but had this to say “Every restaurant in Goa must be certified by the Food and Drug Administration twice a year, in order to be able to obtain a license to operate. But instead of making surprise visits to check the health and hygiene of restaurants like they should, officials at the FDA (Food and Drug Administration) strike deals with the restaurateurs to appear on a previously agreed date. The restaurant is well prepared on this date to serve the most hygienic and well prepared food—not like the food they serve on a daily basis.” Well this was no surprise, as an Indian, accommodating corruption on every level becomes a part of your daily routine. 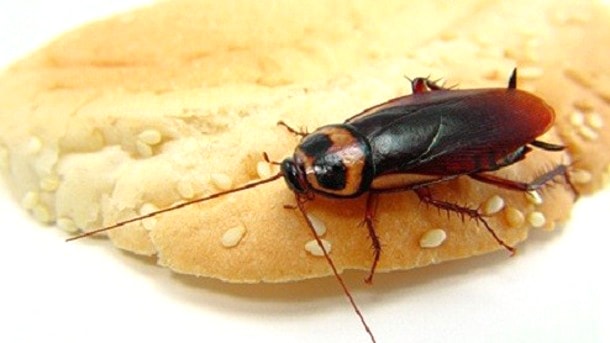 But in most cases, the management will just take away the half eaten offending dish and pretend like it never happened. It doesn’t figure in your bill; hence no harm done, they reason. But mind you, only in Goa. Most restaurants outside Goa are well aware that one such mistake can cost them their license or a lot of customers.

At a restaurant in Juhu, Mumbai, a little cockroach walked up to our table after we had finished the meal, less of an offence than, say finding it cooked in our meal. But the manager was so genuinely concerned, he requested us repeatedly to not leave without having something else and also showed us their pesticide spraying schedule. He also waived the entire bill, without any insistence on our part. Wanting to show our appreciation at this gesture, my friend and I ordered some desserts, so that we could pay for them. But after we had eaten, the manager insisted on waiving those off as well!

There have been one or two almost satisfactory resolutions at Goan restaurants too. At a nice Chinese restaurant in Campal, Omkar Naik found a similar piece of metal in his food and all but stormed out. He said: “The waiter took down my number promising to speak to the manager about it. The manager then actually took the time out to call back, explain the anomaly that had caused this accident, apologise and also promise a free meal at the next visit.”

Akshara Walia was gifted a screw in her curry, at an otherwise lovely Indian restaurant in Campal. “There was a screw, not a tiny fibre!” she says. “I could have choked on that.” We ourselves have found dead flies tossed in with the vegetables in a Hakka noodles at a famous joint in Palolem. The absolute worst case we have ever encountered is dead flies in the ketchup bottle, at a lovely shack in Arambol. Shacks cannot be counted on, you say. But the same kind of incident (fried bug in dosa, yuck!) occurred in a prominent multi-star hotel in central Panjim!

A popular Lebanese restaurant just off Hyde Park in London, which I would frequent for lunch, got shut down in a day, when a guest found a cockroach on the floor, not even in the food! It lost its license for the next six months. Imagine that happening in Goa. Nobody would even bother to make an issue out of it, afraid of the feathers they would ruffle, and assured that their action will be squashed by a few bribes changing hands. Are our personal standards of living, our standards for ourselves really so much lower than in developed countries? That we don’t demand that our food be 100% clean even when we pay for it?

Given the kind of profit that restaurants and eateries make, it should be made compulsory for them to maintain kitchens to a certain standard and hire only quality personnel, at higher salaries who are made to adhere to rules. Our only request to anybody reading here is to realise that if ever an incident does happen, if you just let it go, you are letting them get away with that. It is only when one demands better for oneself that those demands will be met! 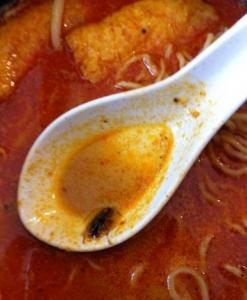