The Thriller That Could Use More Thrill This is not the New York we have learned to love in so many Hollywood films. This is the dark side of the Big Apple. So dark that the city in ‘Broken City’ could have been Lucknow, the crime-ridden capital of Uttar Pradesh, minus the skyscrapers and neon…. END_OF_DOCUMENT_TOKEN_TO_BE_REPLACED

The Thriller That Could Use More Thrill

This is not the New York we have learned to love in so many Hollywood films. This is the dark side of the Big Apple. So dark that the city in ‘Broken City’ could have been Lucknow, the crime-ridden capital of Uttar Pradesh, minus the skyscrapers and neon.
The film opens with a cop named Billy (Mark Wahlberg) shooting a rape and murder suspect on a grim night. Rights activists call it murder, but Billy scrapes through the homicide trial. The mayor Hostetler (Russell Crowe) is sympathetic, but the police department is insistent on Billy’s exit from the force. 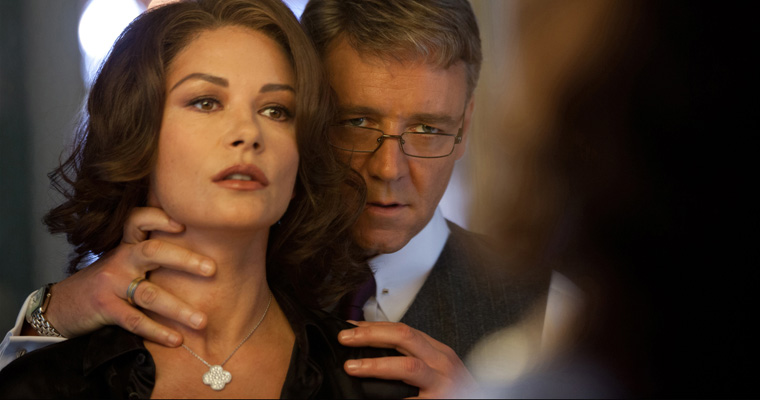 Catherine Zeta-Jones (left) and Russell Crowe in a still from Broken City.

Years later, Billy reinvents himself as a private detective following philandering spouses, until the mayor calls him back for a ‘service’. Hostetler, engaged in a neck-in-neck mayoral battle with a councilman Valliant (Barry Pepper), wants Billy to track down his wife’s (Catherine Zeta Jones) lover. All this against the backdrop of a massive real estate scandal that looms large over the mayor’s head throughout the movie.
With a strong and able star cast, director Allen Hughes’ film has potential but struggles to live up to its ambition.
Wahlberg, as a tough, working class hero of few words, does well. You feel for his quiet, determined yeoman-like commitment even as he is intelligently abused by the calculating mayor. Crowe as a string-pulling and corrupt mayor is miscast, despite his immaculate pedigree as an actor. Neither the plot nor the script lend his character the menacing, layered edge of a smooth talking politician who can order a kill or blackmail the hard-as-nails Billy.
If you thought Crowe’s talents were wasted, get a look at the highly acclaimed and beautiful Catherine Zeta Jones in Broken City. Reduced to walking in heels and high necked luxurious coats, hopping in and out of cars rendezvousing with her ‘lover,’ she is an enigma who one can easily forget.
The film does throw a surprise, though, in a bright-as-sunshine Alona Tal, the Israeli actress who plays the blonde haired secretary at Billy’s agency. Apart from making coffee, she digs out dirt and browbeats the agency’s debtors into shelling out fees. Natalie Martinez, as Billy’s Puerto Rican girlfriend and an indie film actress, also stands out in her small but noteworthy role.
The other pleasant deviation is the portrayal of the relatively grubby side of New York, departing from other flicks which stick to the usual high-strung Wall Street themes or belong to the saccharine Romcom genre – or for that matter the Disney-fied realities of the actual New York of the Giuliani-Bloomberg era. 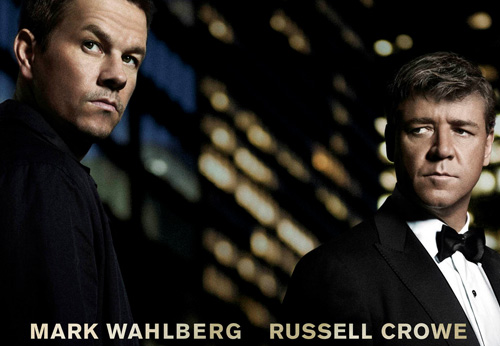 Kudos also goes to Hughes for what only can be described as extraordinary cinematography.
For a thriller, the film has extremely few moments which thrill you. And by the time the few elements of surprise and deceit do crop up, you would already have been sedated by the incredibly slow pace.

Rated A (Adults Only).

Now showing at Inox in Panjim.