A stiletto shaped car in Hyderabad

Who could forget Sarah Jessica Parker as Carrie Bradshaw proclaiming “Hello, dosage lover!” to a pair of shoes in a store window?

I’m back from the mall. My plastic has been taken to the launders and back, ampoule and how. As I walk into my home, greeted at the door by Princess Coco (our male dog) wagging his threatening-to-fall-off tail at full throttle speed, my bags laden with shoes, make-up, accessories and other killer purchases that could put a government salary to utter shame. I’d be close to living on sandwiches for the rest of the month. A strange kick in my brain has sent out all my girl hormones into a `happy feel good’ tizzy. I’ll wake up to a heartache in the morning with the bills my madness has cost me. But oh boy!! Who cares about tomorrow? For now, I love the afterglow.

If  `Sex and the City’ made shoe obsession an accepted norm for the seriously addicted to stiletto victims, I’ve set the bar madder by choosing general well-being over losing control like a manic who needs her fix at the shoe store, so god help the attendants around me. Who, I suspect, secretly love the puppy face when they see me caress a heel like a baby just fed, discuss stitch over zip in detail, explain platform over comfort and pin thin heels over spine spinning issues. Which are a plenty in Goa, if you know what I mean (wink). Who cares about pain when you step out all dressed up on to rickety pavements the municipality calls footpaths, right?!! No matter that you could lose a toe, break an ankle, twist your torso out of shape, or worse, fall on your face and permanently achieve brain damage and a broken nose if you miss your step?!! Have you seen how our footpaths have become pedestrian nightmares, ever since bikers on speed have been taking out the fellow man and woman walking home, or taking a harmless stroll post a night meal?!! Yes, whilst safely walking on footpaths provided by our city authorities, who I’m guessing don’t wear high heels!! None of the roads and their sorry paved toe-breakers, are shoe friendly. Least of all for women. You can imagine our plight when eyes-glued-to-the-footpath-lest-you-break-a-glitter leaves you an open target to bingtas in Trax Tourists tempos who think an easy shoulder-brush could always be blamed on your tottering posture, whilst we maneuver already narrow foot roads. Pfft!! Rowdies who have no fear for our local laws or cops – who are busy on chai breaks anyway – even whilst Dial 100 perpetually rings a shrill siren stating crimes against women in Goa have gone through the roof and off the Chief Minister’s election manifesto. Our roads have turned into killer Mad Max highways with psychos high on testosterone, their systems brimming with alcohol. Good that the RTO is now locking up parents along with their crazed juveniles who still wear teenage diapers, yet ride super bikes their insecure, flashy parents buy them. Go feed the poor instead, people. 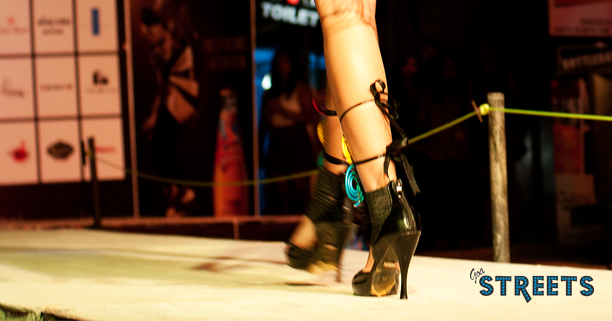 Like every common citizen, I battle tuk-tuk woes every single day, heels or not, to work and back, even as the Transport Department dilly-dallies on whether enforcing meters would ease out daylight travel ransoms we poor public-transport-users are forced to bear, just to reach from A to B. With no political will or spine to show that they mean business, lest the vote-bank lose favour, Goa’s political machinery swings to save face and gout, each time a petty local political brawl does a Russian Roulette (very seriously pun intended), backfiring on the already struggling Goan economy.  Forget that with all the potholes you could actually break a vertebra (did somebody blame high heels?), or, worse, make Spondylitis your ex mother-in-law who just won’t get run down by a bus. You wake up with a semi-permanent pain in the neck, thinking instead a stiletto to the head would perhaps be a better idea.

If you are partying up North, ladies wear heels that come undone pronto. Comes handy when the urge to hit a leachy tourist presents itself. I advise fling it anyway. Though at a recent party with DJ Norman Doray, a bunch of hysterical girls did furiously hop dance and fist pump with shoes in their hands, while I wondered if `mind-your-head-on-the-dance-floor’ should perhaps be a cautionary clubbing checklist. DJ Doray killed it with his energy and record chartbusters, while the same bunch of women were found behind closed doors in the `ladies’ spilling guts into toilet, as I made a hasty retreat for fresh air. The things these tourists put you through!! 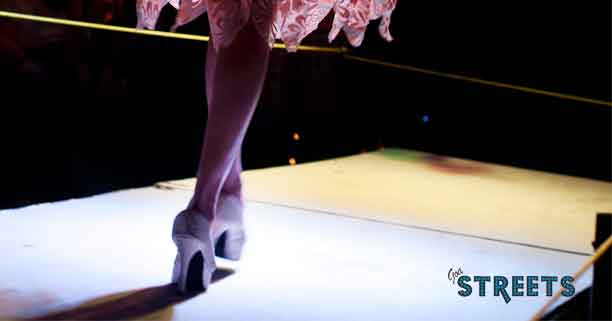 As I’m writing, Princess Coco is watching me with loopy eyes. Now that he’s chewed through a series of glitter flip-flops like a mental, I have safe vaulted my heels out of reach, can’t say for how long. Karma is a bitch, warns my daughter with a smirk. I make a hasty note. Calls for a booby trap.

I hope Chief Minister Parrikar is a shoe person. Could he pay heed to the quality of  our roads and pavements, like hello!! Shoe control is like women’s empowerment. It makes us sure footed. Cheerio then darlings.

Ethel  Da Costa: Is a Goa based acknowledged Fashion, Lifestyle, Music writer-journalist, Radio Head, Creative Entrepreneur, Media and PR Consultant, Fashion Stylist, commentator and columnist of all things political and socially incorrect. She is the founder of Think Geek Media Entertainment, a label for music, fashion, lifestyle and media. She has worked with Femina, The Times of India, Radio Mirchi 98.3FM, the International Film Festival of India, OHerald Publications among others. She is the recipient of the ‘The Pillar of Hindustani Award 2011’ by the Trans Asian Chamber of Commerce & Industry (TACCI) Mumbai and the ‘Jaycee Creed Award 2013’ for her contribution to media. She is the author of Eve’s Revenge: Stories of Nemesis (2008), with a sequel in the making. 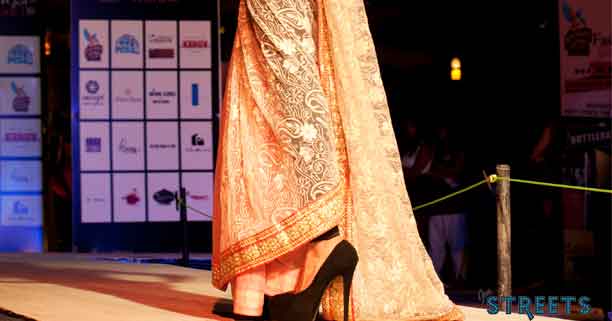