Goa and the world of bizarre instruments  It looks like a lifeless python, stiff and post-mortem frigid. Until someone breathes air into it. And then somewhere between its hypnotic buzz and an unending rasping drone, you slowly begin to give this polished trunk of hollowed wood its due. The long didgeridoo, an Australian aborigine wind… END_OF_DOCUMENT_TOKEN_TO_BE_REPLACED

Goa and the world of bizarre instruments

It looks like a lifeless python, stiff and post-mortem frigid. Until someone breathes air into it. And then somewhere between its hypnotic buzz and an unending rasping drone, you slowly begin to give this polished trunk of hollowed wood its due.

The long didgeridoo, an Australian aborigine wind instrument, is one of the many unusual musical appendages like the Jew’s harp, the hang or the orc horn, which make Goa’s nightlife sing a quirkier tune than most other places in the country.

And Jovis Burk takes pride in building on the quirk factor.

Alongside musician Pavel, Elvis Lobo on guitars and Victor Netesov on the trumpet, Burk rigged an improvised didgeridoo with a plastic pipe during the New Year bash at Hilltop this year.

“Given the experimental tendencies towards music and sounds in Goa, loads of musical instruments get used in productions and jam sessions,” says Elvis, a leading guitarist in this part of the world. Elvis and his colleagues have just returned from playing in the Trishula festival in Russia and the Boom fest in Portugal.

If the didgeridoo looks like an oversized club – one with which you can knock down an elephant – when Neptune Chapotin plays the Jew’s harp, you can’t even see it. The only tell-tale sign is a small metal wisp which slips out from his lips.

The Jew’s harp is a small, mouth instrument which looks like a metal clasp and is thought to be one of the oldest musical instruments in the world. It produces simple vibrating sounds, which are modulated by plucking on its extended metallic strip and switching tongue positions. 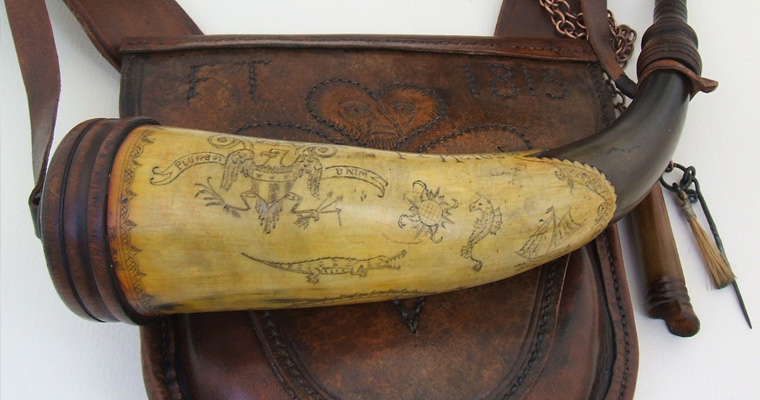 It’s strangely named, given that no one’s ever established any definitive link between the instrument and the Jewish people or Judaism. More likely, the name is derived from some other word that sounds like Jew, such as jeu-trompe, or toy trumpet, in French (though one theory does surmise it got its name from Jews sending the instrument to England, or that it was attributed to Jews as a commercial ploy evoking instruments found in the Bible).

The instrument goes by several other names as well, including jaw’s harp, mouth harp and Ozark harp.

Neptune Chapotin, a Jew’s harp player since age 15, lives in Goa and is organising the first world mouth harp festival of India, on February 7 and 8, at Arambol.

“And this festival will also bring out how such traditional instruments can be easily used in contemporary music as well,” Neptune says, adding that the festival would see folk artistes from India and international artistes coming together.

The tiny harp is the easiest instrument in the world to learn, even easier than the guitar, he says.

The Jew’s harp is essentially an Asian musical instrument with variants used in folk music across the country. Rajasthan has its own version of the tiny harp called morchang. So do northeastern states like Assam and Sikkim, according to Neptune.

‘Hang’ means hand in a German dialect of Switzerland. But at first glance the hang, another unique idiophone instrument, looks something like an unidentified flying object that could have transported a short alien into our orbit.

Relatively new, its inventors Felix Rohner and Sabina Scharer gave hang (pronounced hong or hung depending which part of Switzerland you come from) to the world in 2000 after distilling their research on steel pans and studying diverse instruments around the world, including gongs, gamelan, ghatam, drums and bells.

The hang is made of two hollowed and curved steel discs that are joined together with small dips dotting the otherwise smooth surface and are played like drums or other percussion instruments. 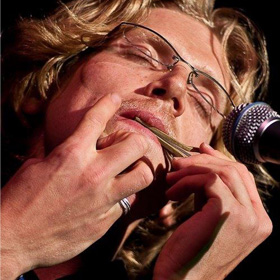 Yes, it does resemble a shield that the Vikings could have gone to war with, but the sound, according to hang aficionado Randy Gangar, a US musician, is like a “cross between the Jamaican steel drum, the African kalimba, maybe the harp, and a little bit like water over bells or maybe wind chimes all put together.”

Danny Cudd, a hang player from the UK, says that the instrument first premiered in the international music scene in 2001 at the Frankfurt Musikmesse, but has made its presence in Goa since 2004.

“Two hang players come from Goa every season,” he says.

The pleasant hang sound, however, drowns in face of the orc horn, an instrument whose war-cry-like sound inspires energy even at the weary end of an exhausting trance party.

“Yeah, that was like a war call. It had so much energy that it almost made me jump,” seconded Puru Mehta, who says that he had heard the orc horn played in the ‘The Lord of the Rings’ and ‘The Ten Commandmants’ sound tracks. But listening to it live is a different experience altogether.

“The sound of the orc horn is still resounding in my ears,” exults Dennis Rodrigues, who watched a live trance act called Highlight Tribe on January 6 at Hilltop.

Instruments like the orc horn, Jew’s harp, hang and didgeridoos still have their place in underground music circuits, despite the overwhelming influence of synthetic music tracks generated by computer processors. All they need is perhaps a good ear to seek them out.