How The Late Great David Bowie Changed Our World

How The Late Great David Bowie Changed Our World

The world’s iconic pop-art, health fashion chameleon David Bowie aka Ziggy Stardust rockets up his Sputnik for the Blackstar, says Goa’s lifestyle and fashion writer ETHEL DA COSTA. In his untimely demise, he leaves behind a black hole the size of an alternate universe.

Timing is everything. Make it your mate and watch it expand, allowing you to dance with its secrets. The magical maverick genius of our times, I’m guessing, knew this well. With eccentric artfulness, he peeled each layer of skin to self mould into another version of his personal re-invention.  Create, destroy. “We are nothing, but a Blackstar,” he said.

David Bowie to the world was a gender-blender of mind, mood and spirit. Ziggy Stardust to those conflicted with sexuality, Aladdin Sane to the thin-line closet walker, the Thin White Duke snub-nosing conventional lyric, song-writing and society itself – inspiring fashion lines across the planet, ushering androgyny, and telling every outcast on Earth that it’s OK to be different. Each persona was a careful study of personality,wringing out great flourish and then sealing it forever to history.

Bowie was addictive. When he was 9 years old, his teachers remembered him as “strikingly imaginative,” “vividly artistic” and “astonishing” for a child.The truth about him was apparent even then.

Bowie first came to me in a flash of screaming hormones seeking defiant self-expression. In 1983’s `Let’s Dance’, he sang,“Put on your red shoes and dance the blues. Sway through the crowd to an empty space.” His highest selling track with a smashing guitar solo by Stevie Ray Vaughan became a popular anthem. I was among the children dancing with electricity coursing through my veins, gobsmacked by the universe of possibilities Bowie brought forth. We could be whoever we chose to be. We could love men or choose to love women, or both, together. It wasn’t necessary to live within the confines of what our parents or peers deemed acceptable. I looked at Bowie, this bohemian gentleman, with his fancy cross dressing, hair gelled stiff or spiked bright, a flamboyant flair for flowing trench jackets that were Vivienne Westwood and Zandra Rhodes in a blink, and knew the world was big. Very big. And life’s possibilities, like Bowie’s personas, were endless. 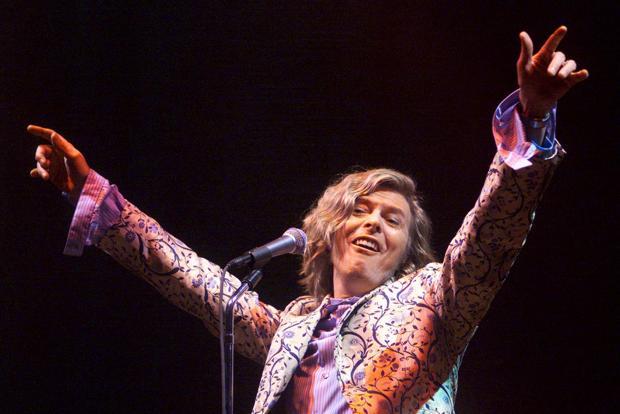 The cult of Bowie inspired five decades of avantgarde, in fashion, music, art, sexuality, culture and other human arenas. In a career spanning more than half a century, David Bowie curated his own master-class. Starting from his `British Bitch’ of the late 60s, he epitomized androgyny, cultural diversity and glam rock. Decade after decade, he spearheaded a fashion and cultural frenzy, all the time weaving sexual fluidity, creating and then rejecting his own reinventions,defying common sense and then suddenly embracing it,lest he were to buckle under the pressure of his own aura.

From Jean Paul Gaultier who quotes Bowie’s influence on him as “instant and permanent,” to Emilio Pucci who showcased a dedication of jewel bright suits, to Burberry’s recent tribute to 1969’s `Space Oddity’, Bowie’s impact has stood the test of time. No other artist has had the singular ability to trapeze so elegantly through new wave and pop rock eras of decades past right through to 2016, straddling glam rock, electronica, and neo-classical with virtuoso complexity in between.

Bowie adopted many elements of Japanese culture into his stage performances. Japanese designer Kansai Yamamoto – who designed much of Bowie’s celebrated Ziggy stage outfits – called him a “beautiful androgynous shape-shifter,” who broke one sexual taboo after another with this infectious style. Among Yamamoto’s other famous Bowie outfits was `Space Samurai,’ using loose trousers and martial arts attire.

With such an astounding career behind him, Bowie in recent years started to look the part of `elderly gentleman’. Until we realised this past week that, even in his late 60s and racked with cancer, the rebellious spirit that formed the core of his artistic being was far more alive than his failing body. He released the album Blackstar on Jan. 8, his 69th birthday, just two days before his death. There’s little doubt he meant it as a parting gift to his fans, a kind of message from the grave.  “Blackstar may be the oddest work yet from Bowie,” wrote the New York Times.

Bowie inspired innumerable bands across the planet, as they drew heavily from his signature sounds, stage persona and individual style. He changed the nature of rock music, and sold more than 140 million records worldwide. Bowie had no minutes to waste, no tears to shed, leaving behind a history so vast it would take another lifetime to emulate his hugely successful journey on this planet (and, in song at least, other planets, too). So long Ziggy. Let your Stardust continue to shine on me. 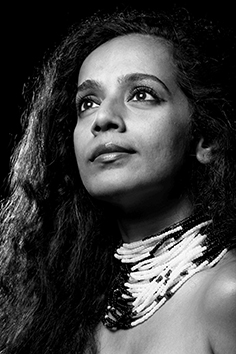