Goa has seen many faiths come and go. Some like Hinduism and Christianity stayed on, but even these belief systems have not replaced some really old traditions. Let’s look at six rather odd traditions and rituals still followed in rural (and sometimes urban) Goa in the 21st century.

A fireplace made of human heads
The Shir randonn or Shisharani ritual at a temple in Canacona is exactly that, a fireplace of heads. Three men lie with their heads together. A fire is then lit between their heads and an earthen pot is placed on this bizarre fireplace. Fortunately the wet towels and banana trunk layers wrapped around their heads prevent any further damage to the brains of these poor chaps.

Wax body parts offered at shrines
An ex-voto is an offering to the saints, for wishes asked or fulfilled. Body parts moulded in wax, are often offered, praying for a healing of that afflicted part of the body. Such wax offerings can be seen at the entrance of the Bom Jesu Basilica at Old Goa and other shrines in Goa. Hands, feet, dolls and other symbols are very popular. If you look into their wares properly, even a phallus can be spotted, complete with wax testicles! The devotee who picks this up is either asking for a child, or simply for an improvement in his virility. 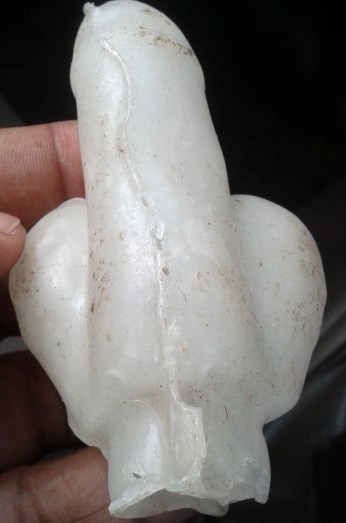 Rubbing chillies and salt on the body
The traditional Goan ritual of ‘dishtt’ involves taking some chillies and salt and lightly rubbing them along the body and limbs of the afflicted person. The chillies and salt that have absorbed the bad voodoo are then flung into the fire, where they expectedly cause much magical crackling. In a really bad case, the possessed chillies are disposed off at a crossroad, where the naughty spirits will probably jump someone else.

Eggs and coconut milk poured over a man or woman’s head
The ceremony of ‘ros’ must have been originally a beautification ritual, with oil, turmeric, coconut milk and other soothing liquids and pastes being applied on the skin and hair of the bride to be. But it often becomes a merry making event where the relatives and friends gang up to play pranks on the hapless bride. So along with the rejuvenating pastes, a mischievous relative may pour egg yolk of dubious vintage, and may even sneak some fish water in the mix, thus letting off an unholy stink. 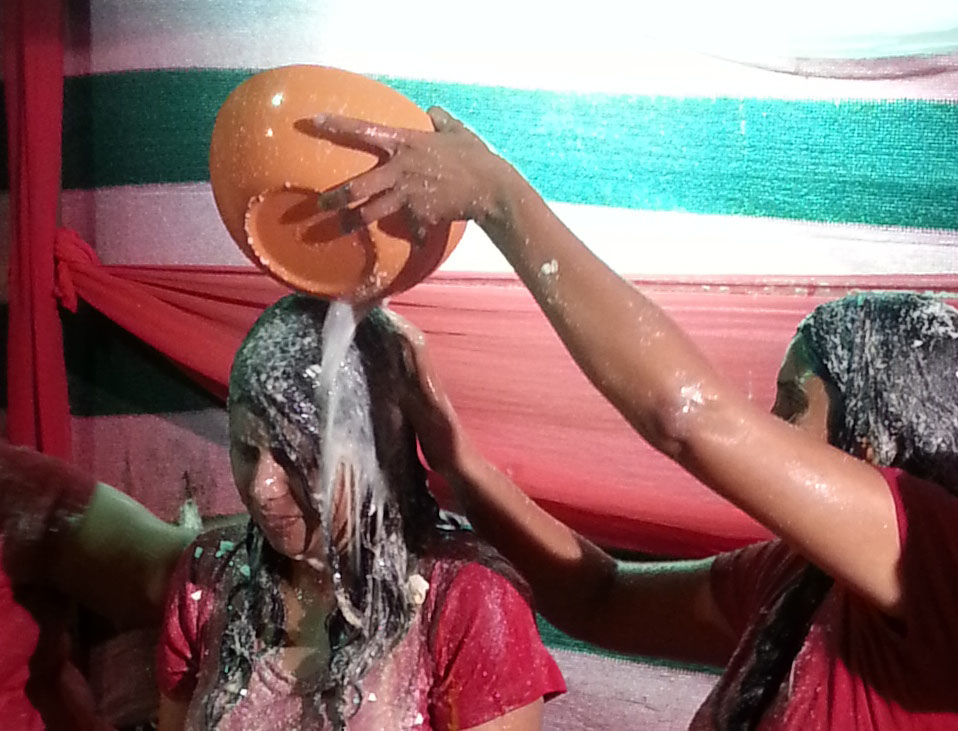 Adults frolicking in wet mud
Visit the Chikal kala festival at Marcel in Ponda taluka and you will see adult men, teenagers and children all happily frolicking in wet mud, covered from head to toe in the brown mucky stuff. After the temple rituals on that auspicious day, the devotees smear oil on their bodies and the fun begins. A good rain shower or a water tanker makes the ground nice and muddy, and everybody becomes childlike again. This ritual symbolizes the games that were believed to have been played by Lord Krishna in his childhood. 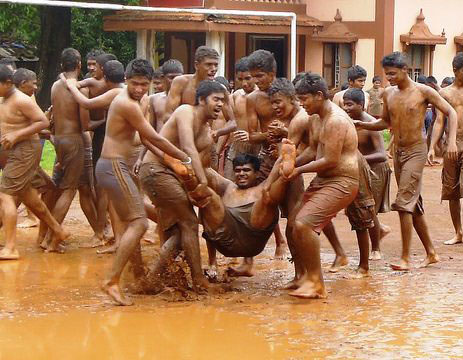 Tying threads around a tree, tying chappals to trees
In the Vata Purnima ritual of India, women dress in their finest and tie cotton threads around the trunk of a banyan or peepal tree. Around and round they go, all the women, old and young, praying for the prosperity and longevity of their husbands. Another tradition of tying chappals to trees indicates that the owner is trying to ward off the evil eye of his neighbours or the passersby. Others believe this practice is to shame a barren tree into giving fruit. 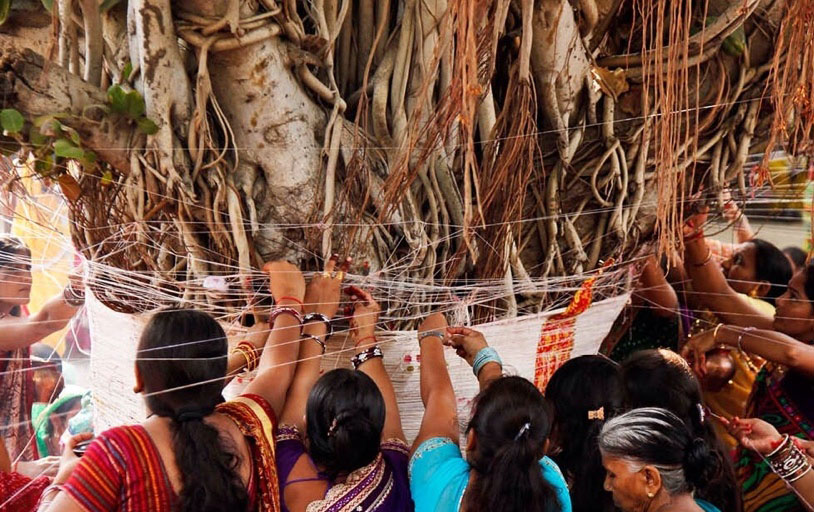