In a tournament of nail-biting matches, sale the people of Goa, like everyone else on this football-crazy planet, are bracing themselves for still more drama in this weekend’s final battle between former World Cup winners Germany and Argentina.

Truth be told, however, when it comes to drama it won’t be easy to match what we witnessed in the days leading up to this crescendo.  Especially the drama that wreaked havoc with the emotions of the host country – first with the tournament-ending injury of its star player Neymar and then the shocking, unprecedented 7-1 crushing by Germany in the semi-finals. It was a thorough humiliation of a nation that spent more than it can afford to put on the event in expectation of receiving a much needed moral and economic boost.

Can Germany lift their fourth title?

Mario Quadros, a football lover from Margao, said this about the semi-finals: “Although Germany bulldozed their way into the finals by thrashing the hosts Brazil through their clinical passing and finishing, and Argentina crept into the finals via the tie-breaker, the odds do not favour Germany as so far no European nation has won the World Cup on South American soil. It is time now for the German machine to re-write history by being the first European nation to win the World Cup on South American soil.”

Dias further opined that Brazilian goalkeeper Julio Cesar should have been substituted in the second half. He said players Micon and Bernard could not match the skills of Brazil captain Thiago Da Silva, who had been suspended in the semi final, and the injured Neymar, resulting in a weak Brazilian defense. “The German forwards like Thomas Mueller and Miroslav Klose were remarkable and played an excellent well-coordinated game, scoring four goals in six minutes. Germany’s goalkeeper Manuel Neuer performed well, too. Brazil should get a young coach with good experience and calibre for the next World Cup,” said Dias.

The retired NIO scientist further termed the second semi-finals between Netherlands and Argentina as “an excellent game that was quick with good passing and accuracy being displayed by both teams who were evenly matched throughout the game.”

But ultimately, his prediction is unequivocal:  “The World Cup will certainly go to Germany and the best player will be Thomas Mueller,” said Dias. 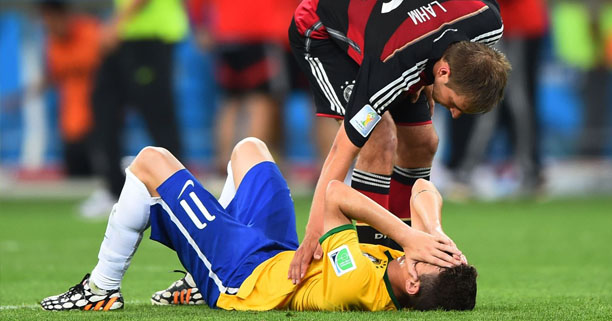 “During the second round, the lesser-rated teams fought hard and matched their higher-rated opponents until the late goals showed them the exit! While the Swiss knife couldn’t cut through the Argentine hearts, the USA was brave in defeat. Well, all group leaders sailed through to the quarterfinals. But barring Colombia, all were stretched to the limit.”

GFDC Chairman Dr Rufino Monteiro remarked, “Germany were taken to task by Algeria and it would have been good to see Algeria or Nigeria in the quarterfinals.”

“But I do not rule out Argentina since their strike force is formidable with the likes of Higuain, Angel Di Maria, Sergio Aguerro and the unbeatable Lionel Messi.” 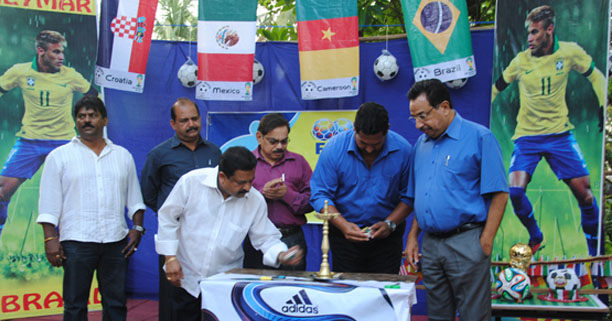 Remarking that “the Asian teams were not up to much this time,” Noronha further opined, “I would have loved to see Ivory Coast in the knockouts but unfortunately, the great Didier Drogba had to bow out of the international stage without making a mark at the World Cup. As Ronaldo said, ‘Portugal were never the World Cup winning material.’ Uruguay bit the dust through their own shortcomings.” Noronha was especially happy to see Germany’s Miroslav Klose’s performance. Against the Brazilians, he scored his 16th goal in the World Cup, entering the record books for the most number of goals scored.

The CEO of Football Edge Management, Anuj Kichlu says, “The matches that have impressed me the most were the Brazil v/s Mexico as this was one of the most entertaining goalless draws I have seen. The Netherlands v/s Australia game was a topsy-turvy match wherein Australia could have pulled off an upset. The Switzerland v/s Ecuador game wherein Ecuador had a chance to win the match but Switzerland scored off the resulting counter attack in stoppage time.”

Quadros, from Margao, was particularly impressed by Uruguay, and hoped they could repeat their 1950 World Cup final performance, beating Brazil to claim the Cup. “But alas, it was Luis Suarez who was the villain and marred Uruguay’s progress into the quarterfinal stage. We, in Goa, expected Portugal and Cristiano Ronaldo to shine in this World Cup but no, it was Pepe who was responsible for their inglorious exit! The player of the tournament (for the ‘Golden Gloves’) will undoubtedly be the Ghanaian goal keeper whereas for the ‘Golden Boot’ it should go to none other than James Rodriguez,” stated Quadros.

Yes, it will be played on South American soil, and no European team has ever won there. It’s certainly not unthinkable that in the final match, however, history will be made once again.