The Fight Over A Proposed Golf Course Reaches Boiling Point

The Fight Over A Proposed Golf Course Reaches Boiling Point

Residents, activists and environmentalists say the proposed resort and golf course will destroy the village of Tiracol. The developers say it’s exactly the sort of infrastructure Goa needs to reach its goal of becoming a world-class tourist destination.

Regardless of who’s right, it’s fair to say the fight over Tiracol has heated up to a degree never seen before in the state. Activists are using protests, agitations, marches, meetings, musical concerts and media events to get their point across. Several different NGO’s, rather than just a single organisation, have come together to oppose the project – a rare case of solidarity in Goa. Musicians, artists, writers and professors have joined the movement, which is enjoying a momentum rarely seen in the state.

Still, the project’s prospects are far from dead. And powerful forces in the state, including the government itself, are determined to see it to fruition. The proposed resort and golf course, combined with a new Rs 77 crore bridge coming up connecting Tiracol to the village of Querim (and modeled after the Sydney Harbour Bridge), are sure to transform this once isolated outpost, known mostly for a picturesque old fort, at Goa’s northern tip.

“Goa is naturally beautiful and it should not be destroyed for commercial benefits. Tiracol is one of the most generously endowed areas in Goa. We need to protect Goa’s unique identity from such mega projects,” said Sudeep Dalvi, convenor of the Save Goa Save Tiracol protest group.

In Goa, any project that has the word ‘mega’ attached to it can count on stiff opposition, with folks often viewing them as fronts for real estate mafias and politicians colluding to destroy Goa. For its part, Leading Hotels Ltd, the company behind the proposed golf course & resort, argues that its multi-crore project is being built in a relatively barren part of the village, a safe distance away from the 30 families consisting of 200 people who inhabit it. Not by coincidence, the company is labeling its endeavor “Barren to Beautiful”. And Leading Hotels is assuring Goans that the village’s natural beauty will be preserved and that the project will be in harmony with nature and the life of the villagers.

“The Golf course is one part while the village is the other part, and we do not intend to acquire the village. It’s an eco-friendly project and won’t affect the locals. All the agricultural activities practiced by them can carry on and more trees will be planted in the golf course area,” Leading Hotels spokesman Gerson Rebelo told Streets. He added that the company has set aside Rs 50 crore to build health centres, schools and other facilities meant to better the lives of the villagers.

Villagers and activists, however, have accused the company of all sorts of irregularities and crimes, including the use of “goons” to clear land slated for the golf course.  The controversy was stirred further this past week when Dominic Pereira, one of the leading voices opposing the Tiracol project, died of a sudden heart attack at age 70.  Pereira had claimed that his name as a registered tenant in the vicinity of the proposed project had been erased from public land records. Leading Hotels insists that version is a fabrication, and that Pereira’s name never appeared on any record. Whatever the case, Pereira’s death has breathed even more life into the conflict, with activists calling him a “martyr” and vowing to press on in his memory.

“The employing of goons was a trigger that made us start this movement to unite Goans to take on Leading Hotels and stop them from destroying Tiracol forever by using muscle & money power,” said Dalvi.

Tiracol’s residents have been farming the land for generations, with extensive cashew and coconut plantations. They fear their traditional way of life is being threatened. The tenants of Tiracol say they are facing forced eviction and destruction of livelihoods to make way for the golf course and resort. 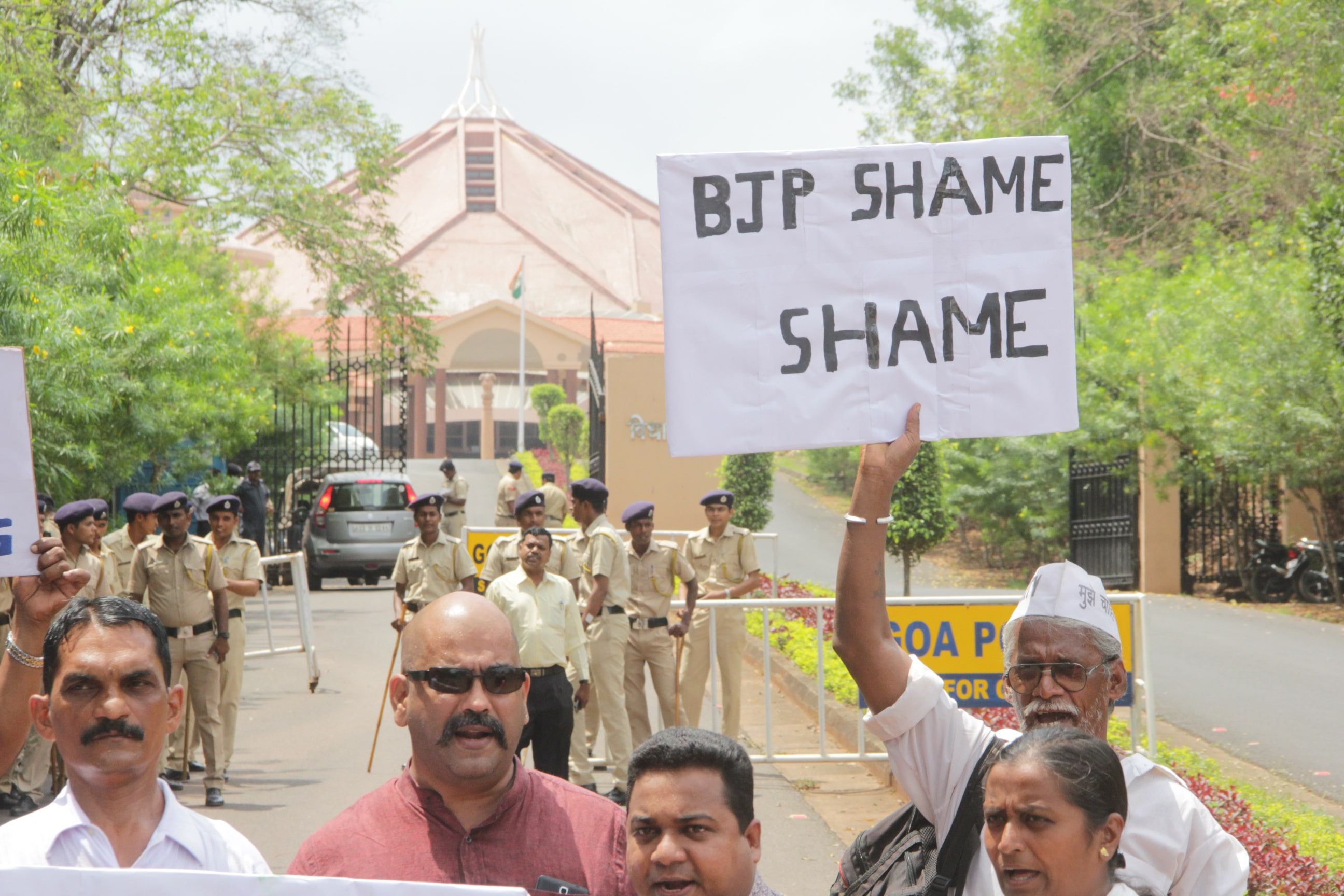 “There was a division amongst the people of Tiracol with a few families giving up their tenancy rights for money, which is again illegal. The nexus between politicians, bureaucrats and corporate houses is to be blamed for the current situation, but we will not allow the Golf course to come up in Tiracol in the guise of development and prosperity to the village,” said Rodrigues.

Leading Hotels vehemently denies any illegalities or other involvement in dirty tricks to win approvals from the government and support from tenants.

When Streets questioned Rebelo, the company’s spokesman, on the alleged high-handed behavior over the last few months, he agreed that the situation could have been handled differently but maintained that the golf course project is in the interest of both Tiracol and Goa as a whole.

Rebelo said a handful of misguided activists are stirring the passions of Tiracol’s villagers. He said the company plans to provide the village much-needed services such as schools, electricity, new roads, water connections and hospitals.

Asked about the apprehensions raised by many regarding the water required for the golf course, Rebelo said, “We will harvest rain water that will benefit the golf course throughout the year.”

Environmentalists call that assertion patently absurd, arguing that a golf course will use up an inordinate amount of water in a region already struggling with shortages of this vital natural resource.

Government officials are backing the project, in the belief that a golf course will attract the sort of high-spending tourists the state so desperately wants.

A senior official from Goa Tourism echoed the sentiments of Leading Hotels, saying that the proposed golf course will boost high-end tourism, send the state exchequer soaring and also provide much needed employment. Tellingly, however, this official spoke on condition of anonymity, reluctant to be seen defending such a controversial project.

The question is not a new one. Are these mega projects essential for Goa’s prosperity, or do they destroy the state’s natural beauty and traditional ways of life? Clearly, public opinion is divided, though in this case the Save Tiracol sentiment seems more prevalent. Who in the end will decide Tiracol’s fate? The answer to that question is not clear, but developers and activists alike are watching closely, because the outcome is sure to have far-reaching consequences for the future of development in Goa.