Corporate chains like KFC and Mainland China may be the biggest hit in Panjim these days. But that hasn’t even slightly dented the popularity of the city’s beloved “local” cafes – the small eateries folks here have cherished for a century. Just after the curb of Azad Maidan, hospital under the posh nosh Cafe Mangii,… END_OF_DOCUMENT_TOKEN_TO_BE_REPLACED

Corporate chains like KFC and Mainland China may be the biggest hit in Panjim these days. But that hasn’t even slightly dented the popularity of the city’s beloved “local” cafes – the small eateries folks here have cherished for a century.

Just after the curb of Azad Maidan, hospital under the posh nosh Cafe Mangii, ailment one finds a much loved Panjim institution: Cafe Real, pronounced ‘Kah fay  Ray Aal’, the proper Portuguese way, as any local Goan would immediately correct.

lt is one of the most well-visited Cafes in Panjim, with its location in the heart of the city. Esbablished back in the mid forties, this place is not a just a popular eatery, but also a geographical landmark.

Cafe Real is most famous for its evening snacks like samosas, sukhi and usal bhaji.

In addition to an established local clientele, you will almost always see a few tourists floating around.

During rush hours, expect to wait a few minutes to get a table.

The 70-year-old (give or take a year or two) cafe has gone through a lot of renovations over the years, but the ambiance of a small-time cafe is still what gives this place its uniqueness. Sitting inside, one senses a very nostalgic and authentic vibe. 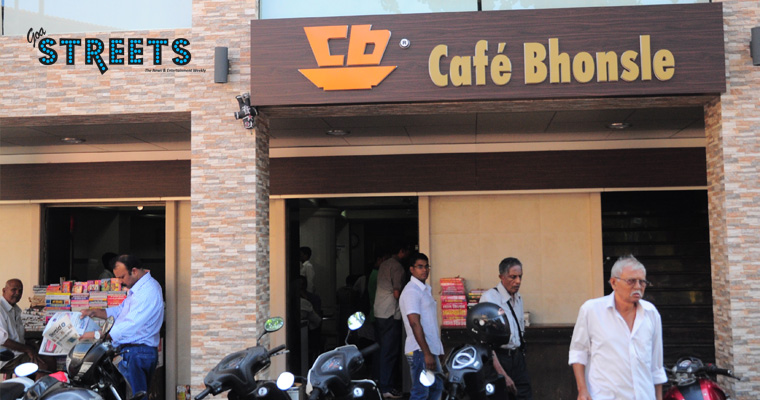 Upon questioning a British couple about how they discovered this joint, they explained, “We didn’t know about this place. We just asked somebody where we could get something local, and they guided us here”. And that’s pretty much how this place is advertised, through word of mouth. This means of advertising has been more than enough for Cafe Real, which has built its reputation on serving good authentic Goan food.

Bang opposite Real, if one takes the road towards Church Square, a left into a little street will lead you to an innocuous little shop, proudly bearing the sign ‘ Hanuman Cold Drinks’. A faded print of the revered monkey God, valiant with mace, sits proudly on the wall, just behind the counter. Hanuman Cold Drinks was started by Mr Vasant Shetty all the way back in 1945. Mr Vasant, hailing from a small village in Bicholim, set up a cold drink shop (located in the same place where it is now) to serve the good people of the neighbouring area beverages like fresh lime soda. Slowly and surely, the business started to do well, so much so that they served nothing but these beverages for 26 years, until 1971. In 1971, they appointed a cook who is still there today! The menu would expand to include milk shakes, cold coffees and the now very famous fruit salad (which is served with custard and vanilla ice cream). 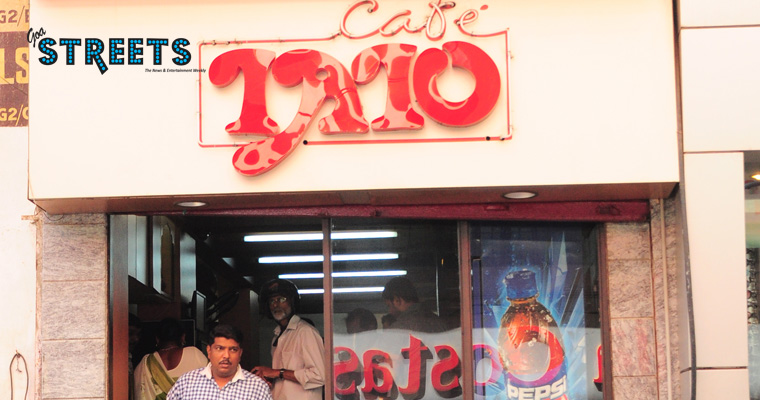 Ashok, along with his two brothers Santosh and Dilip, now run the family business. This responsibility fell in their hands after the demise of their father in 1976. During a visit to the shop, a local regular sitting at the next table, sipping a papaya shake, had this to say: “This place still functions just how it was in the early days. There is very little changed about it, and I love that. I love the small-town feel it has with simple tube lights, the small seating arrangement, and the almost secret location.”

And even with the limited seating and non fancy location, this humble joint serves at least 200 to 300 people every day on average.

With almost everything on the menu ranging from Rs 30 to 50, this place is a hit among the pocket-moneyed collegians, who for years have been the main clientele for the shop. Another important selling point that works in the favour of Hanuman Cold Drinks is the home feel, right from the taste to the old stored Pepsi bottles, to the cobwebs on the ceiling and the menu on the chalkboard. Hanuman has managed to retain the same feel that corporate chains spend millions on developing, just by staying still!

“Our clients have been customers who have been visiting us for generations now,” explains Ashok. He further adds, “the majority of customers today are the kids and grandkids of the people

who used to visit us when we had just started, and these people introduced this place to their next generation,  and so on.”

Walk ahead into the square of the almost derelict Cine Nacional, and you will find Café Bhonsle. This was one of the first cafes to pop up around the periphery of the Panjim Church, the origin point of the city, and has been in business for around 80 years. Recently expanded and renovated, this cafe started as a small, humble enterprise, and has now turned into one of the busiest food joints in the city, with a healthy balance of locals and tourists.

Cafe Bhonsle is a regular joint for office goers, and is busiest during the lunch and evening tea hour. During rush hours, strangers come up and plop themselves down at your already occupied table, a long accepted phenomenon in these cafes.

A hop, skip and jump, and one arrives at the square of the glorious Panjim Church. Cafe Tato can be found just off one of the arms of the square, near the prominent Mr Baker. Tatos, as it is fondly known, is one of the oldest cafes in the whole state, first established in 1913. Yes, that’s right. It will complete 100 years this year. Started by a Marathi native, Keshav Dhuri (who was also fondly called tato, hence the name), Tatos is one of the busiest restaurants in Goa, catering to at least 900 people per day at EACH of its three branches.

It started out as a local snack bar serving only tea and bhajias. Now it has expanded to serving breakfast, lunch and dinner. Their puri bhajis and local samosas are the most ordered of all dishes, and the place is most busy during the breakfast and evening tea time.

After being passed down from generation to generation, the primary business is run by the four grandsons of Mr Keshav Dhuri, namely Pradip, Sunil, Dinesh and Sadanand.

Pradip, says “90% of the people who visit are the locals, a few tourists are also spotted but most are locals who have been visiting, generation after generation. Of all the regulars who visit, I know at least 50 % by name.”

Pradip identifies a few regulars at one table who say that they have been visiting Tatos for at least 35 years. After years of being in business,

Tatos has now expanded to 3 more branches, with the one situated in Souza Towers in Church Square being the first.

These cafes are an important part of the landscape of memories of many generations of Panjimites and still hold the essence of pre-independence Panjim. Perhaps as much as anything else in the city, they are responsible for the state capital’s quaint, charming, small-town flavour.