North vs South – and the winner is… In New York, price there’s the battle between Manhattan and Brooklyn. In Mumbai, here it’s SoBo versus the western suburbs. And in Berlin, despite there being no wall, you still see rivalry between west and east. Like all of those places, Goa at its core is one unified land…. END_OF_DOCUMENT_TOKEN_TO_BE_REPLACED

North vs South – and the winner is…

In New York, price there’s the battle between Manhattan and Brooklyn. In Mumbai, here it’s SoBo versus the western suburbs. And in Berlin, despite there being no wall, you still see rivalry between west and east.

Like all of those places, Goa at its core is one unified land. And yet there was a time not too long ago when very few dared marry someone from across the River Zuari, and when northern and southern Goans didn’t exactly look up to each other. Even today, a certain mild contempt persists, even if the social and cultural differences are melting away.

Now some might say I’m not qualified to write about the differences between North and South Goa. After all, I’m a Bengali who was raised in Assam. But the truth is I was assigned this story because I am an outsider. Who better to assess these differences without bias than a person with no stake in them? Well, at least that’s what my editors thought. You be the judge.

We all know the stereotypes – the North is congested and cosmopolitan and overdeveloped. The South is pristine and laidback and, perhaps, a little boring. The stereotypes, I realised, may contain a kernel of truth, but really only that, a kernel. These days it’s really not correct to say the South is not a party place (Palolem was recently named one the Top 10 Party Beaches in the world by the website Business Insider). Or that the North lacks serenity. Or that business is the purview of the South. Or that congestion isn’t a Southern problem. 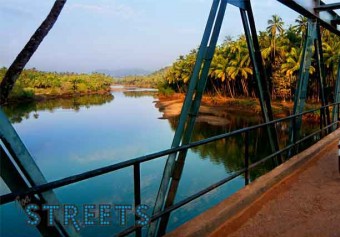 Whatever the differences, today most Goans seem to celebrate rather than bemoan them. That’s good, of course, but an even better thing would be if North Goans and South Goans heed the lessons of their respective mistakes.

Award-­winning Konkani writer Damodar Mauzo offers a historical perspective to the question of what separates the North from the South, referring to the Velhas Conquistas (Old Conquests) of the early 16th century as partly responsible for the cultural differences between the two sides. He says the impact of Portuguese culture is seen more in South Goa because the Portuguese wanted to keep the new converts to Catholicism away from the influence of Hinduism, practiced widely in the Novas Conquistas (New Conquests) – the areas of Goa which were annexed much later in the 18th century. The Novas Conquistas are located in both North and South, but there are more in the North. All this might help explain why there’s more Portuguese food and language in the South. Or why the Ovi, traditional Goan wedding songs that pre­dated the Portuguese, are more prevalent in the North than the South (though of course the South still has its fair share of it).

When I started interviewing actual Goans about all this, the subject that came up as much as any other was language. The Konkani language varies from taluka to taluka; changing significantly as one crosses the Zuari. In Bardez (North Goa), the Bardezi dialect prevails while South Goans generally talk in the Sashtti dialect. Jose Lourenço, a South Goa-­based engineer and writer (and my predecessor at Streets!), says “Bardezkars and Sashttikars tend to mock each other’s dialects and find the intonation funny. In tiatr (Konkani theatre), the Bardezi dialect is used for formal speech, while the Sashtti style is used for comedy.” Journalist Cecil Pinto, a North Goan says, “We speak Konkani. They (South Goans) chant Konkani. All their Konkani interrogations end in a ‘u’ sound.” Pantaleao Fernandes, a South Goan married to a North Goan, says “In Salcette, a lot of people, especially the fisherfolk, speak in a singsong manner. Up North, it’s just milder. I enjoy this language difference.” 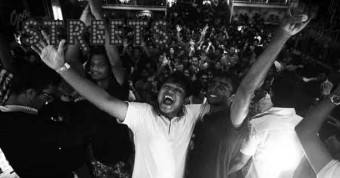 Now we come to the ‘real’ difference that a lot of Goans feel exists – that of lifestyle. Let’s hear what some young Goans have to say about this.

“South Goa is much more chilled out, very beautiful. It is a lot greener and has many islands that people generally aren’t aware of. But there is a vast difference in terms of tourism and parties. The entertainment spots – be they restaurants or clubs are in the North. The South has many 5-­star hotels where tourists are mostly families and those who’re into swimming and yoga. It’s too peaceful for my taste.”

And this from 24-­year-­old Jonah Rodrigues from Utorda in the South:

“Life on my side of the Zuari is comparatively more laidback. Lifestyles, be they recreation or religious, are still conservative and cautious. Parents are not liberal and thus youngsters don’t venture out for late nights. Another reason could be that Margao is dead by 9 pm. There isn’t much one can do, unlike, say Panjim. People in the South have a bad notion of the North because of drugs and the party culture. But I feel North Goa is more accepting and tolerant.”

For all those new to Goa or too young to remember what life was like before bridges were built over the Zuari and Mandovi Rivers, it used to be Margao, not Panjim, that buzzed at night. In the old days Panjim closed up by 7 pm, as soon the government offices called it a night.Besides the building of the bridges, the big change began when the hippies landed in North Goa and tourism started developing there – setting that part of the state on the road to fast development.

Installation artist Subodh Kerkar, a North Goan, offers a slightly different take on the ‘flamboyant’ image of North Goa popularised by its parties and beaches. He says, “The hippies landed in the Anjuna­-Baga-­Calangute belt initially which explains the presence of so many crowded, and interesting, restaurants and shacks. The kind of buildings that have come up there are ‘cancerous’ with no proper infrastructure or aesthetics. While I personally don’t believe in the North­-South divide, I think the yet­-untouched South Goan seaside could learn from the mistakes of the North.”

He believes the lack of a tourism policy is to blame for the damage to North Goa’s beaches. “The shack culture has destroyed many of the traditional practices in the North. But in the South, you still get to see some lovely things from the past, like Rapon (traditional cooperative fishing where hundreds of fishermen fish together by casting a kilometre­-long net into the sea) in places like Benaulim.”

It’s been a long time since Goans had to cross a river by ferry or boat to get from South to North. And gone are the days when Goans preferred to secure brides and grooms strictly from their areas “because Mapusa was very far from Margao”. But, as Damodar Mauzo says, “that mental block still exists”. Today, North Goans and South Goans are obviously falling in love and getting married to each other (half the people I interviewed for this story have spouses from a different part of the state), enjoying Goa’s natural treasures, and happily laughing at each other’s eccentricities.

And now for my conclusion as an outsider. At the end of the day, there are very few significant differences between North and South Goa. In the course of doing this story, people from the South repeatedly spoke of the laidback sussegado attitude of northerners. And that’s exactly what many northerners said of their southern brothers and sisters. Same goes for business. The number of people claiming the South was the centre of business was very similar to those who said it was the North. My conclusion, therefore, is that a lot of the perceived differences between North and South are in fact just that – perceptions, rather than reality. Perhaps based on attitudes and ideas that existed before the bridges were built and before the hippies settled in Anjuna.

I recently heard a North Goan complain bitterly about the driving habits in the South, and a South Goan make the same complaint about the reckless driving in the North. While I was mulling over my dilemma over whom to believe, Sumeet Bhobe, a North Goan businessman who owns the luxurious Snip Salon chain, sent me this email: “How does one quantify the privilege of living in one of the friendliest holiday spots of the world? With a relaxed attitude, sussegad re…” Sumeet wrote these words as his aircraft touched the tarmac of Dabolim Airport. As he landed, he wondered, “What makes Goa, well, Goa?” The answer hit him as soon as the aircraft door opened and a blast of warm balmy air greeted him ‘welcome home.’

“This warm, welcoming air is felt everywhere, be it North or South Goa…While South Goa is the solitude you seek, North Goa could have the answer to your loneliness. They may be two worlds apart, but they are part of the same Universe…”

Puja Roy is Head of Content at Goa Streets