Are Traditional Fishermen A Dying Breed In Goa?

Are Traditional Fishermen A Dying Breed In Goa?

With its 100 kilometers of coastline and 250 kilometers of inland waterways rich in marine life, Goa and fish are undoubtedly inseparable. From the looks of things, however, what’s not inseparable are fish and fishermen.

Once upon a time the main occupation of the people of Goa was fishing and most Goans were fishermen. Increased mechanization, the slow demise of traditional methods, and the lure of alternative pursuits like tourism-sector work have led to a significant decrease in the number of fishermen in the state. It’s probably not an overstatement to call the raponkars, as the traditional Goan fisherman caste is known, a dying breed. 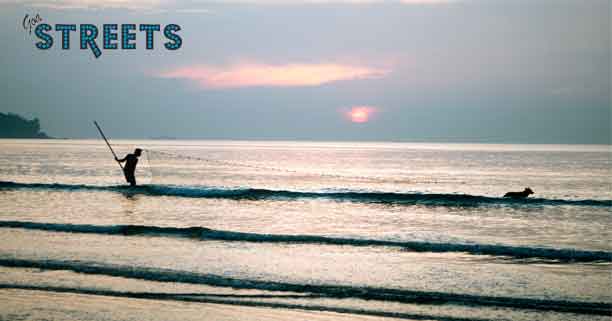 Here is his take on the situation: “Fishing is the bread and butter for me and my family. The government is supportive and is granting subsidies and licenses to us as and when required. Compared to the past the number of fishermen in Goa has decreased drastically. Now-a-days many people in Goa prefer the tourism industry and like working in hotels, beach resorts and giving their houses on rent to the tourists and making money rather than working hard and going out fishing. Our youth also nowadays prefer white collar jobs”.

Suresh says that mechanized boats often destroy the nets placed on the shore by traditional fishermen like him, who fish with small canoes. Most fishermen make arrangements for micro financing and buy a small quantity of net to catch the solar shrimp that are abundant in Goan waters for the first fifteen days after the monsoon ban ends – from August 1 to August 15. A good catch of solar shrimps, say 5 to 6 tonnes, can fetch Rs 4 lakh to 6 lakh a day, he says. That’s big money, and fishermen make a quick buck as these shrimp are mostly exported to China and Japan. Keep in mind, however, that fishing in Goa is not a year-round activity (it’s banned during the monsoons), and that fish yields in the state’s coastal waters have been steadily declining. In the end, you’d be hard-pressed to find a rich raponkar. 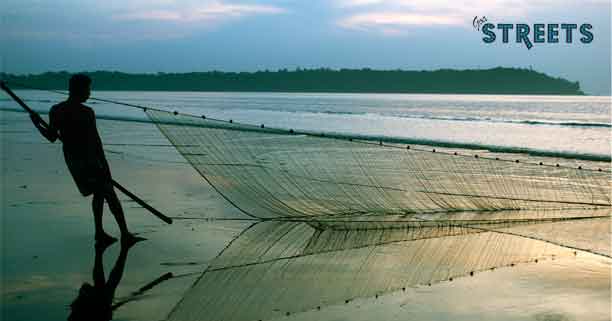 All that’s despite the fact that fish is a must for the majority Goans. And many families in Goa survive on fishing. Fishermen catch fish with nets and sometimes with naked hands. Some ride the trawlers far out at sea.

To feed this large market of fish eaters and also to export to other states, large fleets of mechanized boats leave the shore every day. Earlier there were only the traditional canoes used by the ramponkars. Now there are various types of fishing boats going into the deep sea and also into the estuaries.  Though many still fish in the traditional method, some of them have modernized themselves by fitting a Yamaha outboard motor to their wooden canoes.

Rituraj Tandel, a 38-year-old ramponkar from Vasco, said he got into the job after the death of his father in order to carry on the family tradition of fishing. “I went to school till the 3rd standard and was forced to leave due to my family problems. When I was small I used to go fishing with my father and had the mastered the skills at childhood itself”.

“The key to catching fish”, ramponkar Tandel says, “is studying the kind of fish in a certain area and buying the net accordingly. The whole difference in fishing is getting the fish caught by their gills – different areas, different fish, so different net sizes.” 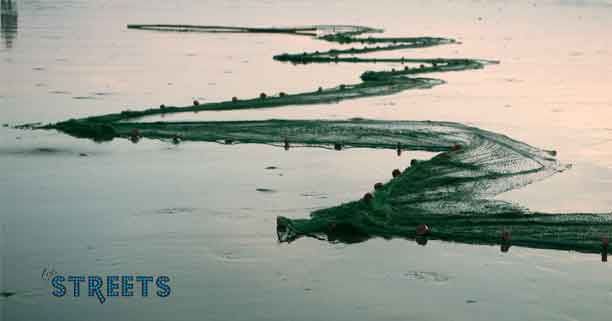 He continues, “Today the government is providing us with subsidies but yet it’s not encouraging many of our youngsters. I couldn’t study but I want both my children to study and do well in their career. My income is not sufficient for my family yet I am happy with what I am doing. During the season time we earn good money but during the ban I have no work and then I am forced to do manual labour so I can earn some money for my family. My wife works in other people’s houses and thus supports the family during those months”.

Tandel says he loves being a fisherman, but laments he can’t do more for his family.

“I am happy being a fisherman but I am not sure whether my kids are happy with me as I am unable to satisfy all their needs.”

In recent years the fish catch has gone down not only in Goa, but along the entire Konkan coast. The fishermen attribute this to the foreign deep sea trawlers who are supposed to fish in international waters, but regularly venture into Indian territory. It seems clear a big part of the problem is the over exploitation of fish resources by mechanized trawlers. Now that the Supreme Court has ruled that the 55-day ban during monsoon must be honoured, the situation might improve in the coming years. 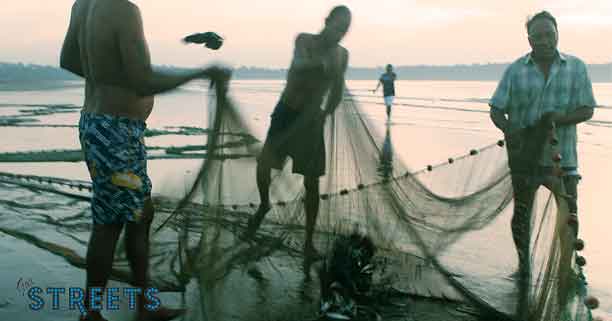 It’s a wait and watch situation to see how the ramponkars manage to survive in the battle of existence against the mechanized fishermen. If they go, so does something beautiful about Goa.