The auditorium at Ravindra Bhavan in Margao is packed for a screening of the new blockbuster Konkani film ‘Nachom-ia Kumpasar’. Prince Jacob, a familiar face on the Konkani tiatr scene welcomes the audience, appreciating that folks from all walks of life, all faiths and age groups have gathered to watch the film. I gather from the twitters around me that many are here to see the movie for the fourth or fifth time. That’s something unheard of for a Konkani film. The curtains part, the trumpet music strikes up and the screen flickers to life.

Nachom-ia Kumpasar, a musical movie directed by Goan born advertising pro Bardroy Barreto is gearing up to rock the Konkani film industry. Produced at a cost of over three crore rupees by Angelo Braganza of Goa Folklore Productions, the project used the crowd-sourcing model to finance it—over a hundred names appear in the credits as co-producers.

What is it that makes this film such a raving success? It is the same ingredient that made classic Konkani films of the sixties, Nirmonn and Amchem Noxib and others, such hits that Goans still watch those grainy black and white films on DVD again and again. That factor is music. Just as the old films swung to the fabulous songs and music composed by Frank Fernand, the new film is all about the musical genius of Chris Perry (1928-2002). This versatile musician, composer and arranger literally jazzed up Konkani music in the seventies, taking it to a new level. The combination of his music and lyrics with the powerful voice of Saligao-born Lorna Cordeiro produced numerous hits that dominate Goan homes and dance floors even today. Nachom-ia Kumpasar is clearly based on the fiery relationship between Perry and Lorna, portrayed in the film as Lawry and Donna.

Nachom-ia Kumpasar, meaning Let’s Dance to the Rhythm, takes its title from the song of the same name. Chris Perry’s trumpet is at its full blown best here in this high-energy dance piece. Lorna’s vocal range is also full on. Her throaty mezzo-soprano voice lapses into coquettish giggles in this song as she huskily tells her mother that the beat of the music calls her to dance. 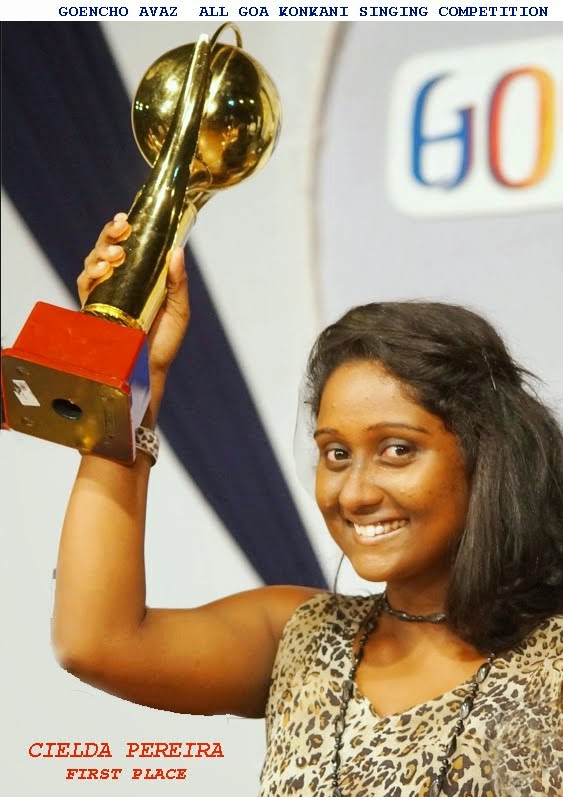 Recreating Lorna’s voice for the film’s soundtrack would have been difficult if not for the discovery of Cielda Pereira, a recent arts graduate hailing from Betalbatim. Streets chatted with this talented singer who has suddenly shot into the limelight with the film’s unprecedented success.

“Lorna is Lorna, and Cielda is Cielda” she boldly proclaims. Though she knows that people feel she has the same voice as Lorna’s, she believes her voice has a different identity. Aware that she could get swept into the shadow of the great Lorna, she wants to be known as herself, for what she is. “I can never be another Lorna. Lorna is irreplaceable,” says Cielda.

Nachom-ia Kumpasar was a once-in-a-lifetime experience for her. She sang Lorna’s songs, giving them a new dimension with her own voice, that held its own in comparison to that of the legend. Conjuring up the emotions of Chris Perry’s stormy lyrics was challenging, but growing up in an environment where Lorna’s songs were a daily dose, she enjoyed singing them.

Cielda has not had any formal training in singing, but successfully answered a voice grade exam under Fr. Peter Cardoso’s guidance, through Trinity College of London. She plays a bit of guitar and is taking organ classes. This talented songstress also plans on studying for a Bachelor’s degree in Education in the future.

She is passionate about the film. “No other movie can ever recreate the aura of seventies the way this movie has successfully done. The music and the story ultimately touch one’s heart. Once you enter Larry and Donna’s life you just can’t get out of it. The movie is a tribute to the unsung Goan musicians who worked very hard for the Indian music industry but got no recognition in return.”

This is widely felt among the Goan music fraternity. Having been trained in the Escolas de Musica, the music schools of Portuguese-era Goa, Goan musicians sought their fortune in the jazz clubs and grand hotel ballrooms of Bombay. Anthony Gonsalves, a pioneering Goan musician in the Bombay film world, fused the western traditions of his Goan heritage with the Hindustani melodies and rhythms in films of those days. He is credited with having taught R.D. Burman and Pyarelal Ramprasad Sharma of the Laxmikant Pyarelal team. Composers like Gonsalves, Chic Chocolate, Chris Perry, Sebastian D’Souza and others had to remain content in the background, despite their significant contributions.

Chris Perry did something different musically. He took the traditional rhythms of Goan music and blended it with Western Jazz to produce an energetic sound. Besides Lorna, his compositions were performed by leading artists like Mohammed Rafi, Asha Bhonsle, Usha Uthup, Hema Sardesai, C. Alvares, Ophelia, Mohana, M. Boyer and H. Britton.

Nachom-ia Kumpasar’s focus seems to dwell on Donna more than Lawry, given the excellent histrionics of Palomi Ghosh who plays the singer, compared to Vijay Maurya who plays Perry. But Goan music connoisseurs watching the film (there are hundreds of them!) are well aware that it is Chris Perry’s music that is the mainstay of the film. It is pertinent to note that Lorna has not fared as well after her comeback to Konkani singing in 1995. As far as her newer songs go, the Chris Perry magic has gone. But it remains on the LPs and compact discs and radio programmes that still spin out those strident songs from their passionate relationship in the seventies. Through this, and now the movie, the Chris Perry magic lives on. 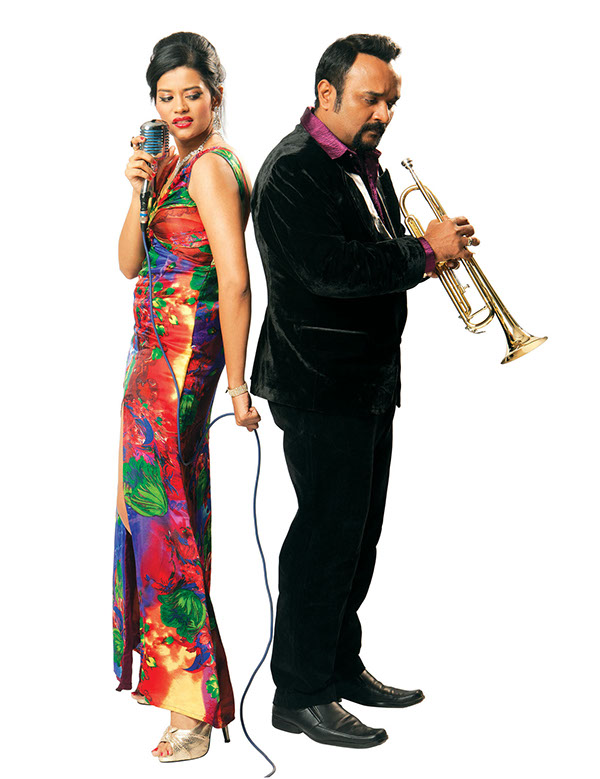