EDITOR’S NOTE: The Goa Streets series, “Trailblazers of Goa: Passionate People Who Make A Difference” features photos and interviews with those who break convention, obliterate barriers, seize new opportunities and inspire the best in us. We have asked each of our Trailblazers the exact same questions about their lives and hopes for Goa (see bottom of this story). This week’s Trailblazer is Lester Godinho, who blazes his trails to the noisy, soul-stirring beat of a drum. If you’ve ever been out on the town for an evening of revelry in Goa, chances are you’ve heard Lester thumping away. Yes, Lester marches to the beat of his own drum, and we’re all better off for it!  Trailblazers of Goa pictures have been taken by noted photographer Eugen Hanley, with words by long-time writer and world traveller Hilary Lapedis.

Drumming his way into Goa’s musical heart is Lester Godinho.  Always found seated at the back of the band, this gentle drumming maniac can tease us with smooth jazz rhythms or pump us up with stand-out, thumping rock riffs; his face shining with the perspiration of percussion.  Lester, wearing his trademark Hawaiian print shirts, sits crouched predatorily over his drum kit andhas pounded his way into Goa’s Jazz and Rock music scene.

Bombay born and bred, Goan Lester, 59, came home to Goa some twenty years ago, “I got fed up with the crowds and pollution of Bombay.”  His musical training started with studying the violin for seven years as a young boy and segued rather more noisily into percussion. Already an accomplished musician who was working in Bollywood, Dubai and even Korea, he, luckily for us, chose to come back to his roots. Music was in his bloodline with his father, drumming legend Leslie Godinho featuring as his own musical trailblazer. Leslie played live and recorded music extensively in Bollywood and was Lester’s motivation to continue the drumming dynasty. His mother was equally musical and was a singer. So, did he ever consider a career other than music? “I got my Bachelor’s degree in agriculture!”  Despite winning a scholarship to study abroad and earning his degree, “I gave it up because I wanted to play drums.” Farming’s loss is indeed music’s gain.

Lester’s love of Jazz music started with his father’s own Jazz band, “I was born into music.”  He reminisces, “at that time Goan musicians ruled the western music scene in India.”Today, his first love is still Jazz music but as a family man and a gigging musician who frankly needs to make a buck, he can turn his hand to any musical genre.  Whether rocking out in ‘Demokracy’, with front man Vamsee Krishna or smoothly sexy with ‘Still Waters’ behind Brazilian Jazz  man, Jim Porto, it’s a fair bet that lurking behind that drum kit is Lester giving it his all.

Lester is a musician’s musician.  Always playing live and a supremely accomplished improviser, Lester abhors electronic tweaking.  He worked in Bollywood but “I got fed up with it.” It was the industry supported practice of unoriginal music and “replacing entire live playing orchestra sections with synthesized keyboards.” You will never see Lester producing music that is anything other than live and performed in the moment.

He has played numerous charity gigs for organisations like CRY (Child Rights and You) and for Mother Theresa’s in Mumbai.  A teacher of percussion who can boast having seen his student win first prize in the Middle East when he taught at the Popular Music Institute in Dubai, Lester is one of the good guys.  His belief in the purity of music allows him to gig with younger self-trained performers and make them look good.  He’s not a front man, preferring to let his wealth of musical knowledge and his experience do the talking. In fact, the closest family man Lester Godinho gets to a rock-and-roll lifestyle is wearing those loud Hawaiian print shirts! Look out for them at the next gig you’re at and revel in his music.  Lester Godinho, you are one noisy trailblazer! 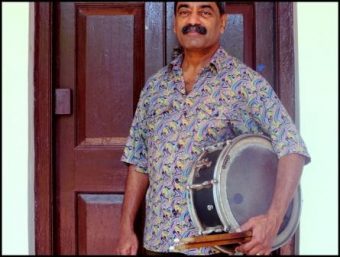 When we FIRST moved to Goa from Bombay(now Mumbai) it was the “closeness to nature” {I studied AGRICULTURE because of my love for PLANTS} that attracted us, besides the fact, that our roots are “GOAN’!!

IF I were to be the KING of GOA, the FIRST thing I would do is to STOP the systematic destruction of our land and its resources in the name of ‘PROGRESS’!!!

GOD: To seek His opinion and advice on the ‘present’ scenario in Goa!!

MY ‘LATE’ PARENTS: To experience the ultimate joy of having them back with me and

to know IF they felt there was something ‘radically wrong with ‘MY’ way of thinking!!!

MARIO MIRANDA: For his ‘take’ on the present POLYTICKS…er…Politics in Goa!

NARENDRA MODI: For a logical explanation of his SWACHH BHARAT ABHIYAN

initiative which seems riddled with a lot of “poo-poos”…er…

THE Inspector General of Police of GOA: To learn the reasoning behind stopping ‘LIVE’ music at 10.30 P.M.

My FAMILY has always been my ‘pillar of strength and support’.  The THREE WOMEN in my life have constantly motivated me to keep pushing my “musical boundaries”!!

Being a musician, I sincerely hope that the musical standards set by our forefathers will

‘NEVER’ be eroded. There are far too many “non-musical” entities trying to get in through the ‘BACK DOOR’!!!

Please tell us a secret OR secrets about yourself?

The sound of a well-played violin “still” captivates me. Like the old saying…”A good fiddler knows ‘how’ to…FIDDLE”!!! 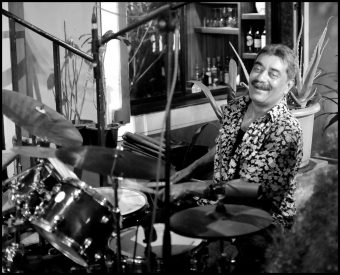