Happy New Year To All!

Happy New Year To All!

If you’re thinking about starting a new business or relationship, perhaps making an important purchase or investment, or any other major life decision, this might be a good time to take the plunge. After all, we are now celebrating Gudi Padwa, the the Hindu New Year. Gudi Padwa is the name for the new year used in Goa and other parts of India, but not the entire country. There are many things that can be said about this holiday, but perhaps none is more significant than the auspicious timing it gives to all those eager for a new venture in life.

Believers say this is the day Goa created the entire universe.

This year, the festival falls on March 21 (it falls on a different day on the Gregorian calendar every year, since that calendar is not exactly the same as the Hindu calendar.)

It’s important to remember that the Hindu New Year is not celebrated like the western New Year. No fancy parties or drinking into the night or clubbing in glamorous venues (or at least not much of it!).

Gudi Padwa is a low-key harvesting festival, unlike the exuberant Holi or the glamorous Diwali. It marks the end of one agricultural harvest (the end of the Rabi crop) and the beginning of a new one.

Instead of stars and flashing lights, what you will see outside most Hindu homes in Goa and neighbouring states is a pole sticking out of the window with a brightly-coloured silk-cloth-covered tumbler at its free end, decked in flowers.

By the Hindu lunar calendar, the happy day is the first day of the bright phase of the moon (i.e., the day after a new moon of the first month, Chaitra). The following nine days and nights (or Navratra) are also auspicious – a good time to get married or open a new business or begin a master’s degree in Hindu mythology.

Neighbouring states celebrate it as Ugadi (Andhra, Karnataka) and in Konkani, it’s also called Sansaar Padwo. Other names for it include Navreh, Cheti Chand and Bihu. In offices around the country, women employees will wear yellow.

Astrologically, the sun is supposed to be in the first point of Aries. This is considered to be the beginning of spring (the Vasant Ritu). People of ancient Egypt knew this and Nowruz, literally “New Day”, is celebrated as the Persian NewYear.  Indian Parsis celebrat Nowruz around this time of year. 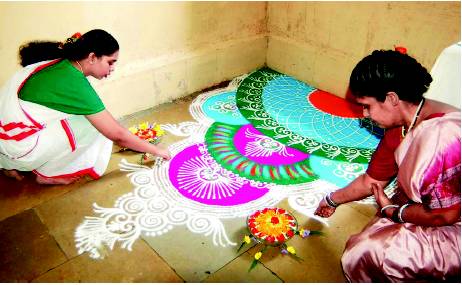 The Gudi Padwa pole-out-the-window is perhaps the holiday’s most recognizable symbol. A silk/brocade cloth flutters over an upside down tumbler at the tip. For company, it has some sugar crystals, neem  and mango leaves, and a garland of red flowers. The inverted tumbler or pot might be of silver or copper or steel, but always metal. The whole contraption has to be noticed by neighbours and passers-by, hence it’s hoisted as high as possible.

Early on Gudi Padwa morning, courtyards in village houses will be swept clean and plastered with fresh cow-dung. In cities, people do some spring cleaning. Women and children work on intricate rangoli designs on their doorsteps, the vibrant colours mirroring the burst of colour associated with spring. Everyone dresses up in new clothes and it is a time for family gatherings. Like all Hindu festivals, the social aspect is every bit as important as the religious one. 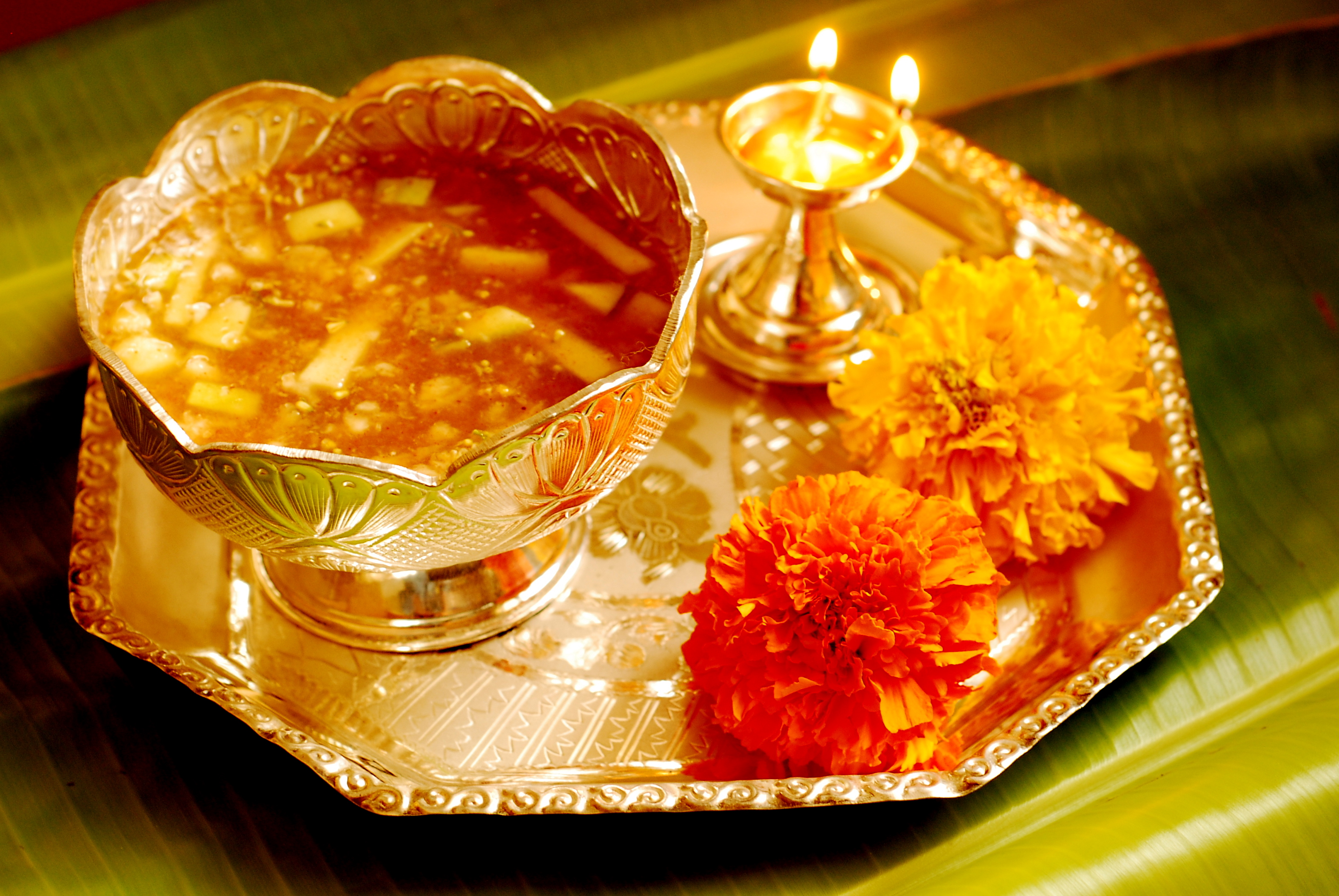 This is a time of joy, of hope and of new beginnings. It may not have the glitter and flash of other holidays, but when it comes to depth of meaning and renewal of the mind and spirit, Gudi Padwa’s hard to beat.

To Hindu and non-Hindu alike, we wish everyone a joyful New Year – and a Happy Gudi Padwa! 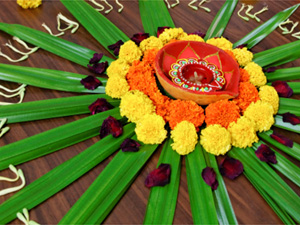