So what if it’s become commercialized? New traditions and new memories are made

As a child vacationing in Palolem with my maternal grandparents, I hadn’t even heard of the Carnaval. (Please note, I am using the Portuguese CarnAval on purpose, not the English CarnIval. We are in Goa after all.)

Middle-class Hindu households like mine, in remote villages, knew little about what Catholics did and celebrated. We were aware of the compulsory Mass on Sundays and Christmases. Some of us maybe knew about Easter, maybe not.

My mother’s generation had migrated to Bombay (it’s re-christening to ‘Mumbai’ was decades away) and we visited Goa in the summer and winter vacations, none of which coincided with the Carnaval. That was another reason for the ignorance.

When I relocated to make the land of my ancestors my home, I took up a job in a hotel near Panjim. That was when I was introduced to the Carnaval. The hotel doctor, the kind Hugo Menezes’ wife told me about how, when she was young, she and her neighbours, cousins and their siblings made fancy dresses with laces and crepes for the event. They decorated their car (one of the few in Goa at the time). And they practised songs and silly verses. They spent money carefully, recycled curtains and hand-me-downs and plucked leaves and flowers to use as festoons. Paper, paint, glue, twigs and very rarely some ornate curios gave expression to creative minds and skilful fingers. Ribbons were stitched into roses, doilies were converted into bonnets and borrowed high-heels were prettied up with mirrors and thin streamers.

This was the time to publicly display one’s talent. Grandparents, great-uncles, toddlers and their parents, all participated. Well, mainly those who lived in and around the cities. The non-participating citizenry lined the traffic-free roads to wave, clap and cheer along familiar faces. In sparsely populated Goa, everyone was either village-mate, school-fellow, colleague or distant relative.

Take her nostalgia with a pinch of salt, my young colleagues told me. It’s more fun today. The boring repetitive music is now peppy, even if it’s sometimes borrowed from Bollywood. Things change, some for the better, some not.

Over the years, thermocole, shiny papers and plastic have made the decorations bigger and more attractive. More cars are on the road. People don’t have to spend out of their pockets, for there are sponsors to help them out. More dances, more dancers participate. Villages have got competitive. Religious connotations have been relegated, the element of fun has began to rule. Today, there are possibly more Hindus involved in this festival than the followers of Christ. 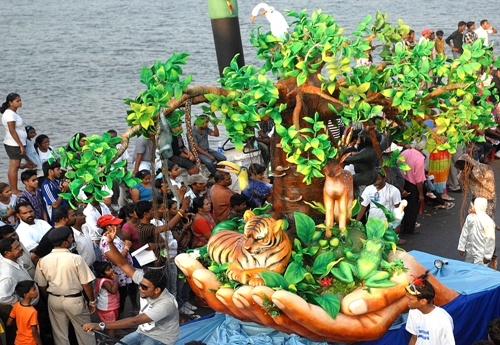 My mother’s generation sometimes refers to the Carnaval as ‘Intruz’ from the Portuguese word Entrudo. After 451 years of rule, Portugal left behind this colourful, cheerful legacy in Goa, the only state in India to celebrate it. Bands, floats, dances, parades are now organized throughout the state to entertain locals and tourists alike.

This year, the Carnaval is from 14-17 February. Lively processions will attract young and old, poor and rich to the route and time-table organized. It’s non-stop festivity for three days. Tradition has given way to contemporary music, clothes, activities. The strumming guitars and base voices are magnified through loud-speakers. Banners declaring the goodness of consumables will jostle for space. Stalls selling drinking water and toys for children will do good business. Traffic diversions will allow us to see parts of the towns that we normally don’t.

Each year, on the last day, well night, actually, in one of the by lanes of Panjim, a club holds its famous red and black dance. 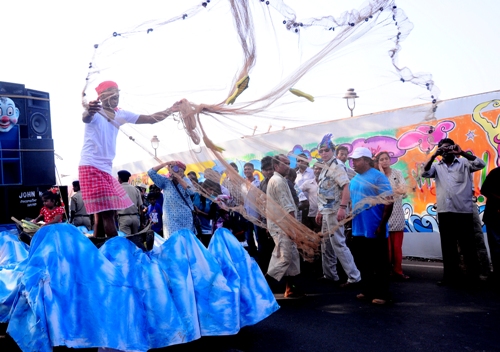 Unusually, this festival was in decline in Goa during the last few years of Portuguese rule. Its revival with the liberation of Goa and its boost to tourism has helped it graduate from a home-grown thing to a big ‘do’ that attracts many hundreds from various Indian states and other countries. People dance with joyful abandon and riotous revelry from Margao to Vasco to Mapusa to Panjim.

This year’s King Momo, is Geovani Bosco Santimano. He will lead the parades in all four towns. He was selected by an event management agency through a contest.  King Momo orders his subjects to party.

Thanks to the television, I now see the Carnaval sitting at home, sipping something chilled, snacking away at any old hour. I hear taped (is this word obsolete now and must I use the word recorded again?) music blending with live instrumentalists and vocalists, all sounds magnified, but not obscenely so. I observe spectators watching the tamasha. I must enjoy this, their expressions seem to imply. It’s amusing that they’re willing to sweat out the humidity, suffer the travails and exhorbitant costs of Goa’s public transport system, search out loos when desperate just to have this compulsory fun. 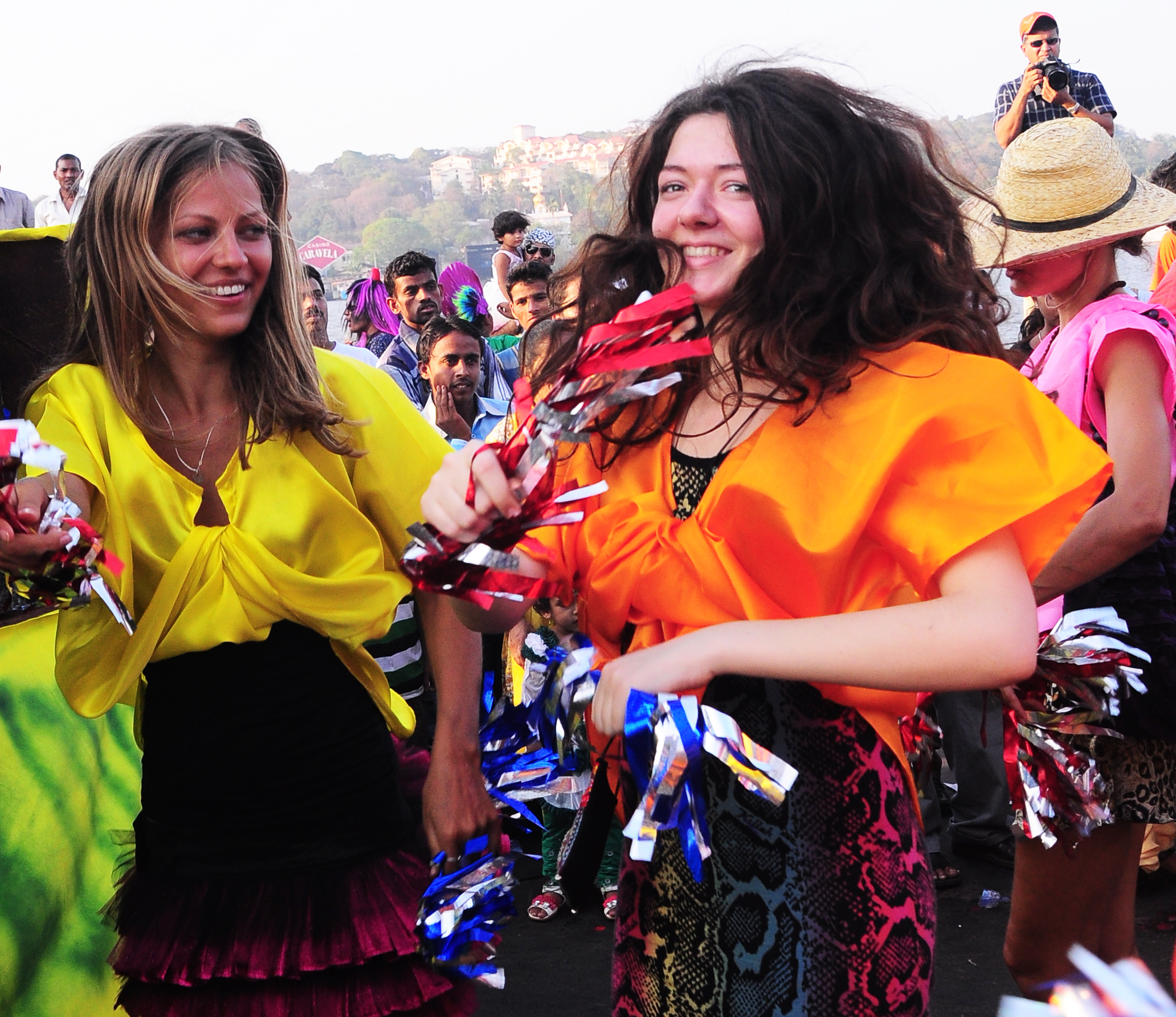 Later, in the village, I will see the frame of a giant peacock or frog or fish/ shell/ ship begging to be burnt fully. Wires, planks, large sheets of colourful plastic will be tossed inside a vacant plot whose owners live far away, across the Arabian or some other sea. Sister garbage from the Narakasura time will give it company.

In another dimension, the laughter of the participants, their families and friends, will echo around digital albums seen on screens in homes across the world, via skype or some other technical method.

More than Ganapati or Christmas, I believe this is the festival that Goans share most with outsiders.