There are some who flaunt every single act of charity they indulge in, sales even if it involves helping a dog cross the road; and then there are those who quietly go about serving society, putting their very life on the line. Meet Florence Mendes, a Montessori trained teacher who is remembered by many as… END_OF_DOCUMENT_TOKEN_TO_BE_REPLACED

There are some who flaunt every single act of charity they indulge in, sales even if it involves helping a dog cross the road; and then there are those who quietly go about serving society, putting their very life on the line. Meet Florence Mendes, a Montessori trained teacher who is remembered by many as the  ‘Hugging Teacher’ and ‘Kadak Laxmi’ !

“If you love children and are patient, then there is nothing to stop you from making the best of this career,” reveals the nurturer at the nursery, whose tiny alumni have now grown up to be her friends on Facebook.

Most people like working under an NGO brand or Institution, however Florence has always lived beyond titles and applause. After training as a counsellor, she started ‘Kids.Com’, an activity and counseling centre at Vagator, which mostly caters to toddlers from foreign nations.

Her ability to empathize with these kids has helped her understand the trauma and psychological changes they undergo at a very young age.  Some of the little ones have had to deal with  substantial difficulties, from drug-addicted parents to family situations with little or no stability.

“Some of these parents have absolutely no time for their children.  Sadly these little ones are a confused lot, and I am glad to be instrumental in being their guiding force. My heart cries when they tell me stories even of what happens in their homes abroad.” 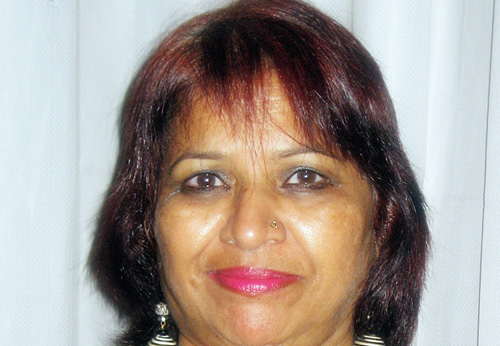 Of course most of the folks who bring their children to Florence are hard-working, honest folk in search of some quality day care. But Vagator being Vagator, with its long tradition of drug use and alternative living, the reality is not always perfectly friendly to the youngest members of society.

“A parent from Denmark related a shocking incident when a few five-year olds were dancing to the music being played by a beach shack, when a group of Indian tourists came up to them and threw 100 rupees notes and told them to ‘come to my house and dance we will give you more money’. Fortunately the kids told their mothers who came running and scolded these tourists.”

Florence does not shy away from hugging the children, no matter what the current politically correct thinking is on the topic – where some oppose embracing a child.

“My children are taught about ‘Good touch’ and ‘Bad touch’ right from the age of 3.  I find it very rewarding when a child screams ‘Teacher!’ from the gate and charges towards me hugging.  Children need hugs from their teachers, especially when they know they have achieved a task after a struggle and many parents and teachers overlook the importance of this gesture,” says Florence.

In addition to her work with the youngsters, Florence is a well-known activist in the Vagator region who has done a great deal to educate people about disability, women’s rights, domestic violence, among other issues.

She  has also been instrumental in creating awareness about autism in Goa and  marked Autism Week in April by wearing blue.  Her work with a Russian child with autism spectrum disorder helped bring the issue to the forefront.  His drawings were published in the local newspapers and his parents were happy to see him improve his speech and take part in various activities.

Florence has done a lot to help those who are  lost and abandoned. She has been handling  cases of rapes, molestation and domestic violence since the 1980`s. Just recently she came across a once beautiful lady, now an  abandoned widow, in a corner of her house lying in her own urine and defecation, with ants crawling all over her. Since she was schizophrenic the neighbors refused to help her, fearing they would be abused. It took Florence over an hour to coax the emergency services and cops to get her admitted to the District hospital.

She believes the government is not doing its bit to provide free medicines to mentally ill patients, which is often a great burden on their relatives. “I do not understand why the patient’s relatives are forced to stay at the hospital? They end up doing all the work the staff is supposed to do and the staff end up drawing fat salaries.” Florence once reprimanded an arrogant doctor, telling him that she was instrumental in paying his salary, being a taxpayer.

“Our older generation did solve many of the marital problems during their time, as there were no counselors at that time,” she muses over the past. “But, as I see it, the verdict was more male oriented. Bedroom matters were never discussed openly and even if one did, the wife was always told to please her husband. ‘After all he is your husband, if you do not have sex with him them where will he go?’ This was what one policeman told a victim of domestic violence. I immediately intervened and informed him of her right to her body and that there is such a case called  ‘marital rape’. Such male chauvinistic mindsets affect everyone.”

Some of the issues she has taken up have instigated a lot of unnecessary rumours and created risky situations. In the year 1983 when she was instrumental in organizing the women of the village to tackle ‘goondagiri’, she received many anonymous letters threatening to rape or kill her. “Jealousy is everywhere. But by and large I am happy to be known as the one who is  fearless and can stand up for my rights, whether it is against stones thrown at our mango trees or being cheated  by any shopkeeper.”

Many villagers remember her by a nickname `Kadak Laxmi`, given to her by a former senior cop; who has witnessed her stand as firm as rock.

“I am just a traveller in this world,” says Florence with a smile, “and I don`t know what lies in future for me but I am blessed to have loving family members, who have  supported each other through our worst travails of life.”

Florence Mendes can be contacted at