We draw inspiration from the era of 1920’s in America that shaped the bar industry and created trends for restaurants that are prevalent even today.

Just off the main road in Miramar, Panjim situated in the quaint hotel of Varanda Do Mar is Swing, the a neighbourhood Prohibition Themed World Cuisine Cocktail Bar. Rather like the popular American sitcom ‘Cheers’ here everybody really does know your name.

As one walks into Swing, the first thing one notices is the that the owners have stayed true to the era with their minimalistic brick and wooden décor and various quirks dotted around the place.  Most of these types of venues in the States in the 1020’s were usually in basements and tucked away back alleys. Known as Speakeasy, or also called a blind pig or blind tiger, these were illicit establishment that sold alcoholic beverages which came up with clever ways to serve their customers. These venues largely disappeared after Prohibition ended in 1933, and the term is now is used to describe some retro style bars. But unlike the dingy basements of a bygone era, Swing is airy and inviting with 1920’s artwork on the walls.

For those that are unaware, prohibition in the United States was a nationwide constitutional ban on the production, importation, transportation, and sale of alcoholic beverages that remained in place from 1920 to 1933.  This movement was let by pietistic Protestants, to end the alcoholic beverage trade and to cure the ills of society and weaken the political opposition and their supporters. These people were commonly known as “drys”. On the other had you hand you had opposition from the beer industry, mobilized by the “wet”, supporters from the Catholic and German Lutheran communities. Various legislatures were passed in that era such as the  Eighteenth Amendment to the United States Constitution in 1920 but the enabling legislation, known as the Volstead Act, set down the rules for enforcing the federal ban and defined the types of alcoholic beverages that were prohibited. For example, religious uses of wine were allowed. Private ownership and consumption of alcohol were not made illegal under federal law, but local laws were stricter in many areas, with some states banning possession outright. Now you think, what a strange idea to follow for a bar, but this ear gave birth to many modern drinks and cocktails we take for granted today.

Mohit Panicker, co-owner of Swing tells us “We draw inspiration from the era of 1920’s in America that shaped the bar industry and created trends for restaurants that are prevalent even today. This era introduced cocktails and much more to bars and restaurants. We pay tribute to this era by naming ourselves ‘Swing!’ keeping in mind that it’s not just a name but also a statement!” 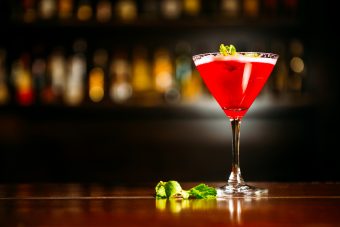 The ‘Speakeasy Menu®’ have been hand crafted by one of India’s foremost consultants and authority on mixology, Yangdup Lama along with Swing’s mixologists, who also happen to be state and national level award winners themselves. With more than 18 years of beverage experience and understanding of global tastes, authenticity, quality this menu features one of Goa’s largest cocktail collections, with an in-depth understanding of alcohol Swing has create a unique menu that features Goan and international spirits and captures the essence of a true speakeasy.  The unique signature cocktails here comprise of Clovers Club Special, Apple Cinnamon Strudel, Elder Flower & Cucumber Collins, Made In India, Whiskey Maple-Apple, Jungle Love, The Konkan (Shooter) but to mention a few along with the classics. 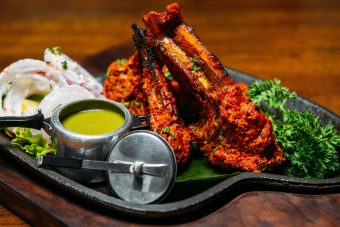 Jennifer Baumgärtner, co -owner of Swing told us “Goan Spirits have largely been ignored by local bars and taverns in Goa. There are many home-brew liquors and liqueurs available in Goa that have never been tried in cocktails, like the local orange liqueurs that can easily replace any foreign brand and still give the same taste and quality. As a cocktail bar, we hope to draw creativity from these brands and impart knowledge that create awareness and appreciation for Goan and international spirits alike.”

From their travels around the world and India over the last few years the owners have been inspired by many flavors. The menu is based on these experiences and has been created using modern, earthy and traditional techniques to ensure a gastronomic journey for their guest. The food menu as Swing includes many European and American dishes made famous in the Speakeasies but they have also has decided to stay true to their Goan and Indian roots to complement the cocktail menu. One can just pop in for drinks and ‘munchies’ or sit down for a full-fledged meal at lunch or dinner. Some dishes that are a must try and signatures from the Speakeasy menu are; Baked Broccoli with cheese sauce and served with garlic bread, Raw Papaya Salad, Deviled Eggs, half cut, boiled eggs stuffed with a spicy Tuna mayo mix, Chili Corn Carne, Herbie Sliders which are mini burgers made with herbed Lamb mince, sautéed Mushrooms and Onions served with fries, a popular favorite are the Buffalo Chicken Wings. One can also find Grilled Prawn, Pork Ribs marinated with herbs roosted in the oven and served with BBQ sauce and Grilled Red Snapper served with the chef’s top secret sauce and a choice of condiment. 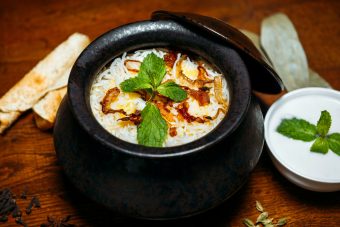 Other than that, here at Swing they have taken things a bit further by introducing their “Indian Sampler” menu that features a mix of gourmet and Indian street food made with authentic flavors which emphasis of freshness and seasonality. A very unusual dish but that is becoming a favourite amongst many is the Tandoori Fruits with their signature sweet and sour chilli sauce served with fresh seasonal fruits smoked and grilled in the Tandoor. One can also choose from other signature dishes such as Stuffed Paneer Tikka and another favorite is the Amritsari Fish, lightly battered Fish that is crunchy on the outside and molten on the inside served with a mint chutney and Mutton Seek Kebabs done in the typical traditional north Indian style. Moving onto the mains one can choose from many dishes but another signature here is the Keema Chana with an unusual combination of Lamb mince stewed with brown Onions and Kabuli Chana and the Tiger Prawn Biryani is well worth a try.

“The prohibition era introduced Swing music, cocktails, socializing, speakeasies and similar things that has birthed and inspired these modern times and we hope that we have done justice to it here at Swing” adds Rohit Monsorate, co-owner of Swing.