A New destination for travellers and tourists

ccor today announced the opening of the Grand Mercure Goa Shrem Resort. Nestled amidst the serene countryside of lush paddy plantations, relaxation reigns at this upscale Goa resort. This breathtaking property just off North Goa’s bustling nightlife and beaches is designed as a magical hideaway where time stands still and the serenity of the location rejuvenates you. Owned by the Shrem Group and managed by Accor India, this enchanting getaway is situated on the calm and inviting corner of Candolim road and is only 40 minutes from the airport by car.

Whether relishing an intimate couple’s hideaway or a retreat for the entire family, the 121 rooms and suites at this resort offers havens of space and coziness. Commenting at the launch, Mr. Nitan Chhatwal, MD, Shrem Group, said, “We are delighted to be associated with the Grand Mercure brand in India, and are confident of Grand Mercure Goa Shrem Resort being a preferred choice for travelers. With this association, we plan to bring the best of hospitality to leisure and business travelers to the region”.

Designed with travelers’ passions in mind and aiming to offer the very best of Grand Mercure hospitality, the resort aims to delight the shopaholic, the gastronome, the spa enthusiast and the nature lover. With an exclusive array of local offerings including the select Kajahbeedi, Kings Beer,Soda Codd Masala Shikanjvi,guests at Grand Mercure Goa Shrem Resort will be enamored by a string of upscale experiences.

Mr. Manish Dayya, General Manager, Grand Mercure Goa Shrem Resort, said, “Our aim at the Grand Mercure Goa Shrem Resort is to create a memorable experience for all our guests. The resort has been designed as an upscale escape for families and couples offering solitude, comfort & a well-deserved holiday slumber! With unique dining concepts on offer, the resort strives to delight guests’ palate with an array of flavours”.

The Taste of Goa is coming alive

Goa ForGiving in association with the CCP is organising a Food, Music & Art Festival on the 9th, 10th & 11th of January 2015. “Taste of Goa” 2015 which will be held as part of the New Year 2015 celebrations. UK-based celebrity chef and TV show host Cyrus Todiwala along with a team of 4 acclaimed British chefs will present Goan and International cuisine. The three day event will also feature traditional Goan folklore, dance, music and showcase sights, sounds and flavors of Goa.

Speaking to the press Mr. Armando said “it is a good thing that it is a bad year for tourism, for a simple reason that this gives Goa an opportunity of changing the axis on which tourism rests”.  He also said that a large number of restaurants will be participating who will be coming up with their own specialty menu for the three days.

Goa’s Entertainment king, Mr. Francisco Martins spoke on the set up of the Festival which will be designed by him. He said it will be somewhat like the set up at the samba square which takes place during Carnival, but this will be more related to food.

Speaking on the Chefs’ Forum, Vasco Alvares owner of the famous “Vashquit” food joint said, “ with the 5 celebrity chefs coming down to showcase their local cuisine, it will give an opportunity to our Goan chefs to present to them our Goan cuisine as well. It will be a good platform for Goa to promote its local Cuisine as this festival will be marketed at an International level”.

Also speaking on the Chefs’ Forum, Mr. Armando said that it we encourage the Goan housewives too, to come forward and learn the tricks of the trade, and maybe teach the International culinary artists some things of Goan food as well. 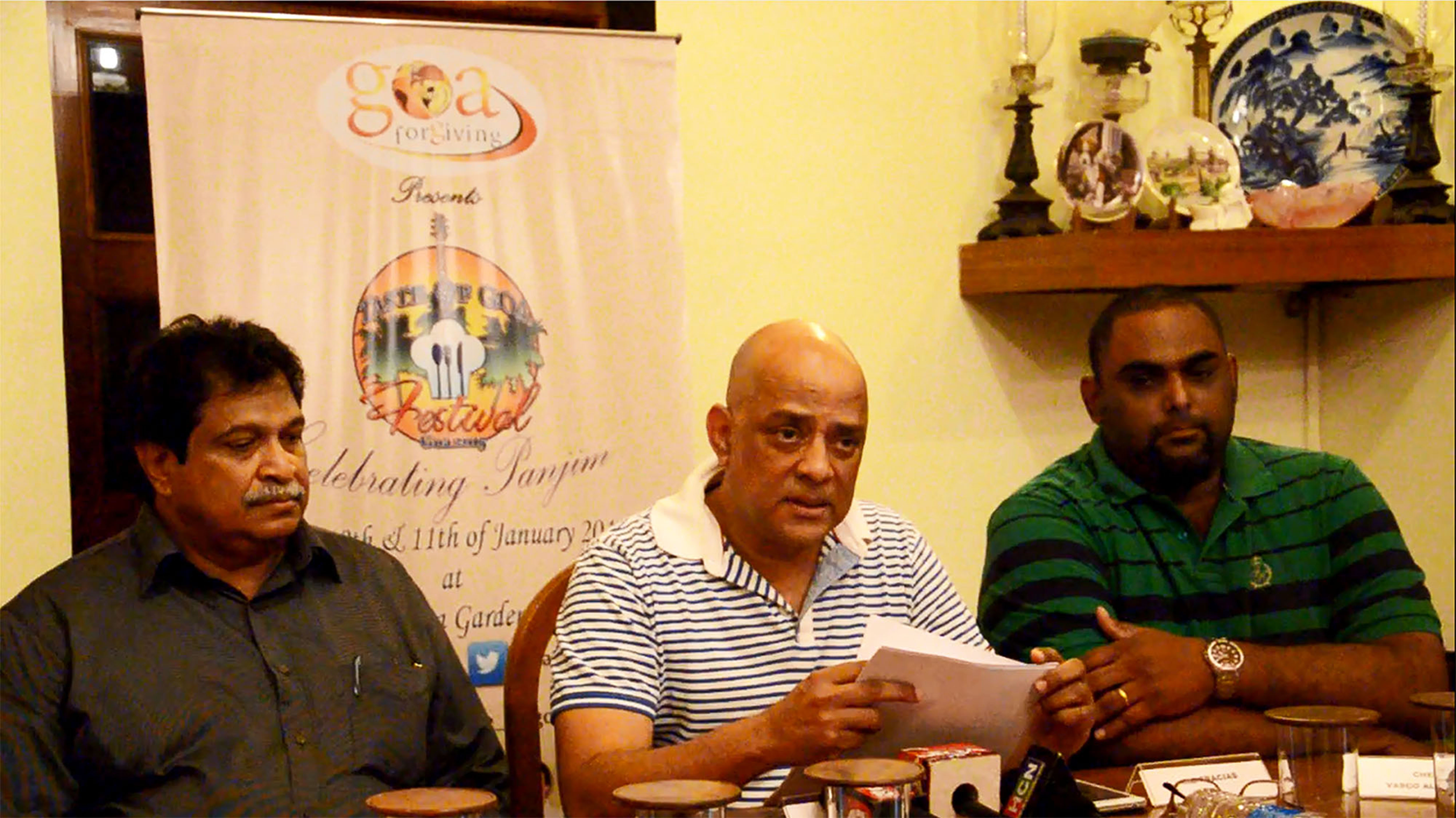 Royal Stag MTV Unplugged has left the entire nation spell-bound over its last three seasons and is now back with a bang again. Get ready for an enthralling musical experience as some of India’s most talented artists perform the biggest chartbusters, live on stage. Season 4 of ROYAL STAG MTV UNPLUGGED starts with a 13 city concert tour which began in Goa today. The tour will continue to captivate audiences over the next two months in various parts of the country.

Commenting on the latest season of the Royal Stag MTV Unplugged, RAJA BANERJI, ASSISTANT VICE PRESIDENT (MARKETING), PERNOD RICARD INDIA said  “Royal Stag is proud of its continued association with the music industry in India. In a very short span of time, ROYAL STAG MTV UNPLUGGED has made an indelible mark on the music scene in India.

Mikey Mccleary performing with singer sumar Sridhar and his troup. 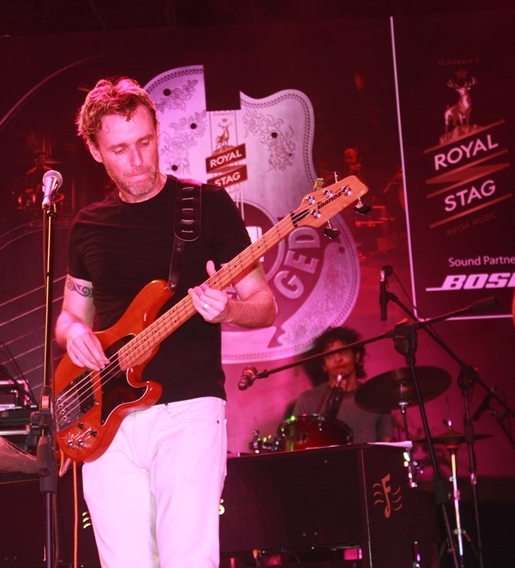