Urban nightlife in Goa Up until fairly recently, the bar scene in Panjim was pretty simple. You had your local bars frequented by the rough, the humble, the downtrodden and the drunk. Then you had your five-star hotels with their patrons from India, abroad and the moneyed classes of Goa. And of course the occasional… END_OF_DOCUMENT_TOKEN_TO_BE_REPLACED

Up until fairly recently, the bar scene in Panjim was pretty simple. You had your local bars frequented by the rough, the humble, the downtrodden and the drunk. Then you had your five-star hotels with their patrons from India, abroad and the moneyed classes of Goa. And of course the occasional restaurant bar that seemed more of an accessory of the dining room than any kind of destination in itself. With the notable exception of Down the Road, standalone pubs in the Goan capital were few. If that was what you were after, you would have been well advised to head to the beach belts of the North and the South.

In the past year, however, things have changed. With the arrival of watering holes like Funtasia, Café Mojo and Butter – taken together with the well-established Down the Road – Panjim is slowly acquiring a funky little nightlife of its own. Who would have thunk it? You no longer have to head to Baga or Colva to groove the night away!

And this brings us to the subject of this article – Butter. It opened just this year. It’s a small space in a part of Panjim hardly associated with anything even remotely fun: corporate headquarters, courier services, multinational businesses, a biryani joint. So how did Butter achieve success at the age of barely three months? Surely the answer is not just about the credentials of owner Gregg Furtado and his years of experience as a club mastermind, most notably in the form of an establishment of the same name that once operated in Candolim. People do not hang out at a night spot because the owner has experience. They do so because they like it. (Full disclosure: It was Gregg who procured the fine specimen of a Harley Davidson that Streets used to showcase our sari-clad “Granny on a Harley”). 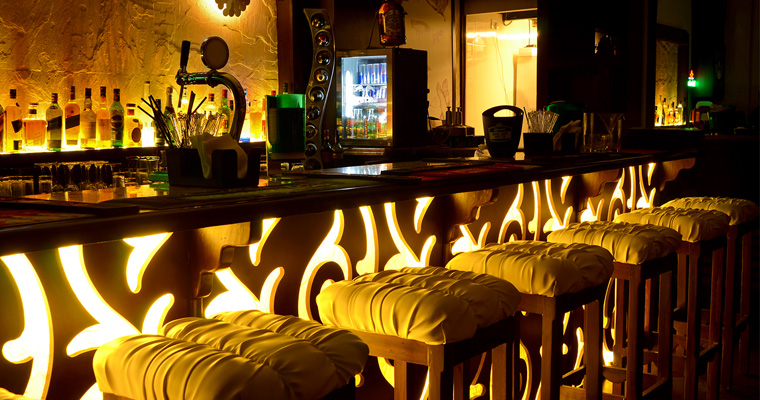 And now we come to the heart of the matter. Butter is popular despite being an infant because it knows what the people want and delivers it to them. More rock & roll, jazz and hip hop than house or trance. Singers as well as DJ’s behind the console (often very good singers, including Crystal Farell). An ambience as chic as it gets in Panjim. Food and drink that rock as much as the music.

Butter is a place where captains of industry groove alongside university hipsters. Where the ratio of guys to girls doesn’t tilt overwhelmingly in favour of testosterone. Where dancing is spontaneous and conversation is possible.

Now the fact that all this happens in the most commercialized section of Panjim – an area of town laying claim to the state’s tallest buildings (granted, we’re not talking about skyscrapers) and the most upscale industrial enterprises – gives Butter a certain urban air that until now hardly seemed possible in Goa. On any given night, Butter’s substantial crowds spill out onto the cement terraces outside, beneath the multi-storied buildings of Patto, driving home the point that yes, in the end this really is a city bar. And a good one at that.