An insider’s guide to romancing the City of Love by Neena Jhanjee, certified travel buff and founder of Diva Odysseys

An insider’s guide to romancing the City of Love by Neena Jhanjee, certified travel buff and founder of Diva Odysseys

“We’ll always have Paris”, Humphrey Bogart tells Ingrid Bergman in the Hollywood classic, ‘Casablanca’, and no one-liner could have summed up the spirit of the French capital better. Paris is the stuff of great romances and once-in-a-lifetime memories, a complicated, eclectic and multifarious city that has a way of living up to its legends. Celebrated and romanticised for its history, architecture, cuisine, culture and elegant French ways, the City of Love is one of the leading tourist destinations in the world and draws over 27 million tourists every year. So what is it about Paris that casts a spell over the most hardened and cynical travellers? I always believed there is much more to Paris than its mainstream tourist attractions, and my assumptions were proved right during a recent visit to the fabled city. Here is my handcrafted Parisienne itinerary for first-time travellers as well as repeat visitors, which takes you beyond staple guidebook suggestions, and into the heart of this impossibly romantic city.

If you are in ‘Gay Paree’ for the first time, take a tour of its most iconic attractions. The elegant spire of the Eiffel Tower, the vast collection of paintings by the masters at the Palais du Louvre, the magical night cruise down the river Seine, the world-famous cabaret at the Moulin Rouge – each of these wonders will give you a taste of why the city is such a show-stopper. A great way to soak up the charming vibe of the city is a walk along the river Seine. The vibrant pedestrian walkways are peppered with cafes and scores of stalls selling art, souvenirs and rare and unusual books.

Make your own perfume

I associate Paris with fashion, chocolates and cheese. But did you know that it is also the perfume capital of the world? The city is home to historic perfume houses and cutting-edge parfumeries. And here’s the unexpected twist – not only can you shop for internationally renowned brands in the city, but you can make your own perfume as well. Bespoke perfume is one of Paris’s best-kept secrets and I set out to create my own signature scent at one of the top-end perfume studios in the aristocratic Le Marais district.  The process of creating a personalised perfume was fascinating. The expert at the boutique helped me pick the base, middle and top notes that I wanted from a bouquet of fragrances. It took me an hour or so to create a blend that was quintessentially-me, adding fragrances millilitre by millilitre. I must say I am thoroughly pleased with my creation, ‘Diva’. Not only did I get my own bottle of bespoke perfume, but since the formula is stored in the studio’s records, I can ask for the same blend to be shipped to me when I run out. Ah-Enchanté!

Paris is a city that never stops eating, and food is a religion here. The options on offer run the whole gamut, from eclectic bistros to the best gourmet restaurants in the world. Start at the top of the food chain – Paris is touted to be the birthplace of haute cuisine, so book yourself for an evening of unabashed gastronomic indulgence at one of its seventy-odd Michelin-star establishments. From Le Meurice to Pierre Gagnaire, you’ll be spoilt for choice.

After you’ve blown a hole in your pocket, eat like the Parisians do: at quaint neighbourhood bistros where you can tuck into lip-smacking fare at reasonable prices. The city’s streets also spill over with atmospheric cafes where you can enjoy a meal on the sidewalk,  ‘en plein air’ or out in the open, as you take in the interesting people, the good-looking waiters, the sunshine, and well… Paris!

If you’re tired of listening to broken English, I recommend The Lizard Lounge, an English pub in the middle of Marais. Apart from its intriguing decor (featuring  a lizard splayed on the wall) and British/American-style food, the cherry on the cake are the waiters who speak fluent English. The ‘Sinatra Burger’ is a must-try, as is the signature drink, ‘Cheap Blonde’.

Paris is best experienced off-the-beaten path, and Giverny, just 80 km out of the city, is one such hidden gem that usually slips under the tourist radar. The picturesque village’s biggest attraction is that it was the home of Impressionist superstar, Claude Monet. The artist’s home and its gardens, which feature in his most famous works, have now been turned into a museum which is open to tourists. An excursion to this village in Normandy is recommended for art lovers as well as nature and history buffs. 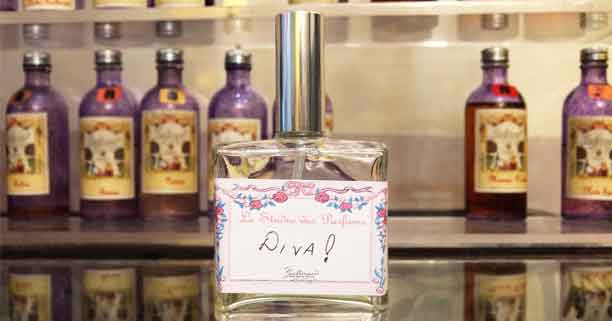 Neena Jhanjee is the founder of Diva Odysseys, a luxury tour operator offering experiential vacations for solo women travellers. A travel aficionado and self-confessed nomad, she gave up a successful career in finance and private equity to start her dream travel venture.  www.divaodysseys.com .

When is the best time to visit Paris? Summer is widely touted the most popular time to visit Paris. As for me, I prefer the time ‘just after’ summer. The weather is still beautiful and you can enjoy the beauty of Paris without the hordes of tourists and better prices for hotels and flights.

What if I don’t know French? Parisians are notorious for their unwillingness to speak English. However, I barely found a soul or two who couldn’t speak English (or wouldn’t). That said, it’s a good idea to carry around a French phrase book.

How do I get around the city? Walking/cycling is the most popular way to get around Paris.  Pick up a Metro Parisien when you land in the city. Make sure you exchange at least some of your currency into euros. Paris banks charge ridiculously high fees for cash withdrawals from foreign cards and they do not offer the best exchange rates either.

What is the weather like? Paris experiences light showers throughout the year. Though they are not much more than drizzles, it is always prudent to carry a small umbrella with you at all times.