Some Goan secrets will never be known.

The churches of Old Goa are hundreds of years old, prostate and have seen many events and peoples from varied cultures come and go. The walls and vaults of the churches still tell stories to the curious visitor. Some of those mysteries may never be fully revealed. Let us look at five fascinating facets of these churches.

The Church of Our Lady of Divine Providence attached to the St Cajetan Convent, popularly called St Cajetan’s Church, is the only church in Goa with a Greek-Cross plan, with its arms all equal. The centre is topped by a dome. The pulpit of the church has intricate carvings, among which is the cashew fruit with its nut! The cashew was brought to Goa from Brazil by the Portuguese, ostensibly to curb hillside erosion. Beneath the massive dome stands an altar, under which, in turn, lies an underground tank. The tank is believed to have been excavated to drain the foundations of the church building. Others believe it was the site of an earlier temple.

The Se Cathedral was built in 1562 to 1651 in Old Goa, during the Renaissance and Mannerist phases of Europe. It was built in the reign of six kings, most of them being Spanish, ruling during the time that Portugal was annexed to Spain (1580-1640). Though the design of the cathedral was commenced by other architects, the main work was done by architect Julio Simao, who was probably of Norman origin. He arrived in Goa with his wife and two daughters in 1597. Between 1616 and 1622 he finished the nave and side chapels; in 1628 the crossing and the entire building in 1631, according to scholar Jose Pereira. By the time the portal was erected in 1651, Julio Simao was dead. It is believed his bones lie interred somewhere in the crypts of the magnificent cathedral he built. Where? We don’t really know. 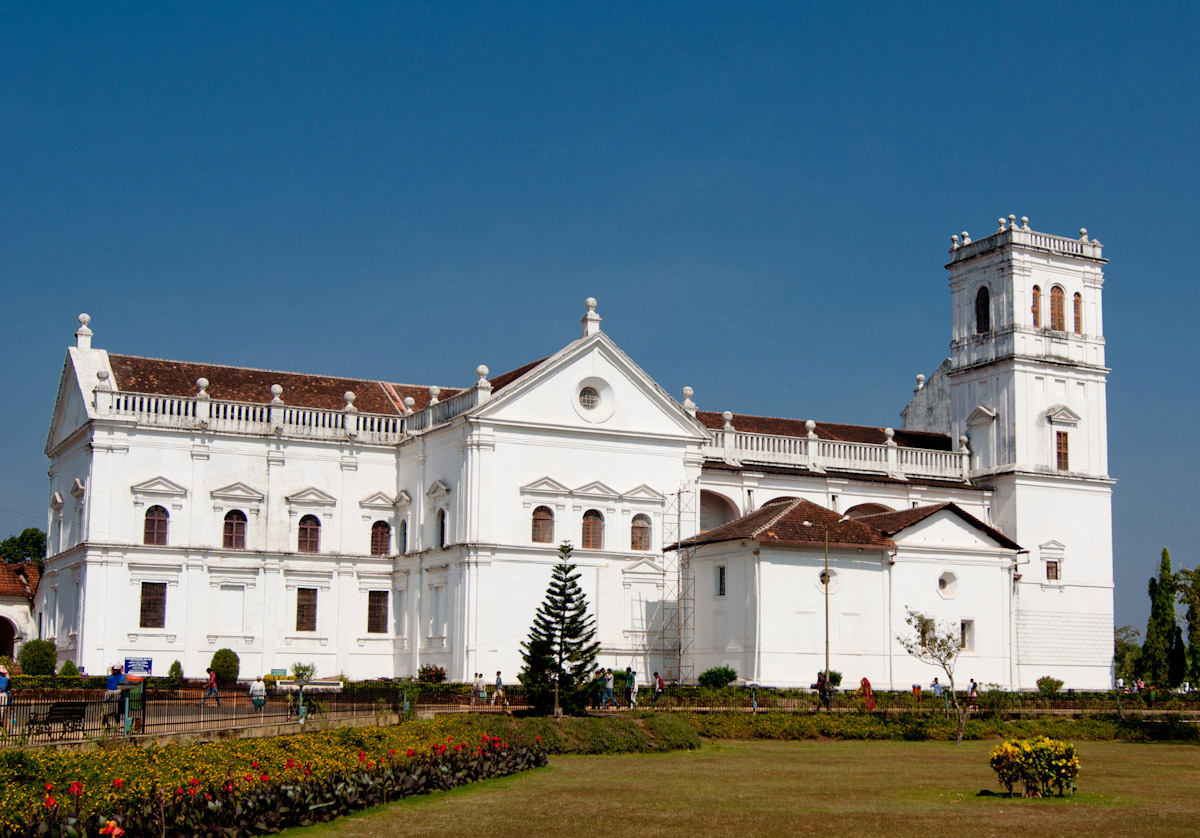 The Relics of Queen Ketevan

Queen Ketevan of Georgia died as a martyr in Iran, tortured and strangled to death in 1624 by the Persian emperor Shah Abbasi when she refused to change her faith. According to legend, the relics of the queen, including  her right arm bone was brought to Goa by Augustinian monks in 1627.  A team from CISR, the Centre for Cellular and Molecular Biology (CCMB), the Archaeological Survey of India and the Estonian BioCentre, with experts from the fields of history, archaeology and genetics published their view that a 400-year-old relic unearthed at the Augustine ruins is quite likely from the remains of Queen Ketevan. 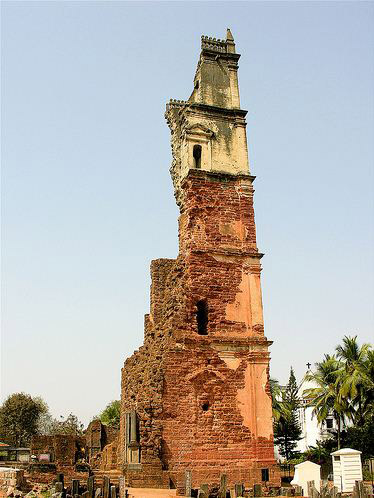 The inscriptions on the crypts embedded in the floors of the Old Goa churches have always been fascinating. Most of the inscriptions on the stone covers are in Latin, carved across the face of the granite. But there are two stone slabs in the sanctuary area of the Church of St Francis of Assisi that are not in the easily recognisable Roman script used for Latin. These letters belong to an archaic pre-Roman Gothic script of the medieval period. Simply goes to show the diversity of European traditions that existed in Old Goa at that time. 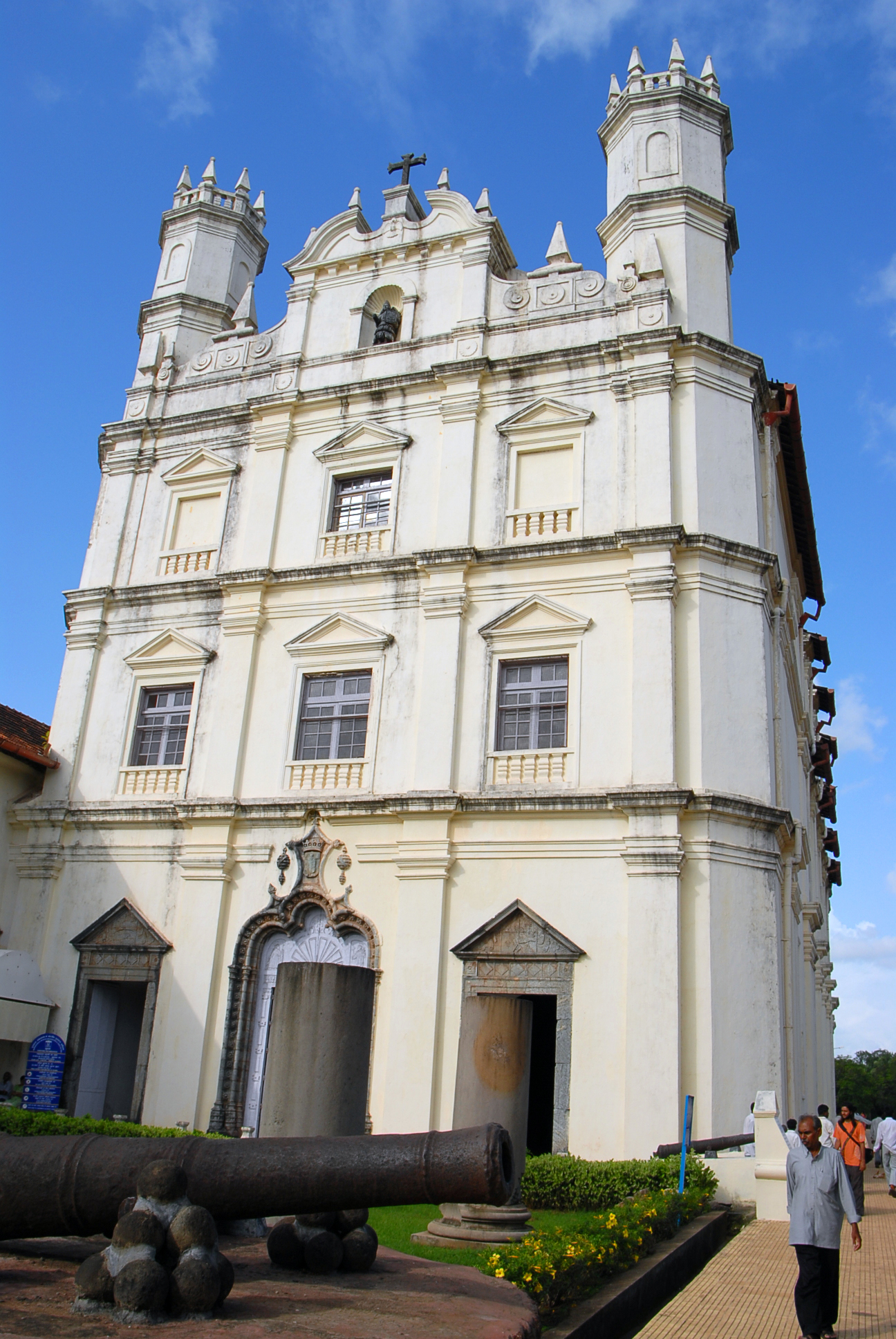 The Santa Monica nunnery complex at Old Goa includes the Museum of Christian Art as well as the Chapel of the Weeping Cross, where tears are believed to have flowed down the face of a crucifix of the chapel. In the process of the ongoing restoration of the chapel, the elaborate wooden pulpit was dismantled, only to reveal an older pulpit within, consisting of a semi-circular stone slab projecting from the wall. Interestingly, there is an identical pulpit at the Rosary Church just a stone’s throw away. The Rosary pulpit has a stone pedestal supporting the slab, while the Weeping Cross pulpit only has the stone slab. 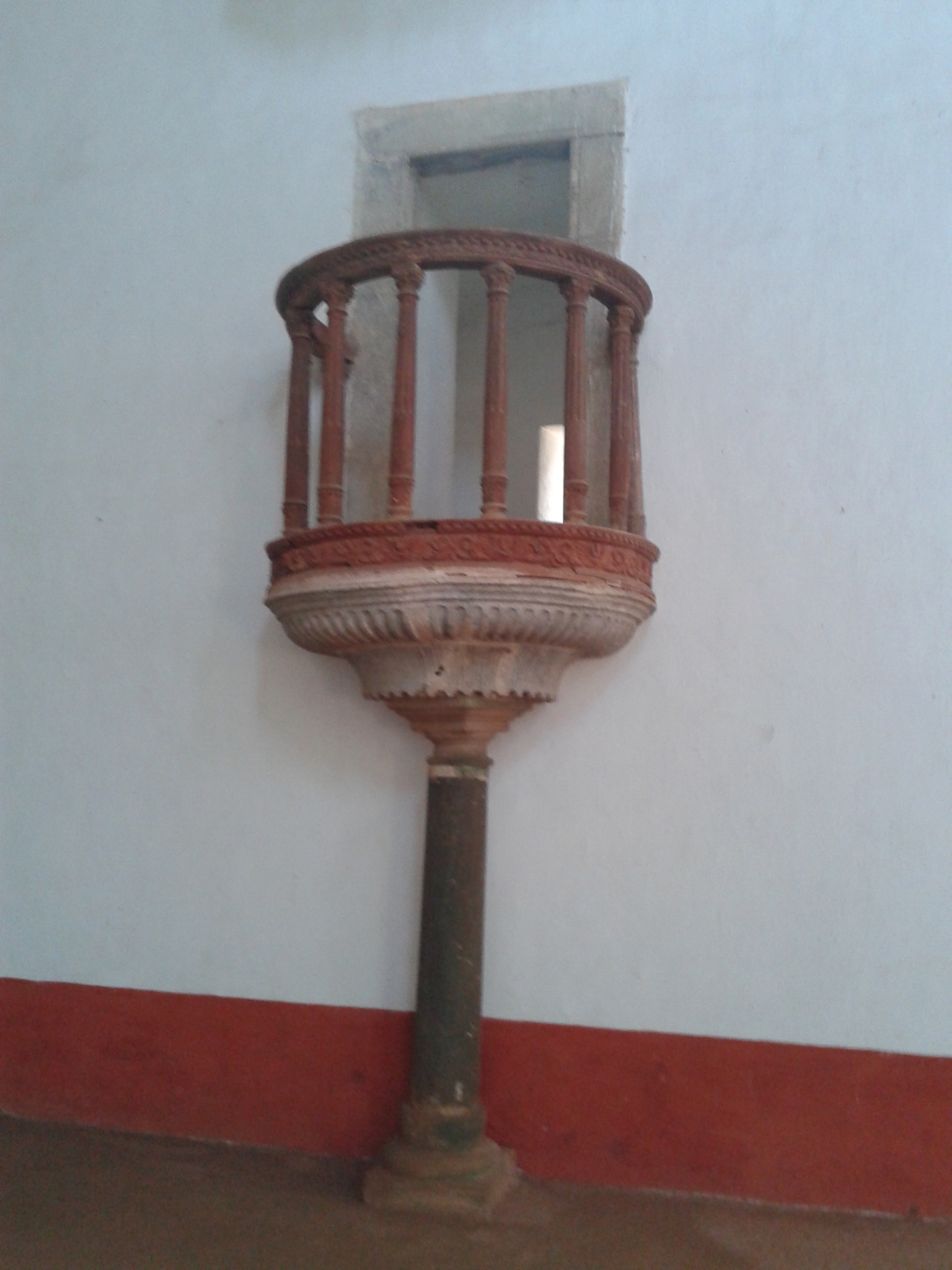 Every visit to these churches can throw up something new for the discerning enthusiast. Grab a camera and shoot those intricate gilded details inside and outside these edifices. You may just discover something new.