It was a dream come true for me to interview Meena Alexander, view a well known poet and the author of Fault Lines, the memoir we read as a text book at college. The internationally acclaimed writer attended the 6th Edition of the Goa Arts and Literature Festival earlier this month at the International Centre Goa.

Born in Allahabad, India, Meena Alexander spent her formative years in Kerala and Sudan. She is Distinguished Professor of English at Hunter College and at the CUNY Graduate Center in the Ph.D. Program in English.  Her latest volumes of poetry include Illiterate Heart (2002),Raw Silk (2004) and Atmospheric Embroidery (2015).

Ambika Kamat: How does the act of creation unfold in your writing?

Meena Alexander: For me, a poem basically begins in my mind with an image. The image is left as it is, to grow on its own, as I shift to some entirely different activity such as a walk in the park or cooking. I invariably end up burning my veggies while I think about the image subconsciously! The period that a poem might take to develop from the image varies considerably. I once wrote a poem in two days, whereas the poem titled Moksha that appeared in Atmospheric Embroidery, based on the Nirbhaya case,took me two years to write.

AK:  Do you set out a theme before embarking on your writing?

MA: No. I don’t think of a specific theme before starting to write. I believe that the poem has to find you. Once an idea has caught hold of you the poem develops from there. 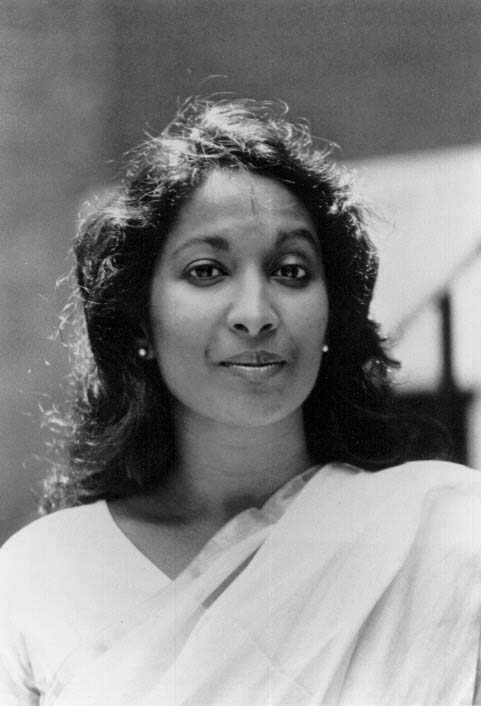 AK: What, according to you, is the bond between reading and writing? Which writers have shaped your thought?

MA: A writer must read. I personally like reading Wordsworth, Jayant Mahapatra, Adrienne Rich and Galway Kinnell. They have influenced me in multiple ways.

AK:  As a writer, do you go through a phase called the ‘mental block’?

MA: Yes, I do. I have many incomplete poems, and books that have not been published. I don’t even know if I will ever complete some of them. The published work of a writer, I feel, is essentially only the tip of the iceberg.

Ambika: What advice would you give aspiring writers?

Meena Alexander: I would advise young writers not to give up. Not to lose their heart. Trust your voice. Writing is about clarity and grace rather than money.