If there is one person who’s the undisputed father of culture in Goa, it is Victor Rangel-Ribeiro.

Above story originally published on 23.02.17

EDITOR’S NOTE: The Goa Streets series, “Trailblazers of Goa: Passionate People Who Make A Difference” features amazing photos and interviews with those who break convention, obliterate barriers, seize new opportunities and inspire the rest of us. We have asked each of our Trailblazers the exact same questions, including what they’d change about Goa if they could be King or Queen, and what their secrets are. This week’s Trailblazer is Victor Rangel-Ribeiro, one of Goa’s most celebrated writers who also happens to be a former musical conductor and an inspirational teacher and mentor to countless individuals. When you read Victor’s answer to the question about whom he’d invite to a party if he could invite any five people, dead or alive, see if you can solve the riddle Victor has set for us about guests 4 and 5! Trailblazers of Goa pictures have been taken by noted photographer Eugen Hanley, with words by long-time writer and world traveller Hilary Lapedis.

If there is one person who’s the undisputed father of culture in Goa, it is Victor Rangel-Ribeiro. Aged only 91 years, he’s softly spoken and slight of stature. But, he is a giant. Victor is more than the sum of his parts, which include award-winning author, musical conductor, journalist and teacher. He reminisces about evenings spent with famed musicians like Julian Bream and Pablo Casals, and his time as director of the International Chamber Orchestra. His novel ‘Tivolem’ is required reading in classrooms in Goa and around the world. Victor is as fiery and charismatic now as he ever was, with two books coming out in his ninth decade of life.

We’re sitting in Victor’s stunningly beautiful and lovingly restored Indo-Portuguese villa in Porvorim, the same dwelling that housed his ancestors. His baby grand piano has pride of place and you know that this is not just a show piece. Reminiscing on his departure from Goa in 1956, he takes me to a world long forgotten -taking months to travel by sea from Bombay to the U.S., via Great Britain, charming the immigration official in Tilbury Docks into looking the other way when his Indian documents seemed at odds with his status as a Portuguese subject, struggling to find work in the United States as a new immigrant. His stories are like a good book that you can’t put down: mesmerising and page turning.

Victor has spent much of his life outside Goa but his writings, especially ‘Tivolem’, reveal just how much Goa means to him. ‘Tivolem’ was awarded the Milkweed National Fiction Prize and shortlisted for the Crossword Book Award. It is set in a fictional village near his home in Porvorim and evokes his childhood memories of Goan village life.

Speaking Portuguese, English and Konkani wasn’t enough for Victor, who went on to learn Hindustani, Marathi and Gujarati – and then most of the Romance languages as well. He decided to learn German just because he contracted German Measles and needed to converse with his illness! His favourite language and preferred nationality is “wherever I am at the time.” Victor just oozes a charming mix of vitality and serenity, and he revels in living in the moment. Sometimes, though, he admits that he feels sad even amidst his unbridled joy because “it’s all going to end.”

His musical career included conducting the International Chamber Orchestra, funded by the Ford Foundation, and serving as music director of the Beethoven Society of New York, successfully guiding it to membership in the Lincoln Center. Throughout the 60s and 70s, Victor was a well-known provider of musical information, owning and operating an internationally known musical bookshop in New York City and sharing his collections at the Aspen Music Festival in Colorado for 11 years. Victor still conducts the Goa State Orchestra when he’s back in his homeland, and he is the author/editor of a number of important works of music non-fiction.

Victor worked with underprivileged students in Harlem, New York (not the easiest teaching gig) and was a longtime university professor. He has long been committed to enriching the literacy and lives of the less fortunate, and worked as a senior journalist with such publications as the National Standard (now the Indian Express) and the Times of India. He credits his work as a journalist with giving him writing discipline and honing his skills as a writer.

What would he put down as his occupation? “Writer or editor because people are impressed with that!” He never leaves home without his fountain pen. He has a book coming out in March- Selected Short Stories 1949-2016, featuring immigrant stories and a tale from the time of Christ in the Holy Land. One of Victor’s career highlights was getting a story accepted by The Illustrated Weekly of India in 1947 – a Goan take on Sherlock Holmes: ‘Sherlock Gomes’! Even now, he is very much a part of the Goa Writers’ Group.

Victor’s melodic voice and constant chuckling sometimes belie his angst-ridden personal narrative. He ends our chat by telling me about his family life in pre-liberation Goa and I feel like a character in his novel, ‘Tivolem’. His grandfather ran a printing press for the Correo de Goa which was very anti-Portuguese. He takes me to a bolt hole that his grandfather would hide in whenever the Portuguese authorities raided the house, hunting him. Victor was well into adulthood the first time he was shown the hiding place, and now I get that privilege to witness the realities of Goan times gone by.

Victor Rangel-Ribeiro’s zest for life, commitment to literary and musical excellence, and lifelong quest to make the world a better place should inspire us all.

Victor, you make a difference! 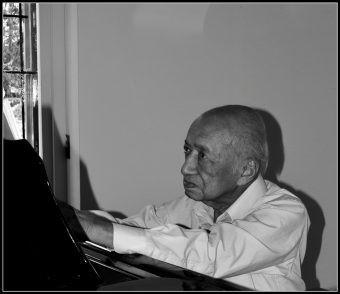 Victor Rangel-Ribeiro: Because of my experience this time around, I now have to use the past tense. Two things inspired me: the generally bucolic atmosphere of the place, and the openness of the population, welcoming of strangers. NH17 has done away with much of the rural feel – our once quiet streets are now foaming rivers of cars with out of state license plates. Our once-green hills are now topped with grotesque high rise apartment buildings; our villages have lost their characteristic architectural homogeneity; as to our traditional Goan welcoming attitude, one can still drop in on friends and relatives unannounced, but now it is prudent as well as considerate to call ahead: people here are adjusting to a faster pace of life. However, one tradition still persists: one can still arrive unannounced at mealtimes, and an extra plate will promptly be set for you at the table.

I am also inspired by the enormous growth in literacy, and the eagerness of our youngsters here to learn and improve themselves. Our colleges are packed with students whose positive attitude bodes well for our future as a people.

If you could become King or Queen of Goa for a day, what would you change about it?

I would outlaw caste right away. If I then survived an immediate assassination attempt, I would hardly know where to go next. Banish the casinos? Pull down the billboards that are disfiguring the once-pleasant view? But both these eyesores and several other problems have arisen because of the lack of significant controls, rigorously applied. Raintrees have been cut down in Panaji before people even knew what was happening; mangroves are destroyed in the same wanton manner; now we learn that roads are being built in a way that encroaches on the already diminishing number of paddy fields.The Mandovi, that river known to Cleopatra’s sailors and bustling with activity even into the 1990s, is now clogged with stationary casinos. Where is the oversight? But it would be fair to say that almost all these blots have their roots in the corruption in our midst; so, perhaps item no. 1 would be to root out corruption, and item no. 2 would be to restore good,responsible governance. Let me change that order: If as king I made sure that a good government came into power, that government would by its very definition end all corruption.

If you could throw a party and invite any five people in the world, living or dead, whom would you invite, and why?

2. Beethoven because when I listen to or conduct any of his music it makes my pulse rate rise. I would ask him whether, on revisiting the world, he now agrees that most of the metronome markings he specified in the 1800s are really much too fast, or does he think much of his music should be played at the speed of light?

3. Pulqueria Vaz e Pinto. I want to thank my mother for holding our family tightly together through what were sometimes very difficult emotional and financial times.

4. A president of a powerful country, so he could meet Guest No. 5.

5. My Mystery Guest would quietly remind Guest No. 4, and indeed the entire world, that the meek and the poor are indeed blessed, and that it is important to love one’s neighbours as one loves oneself, no matter what their country of origin, their race, or their religion and of course the people of Goa could proudly claim that the Second Coming took place, though briefly, at a fellow-Goan’s dining table.

My hope is that Goa will continue the progress it has made in education as well as in raising the quality of life and the standard of living. My dream is that the new generation will develop a moral fiber and civic sense that will help put the good of all above personal greed.

Please tell us some secret about yourself

My secret is that I have lived almost all my adult life in the shadow of my father. Not that I ever resented him, quite on the contrary; but he was a man who excelled in whatever he touched. The noted poet and educator Armando Menezes made that point when he raised the toast at my sister Lyra’s wedding in 1951: “Oscar and Pulqueria Rangel-Ribeiro have raised five brilliant children, but not all their brilliance put together can match that of their father.” I am at peace with that. 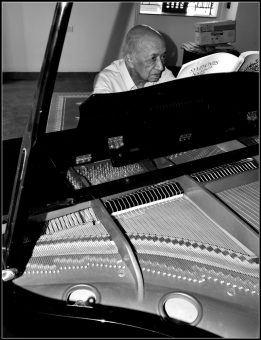