Sensorium – Edition {love}, an annual festival at Sunaparanta – Goa Centre for the Arts, once again brings path-breaking  theatre, music and art to Goa. Founded by Dattaraj Salgaocar and curated by Siddharth Shanghvi, this festival features novel artistic events spaced over a month, starting from 14th December.

The evening at the Centre’s premises at Altinho in Panjim began with performance art, rendered by  Atish Saha, a Bangladeshi artist. Saha’s work reflects the limits of the body and the position it puts itself in order to survive. He performed ‘Open Wound’, playing out a melancholy alien clown in search of love. Wearing a bulbous contraption covering his head and face, he sat on the lawn breaking eggs on a sheet of glass. He then lit candles and sat on a swing suspended from the branch of the tree, swinging for many minutes. He then clambered up a ladder and settled on a branch, where he sat immobile for 20 minutes. But for the wine that kept spirits high, people appeared bored to tears. “It’s about how you engage continuously in daily events,” Saha told me later.

The next show was by Jana Prepeluh, who lives and works between Slovenia and India. Her work has consistently looked at ‘love’, its presence, its absence, its loss and its immortality, and the relationship between the instinct to live and the drive for death. Draped in a flowing white gown, with red rose petals strewn around, she sat in the courtyard with the sound of a heartbeat in the background, breaking the bangles on her wrist, unfolding white pieces of cloth with the words ‘love’, ‘passion’, ‘lust’, etc. inscribed in red. “For me love is eternal. This performance emerged when my fiancé died,” was her cryptic comment. 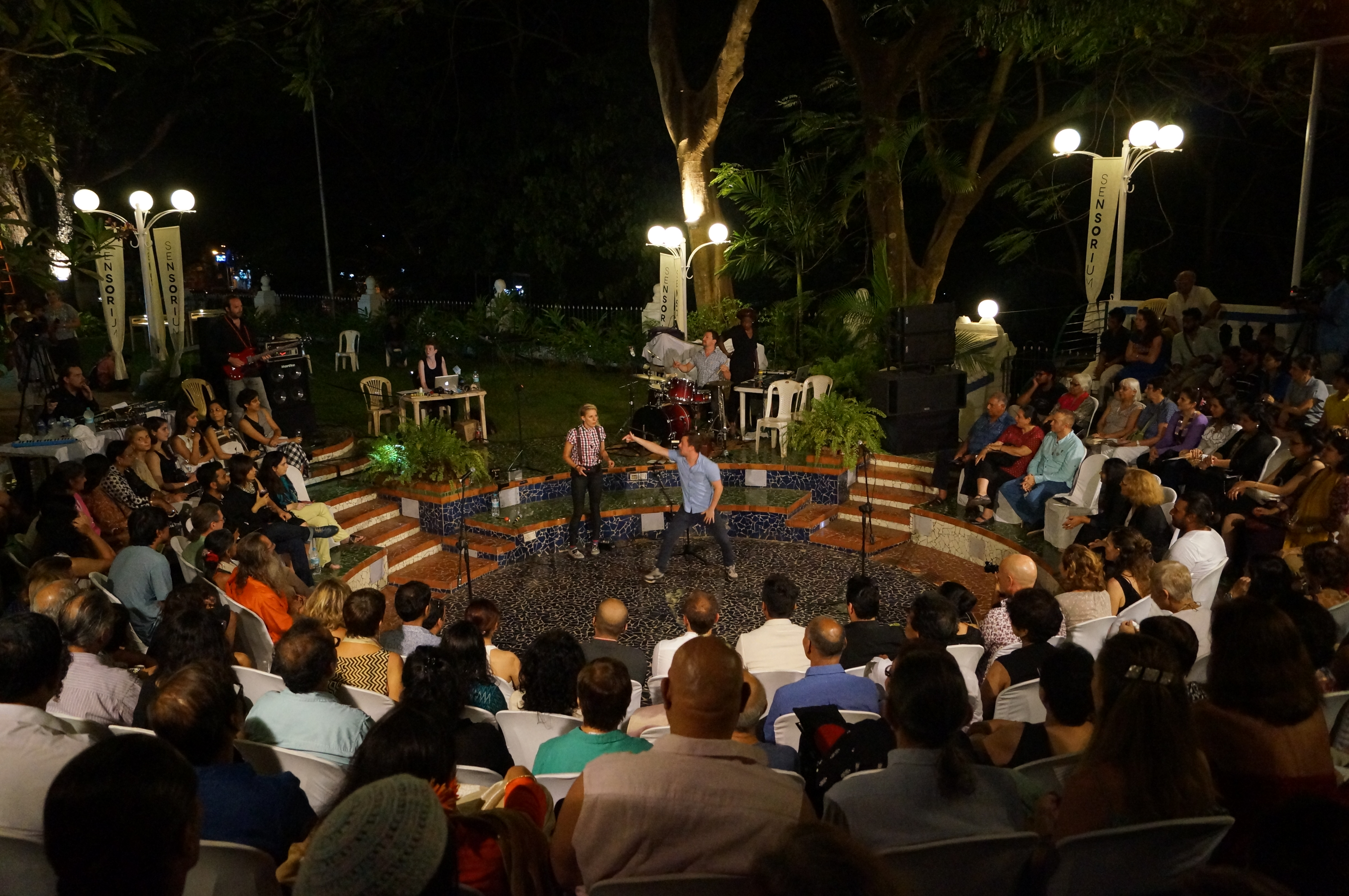 Himanshu Suri, a New York based rap and hip hop artist of Indian origin, talks about his identity as an artist living on the edge in a mega-city. Draped in a sari and then a long black gown, his ‘Momma’s Boy’ explored the toll addiction takes on familial love. “Many mothers accompany their adult children, to purchase drugs rather than see them experience withdrawal,” Suri explained.

The performance art show was followed by a preview of Sensorium’s exhibition of paintings. The icing on the cake for the evening was the performance of Shakespeare’s Twelfth Night by Filter Theatre, a British theatre company, directed by Sean Holmes. Filter’s theatrical style uses sound very imaginatively, and no play of Shakespeare’s yearns for music and song, as much as Twelfth Night. With no sets or costumes, it’s reminiscent of a rock n roll remix, replete with cross gender antics. On this first tour to India, the play looks back on the farcical mix-ups caused by twins, a show that trembles perpetually on the brink of music. The actors play multiple roles, and often press microphones to their brows, these devices seeming to pick up the music of their mind.

Sir Toby Belch (Dan Poole), a drunken reveller, is an anomaly in more ways than one. The only character in a period dress, he is decked out in a huge ruff doublet and pink hose. Orsino (Harry Jardine) the count, is as much in love with love, as he is with Olivia, and calls for it in the famous opening speech, “If music be the food of love, play on…’ 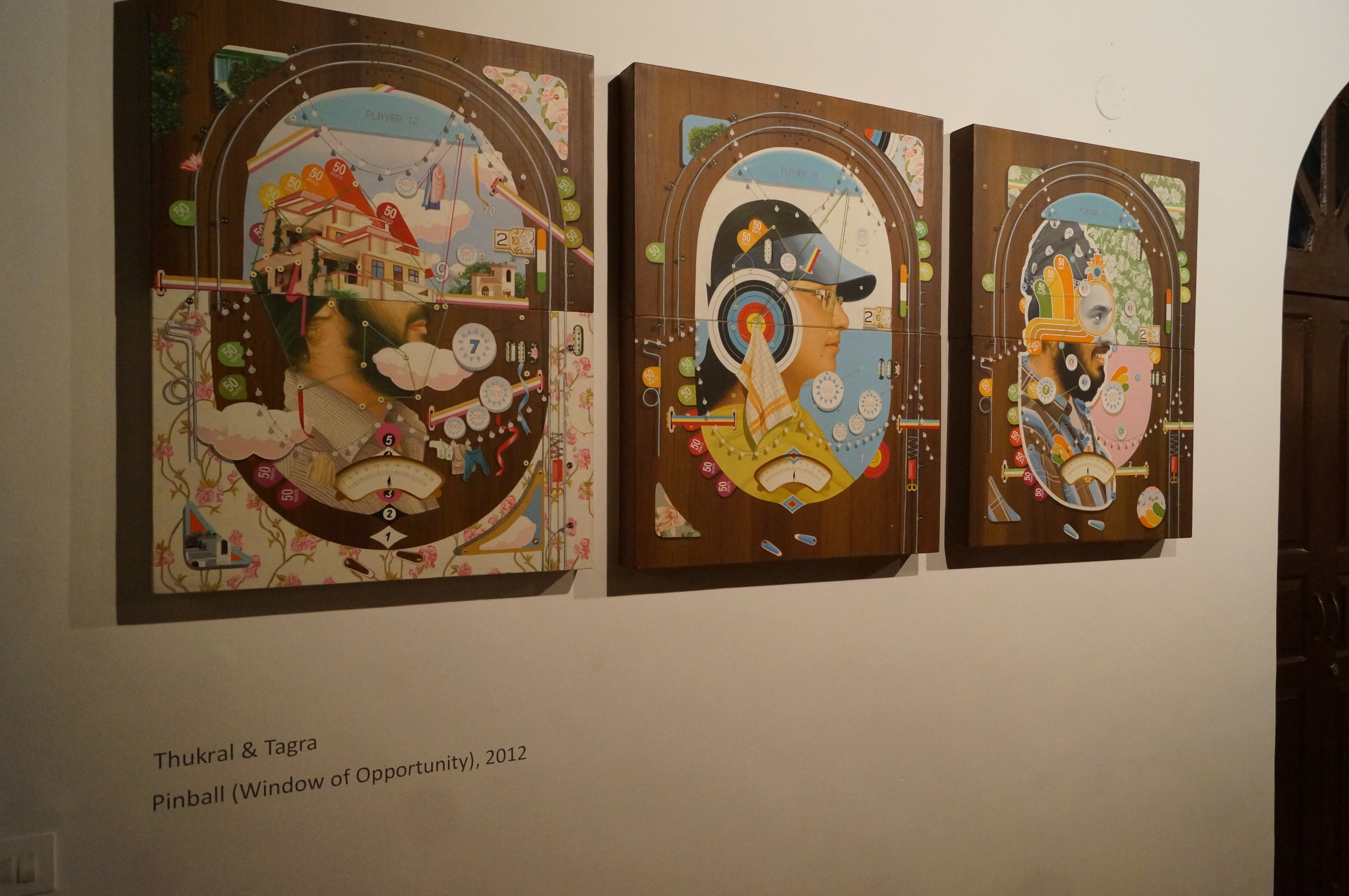 Malvolio ( Fergus O’Donnell) the steward is a frustrated rock star with pathetic private dreams. Maria (Sandy Foster) briefs Olivia ( Ronke Adekoluejo) about her new surroundings in the impersonal tones of a BBC shipping forecast seeping through a transistor radio! They flit among the audience, pointing the microphone at the musicians, Alan Pagan and Fred Thomas to illustrate motivations. This first experience of Filter Theater’s art in Goa evoked a thunderous applause.

Martin Shippen, Filter’s marketing producer said, “Filter is an experimental theatre. Twelfth Night is ambiguous, and not just sexually. Using Shakespearian words in a modern way, it’s not traditional, but in the spirit of Shakespeare. It appeals to young people who fall in love and get excited. At my age, it’s ‘Ah! What was that about!’ No audience is alike. The way the character changes from one city or country to the other amazes us. Some respond to text, others to music. What’s great is that you see things in the mind’s eye. I get the impression that in India, we may be more of a novelty in the context of classical theatre.’

The play is touring eight cities in India, doing twenty performances, over a four week itinerary. 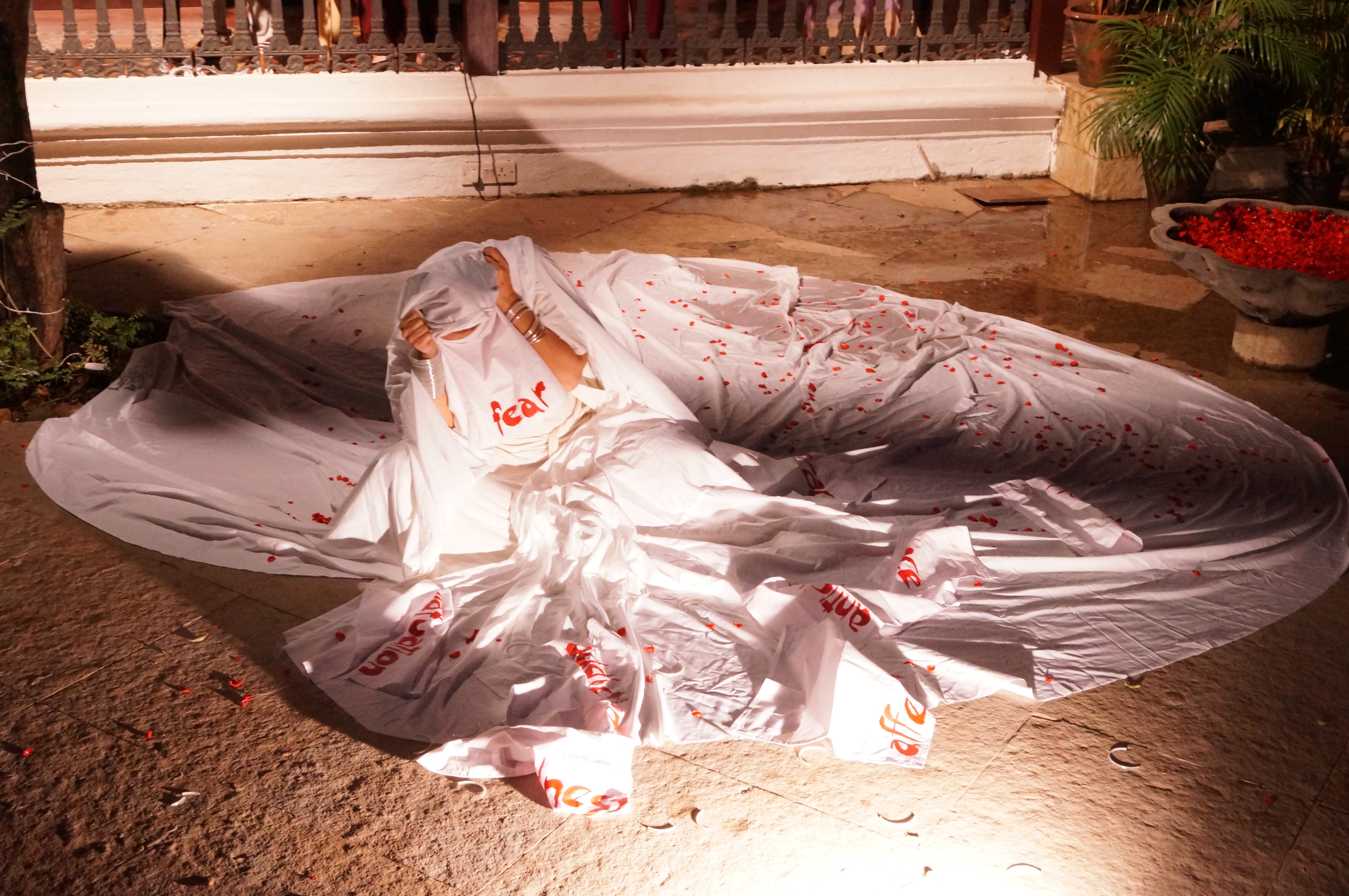