Trailblazers of Goa: Passionate People Who Make a Difference

Donald Fernandes is a Santa Claus for Every Day

Housing and Feeding the Poor: One Day at a Time

EDITOR’S NOTE: The Goa Streets series, “Trailblazers of Goa: Passionate People Who Make A Difference” features photos and interviews with those who break convention, obliterate barriers, seize new opportunities and inspire the best in us. We have asked each of our Trailblazers the exact same questions about their lives and hopes for Goa (see bottom of this story). It is a privilege to announce this week’s Trailblazer, Donald Fernandes, who perhaps has done more than anyone else in the state to feed the hungry. The example set by Donald and his organization “Street Providence” is particularly poignant during this season of giving. Read on to find out how Donald “played” his way into the Limca Book of Records. Trailblazers of Goa pictures have been taken by noted photographer Eugen Hanley, with words by long-time writer and world traveller Hilary Lapedis.

As many of us are preparing to feast at Christmas and gorge on New Year’s Eve, already planning to diet in January, Donald Fernandes, 42 from Sangolda, reminds us of those who remain hungry. His food bank nourishes all in Goa who can’t afford the price of food. Be it the local families who come each night to St. Diogo’s church in Guirim or those who are fed via the fridges in Mapusa and Sangolda or watered by a free filtered water tap nearby; or the nightly food run at Mapusa’s taxi rank. Donald feeds and nourishes the hidden and neglected.

Playing Santa Claus all year round to Goa’s poor is a role he doesn’t shout about. In fact, getting him to agree to be photographed for this feature took plenty of persuasion. His modesty extends to his reluctance to brag about his role in ’Street Providence’, a service that is a one-stop shop for the needy. Rescuing people like Rajesh, 30 from the streets: with a shave and a bath, and providing them with shelter and hope. Rajesh was noticed by Donald’s team of spotters who contacted him via WhatsApp. Hopelessly addicted to alcohol, Rajesh needed support. Now, living at ‘Street Providence’s’ beautiful house in Porvorim, he’s sober and even has a job as cook in the refuge.

But what drives Donald, one of 13 children where “food was always short” to give up his dairy marketing business to spin his spider’s web of anti-poverty networks? What gives him the energy for his drive this coming January with the Government of Goa to assist the forgotten and desperate living at garbage dumps? The answer can be found on his group’s Facebook page, where the images I saw reminded me more of Delhi’s poorest slums than anything one would expect to see in India’s richest state. “It’s Give With Love”, he says. Not charity. “It’s unconditional.”

With his ‘Street Providence’ home in Porvorim, he can comfortably house 20 men from the streets. (He has permission to provide housing to males). Often mute from years of isolation or speaking without recognizable language; habituated to scrabbling for anything remotely edible like twigs or grass, these men are shaved, bathed, fed and offered a second chance. With an enforced routine to enhance self- respect, some inevitably can’t cope but his successes in integrating them back into society hugely outweigh any recidivism. Unlike many shelters, Donald provides a home where, if they wish, they can stay permanently. Rasik lay in hospital recovering from surgery to amputate his leg. As if that weren’t trauma enough, his family then abandoned him. ‘Street Providence’ was alerted. Now re-homed in Porvorim, he has hope.

With a commercial background in food, Donald became increasingly disturbed by the sheer volumes of food wastage. The food bank was born four years ago in his family kitchen and has grown immensely in the last six months. Today, with over 25 fridges operating as food banks, his team feeds 2000 needy people every day and hopes to increase this number to 10,000 in the coming months.

“Wherever you are in Goa, you will find a food bank within thirty minutes from you.” Any person, restaurant or hotel with unused food can pack it in food grade plastic bags and take it to a bank. WhatsApp Donald and your food is on its way to feed others’ needs. Now that’s a deposit worth making! He’s going to be tying up with petrol pumps to utilize their fridges as food banks. Fuel up your vehicle and fuel up the poor. Using this food to feed up to 150 people in Panjim or Mapusa; at the ‘Street Providence’ house in Porvorim or at St. Diogo’s church in Guirim, your food donations are never wasted.

Now registered as an NGO, his funding comes from individuals’ donations. He has 60 volunteers all over Goa and four workers for ‘Street Providence.’ Through his liaison with other NGOs, Donald has created a network of organisations who give unconditional support and nourishment to those in need. Whilst we were at his Sangolda house, members of another NGO who had spotted some 25 hungry people roaming the streets of Mapusa at 7 pm, came to Donald for a food pickup.

Donald’s day is action packed and he fizzes with energy and commitment. His charisma is such that Anselm De Souza, a Goan living with his wife and children in Mumbai, read of his work on social media and immediately packed a bag to work at the ‘Street Providence’ house in Porvorim. Future plans include establishing a medicine bank and more houses to shelter the poor.And what of the Limca Word Record? In 1996, he cycled 40 kilometres whilst playing the violin! This is in addition to a second world record for playing guitar and harmonica while riding on a motorbike. Setting new records for nourishing and caring for the poor, Donald is truly a trailblazer. 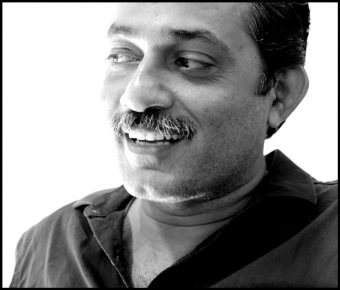 Our uniqueness and our culture

if you could become King or Queen of Goa, what would you change about it?

Free food, water and education for all below poverty line

Touching and bringing a smile to 1 person everyday without expecting anything back.

A Goa where everything is for the Goans , by the Goans and with the Goans.

I never get tired of doing the best I can 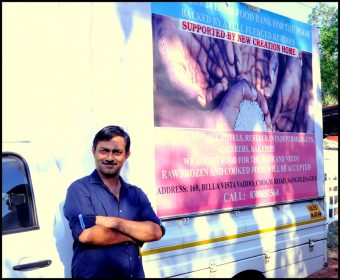