Lady fingers, medicine Peace and Marrying Your Own Here’s an idea for anyone in search of the “real Goa” – untouched by mining, try concretisation or tourism, where people and life remain simple, where a vegetable, not a rave or a casino or a full moon, gives it fame. Welcome to the island village of… END_OF_DOCUMENT_TOKEN_TO_BE_REPLACED

Lady fingers, medicine Peace and Marrying Your Own

Here’s an idea for anyone in search of the “real Goa” – untouched by mining, try concretisation or tourism, where people and life remain simple, where a vegetable, not a rave or a casino or a full moon, gives it fame.

Welcome to the island village of Santo Estevão, one of the few unspoilt bastions of Goa.

Ok, so maybe the farming life isn’t as strong as it used to be. And maybe lots of the younger folks are leaving for jobs overseas. And perhaps the residents’ propensity to marry amongst themselves does seem strange.

Still, the lure of Santo Estevão is the lure of community. This is a place where you know everyone you meet, and where people still look out for one another.

“There is camaraderie among villagers here like nowhere else in Goa,” says local resident Sushant Tari

Also known as Juvem (island in Konkani), Santo Estevão is most famous for its premium seven-ridged, light-green and long lady finger (bhenddo), or okra. That’s why many people refer to villagers as ‘bhendde’. 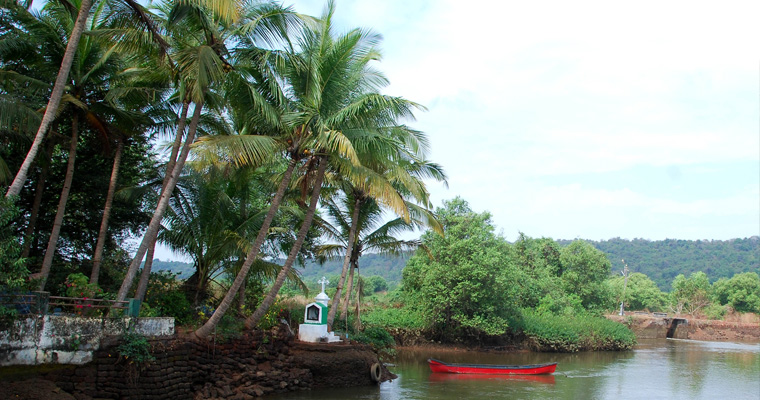 Sluice gate (manos) across a stream

Thirty kilometres to the east of the capital Panjim, the village is accessible by two routes: a ferry at Ribandar, 4 kilometres from Panjim, and by road over a 200-metre bridge that connects the village to the village of Marcela. It is encircled by the Mandovi river on all sides and was connected to the mainland by this bridge only in the mid-1980s.

Also called the isle of vegetables, the island village has, however, seen the agrarian tradition fading over the years. Today a majority from the Catholic-dominated village prefer jobs overseas and aboard ships to soiling their hands in the vegetable fields.

In his mid-forties, Sushant Tari is an artist who has done well for himself in the event management field in Mumbai. Looking at his impressive achievements in metropolitan Mumbai, it is hard to believe he schooled in this village soaked in archaic traditions.

“Wherever we may be, the hearts of all Zuvemkars will always be rooted in our village back home,” Sushant adds, providing a glimpse into why those who have stayed behind have so vehemently fought off land sharks and developers to retain the village’s ‘unspoilt’ character.

Sushant credits St Tereza’s, the Convent School he attended in the village until his Secondary School Certificate Examination (Grade X), for the values he imbibed to stand on his feet in life.

One of Santo Estevão’s most well-known customs, still largely followed today, is to look for soul-mates in the village itself. For centuries it has been a way of life for the islanders to marry within the village. This tradition has been dented a bit in recent times, but generally, villagers prefer that their sons and daughters walk the aisle in the village itself.

The tradition is more visible in the nearly 5000-strong Catholic community of the village, and some villagers attribute it to the fact that being an island, Santo Estevão was largely cut off from the outside world. 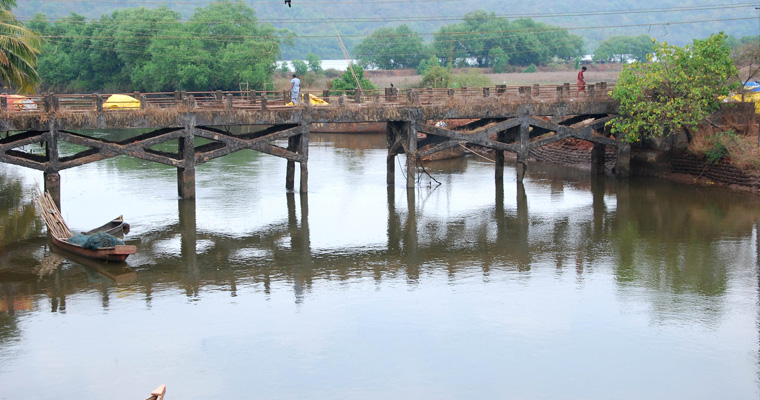 But others like islander Sapphire Rodrigues have another take. The village’s compactness, he says, leads to boys and girls liking each other during their schooling years. They then tie the knot as they grow older.

Santo Estevão also has a rich history and a unique natural beauty manifested by its hilly terrain, verdant green vegetable and paddy fields, and the thick mangroves that line its river banks .

The village fell to the Marathas, when the Maratha Emperor Chatrapati Sambhaji conquered it from the Portuguese in 1683. But the island was re-captured by the Portuguese with help from the Mughals within a year. A fort from that era, originally built by Adil Shah and later strengthened by the Portuguese, has been recently restored by Indian National Trust For Art and Cultural Heritage (INTACH).

The village is also known for its famous sons. Angelo da Fonseca, who was born there in 1902, for instance, went on to become one of India’s greatest artists. His works are displayed worldwide in major cities. A student of Abindranath Tagore, his depiction of Christian themes through an Indian aesthetic idiom did not go well with the local ecclesiastical authorities. He was expelled by the Portuguese for his drawings and paintings including one of the Virgin Mary in a traditional Goan kunbi sari.

This Shakecho Juvo (isle of vegetables), as folks call it, has an unique charm. “I never miss the opportunity to go to my village even if it is for a few hours. It makes me feel good… to breathe the fresh air, meet and interact with co-villagers and childhood friends,” says Mapusa’s Deputy Superintendent of Police, Serafino Dias. Scores of others also do what Serafino does, go back to their village for no specific reason. Only to satisfy their nostalgic urges and recharge their spiritual and emotional batteries! 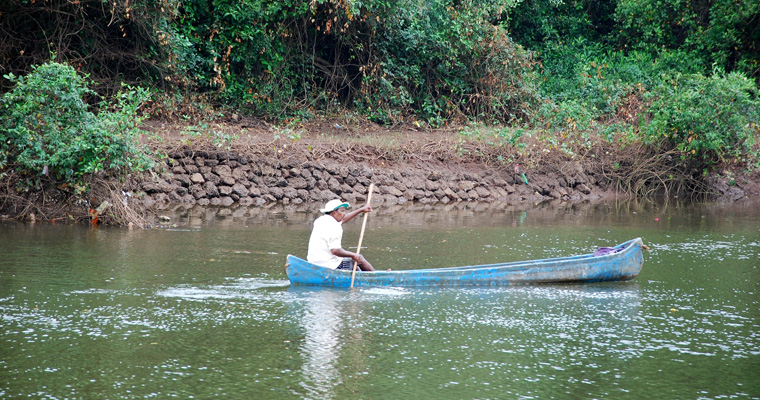 .A A fisherman sets out for the day